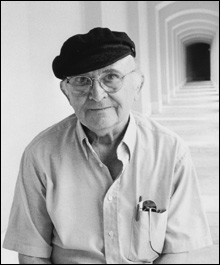 The release last week of Laish, Aharon Appelfeld’s latest book to be translated into English, provided an excellent excuse to celebrate the Israeli author’s long and prolific career.

Originally published in Hebrew in 1994, the novel follows a band of mainly elderly, eastern European Jews, flawed but faithful, on their seemingly hopeless pilgrimage to Jerusalem. Narrated through the eyes of Laish, a teenager, it is a believable story, sad and even romantic, that is entirely symbolic. If it is not Appelfeld’s best work, it is nonetheless an important contribution, and as Naomi Sokoloff wrote in the Forward, it goes a long way towards illuminating his life and trajectory as an author.

Here’s how William Giraldi, in an excellent review at bookforum.com, sums up the 77-year old Appelfeld’s career: “In his growing body of fiction—a novelistic kaddish—Appelfeld employs the right words, the only words, to pass along the story that should never have been. Being labeled a Holocaust writer might indeed irritate Appelfeld, but no living novelist—not Wiesel, not Amos Oz—better chronicles the spiritual vacuum and extreme disorientation that ensued in the aftermath of Auschwitz. Whatever critics choose to call him, we require his witness.”

One of the world’s most concise writers, Appelfeld tends to leave the limelight to a younger, more political generation of writers, also has some sharp but controversial insights into contemporary Israeli culture: “Tel Aviv and especially Jerusalem, have become more like Warsaw, Lublin, and Krakow than like kibbutzim,” he told the Forward. “It’s ironic. That is to say, there’s no longer a great deal of difference between the Jewish life that was in Warsaw and here. Maybe there it was more deeply rooted, more based on faith. Maybe there was more Jewish knowledge there, but still you’re in a small Jewish village here.”

His take on literature, too, is profound, and almost jarringly appropriate in the context of today’s spiritual vacuum: “Good literature, and it doesn’t matter if it’s optimistic or pessimistic, good literature provides beauty — a certain measure of beauty,” he says. “It lets you see the movements of man’s soul, movements in which there is beauty. Spiritual pleasure then is what literature can provide. It allows you to look into your soul. And that is a kind of consolation.”

For more on Appelfeld, see Philip Roth’s 1988 interview with him in The New York Times.

Facebook Twitter Pinterest linkedin Telegram
Claudia Roth Pierpont is the author of the forthcoming Roth Unbound: A Writer and His Books, a study of the novelist Philip Roth, who i...

END_OF_DOCUMENT_TOKEN_TO_BE_REPLACED

Facebook Twitter Pinterest linkedin Telegram
Stop bitching and pick up a knife. Activists, upset with the kosher meat industry, have taken matters into their own hands. A prof...