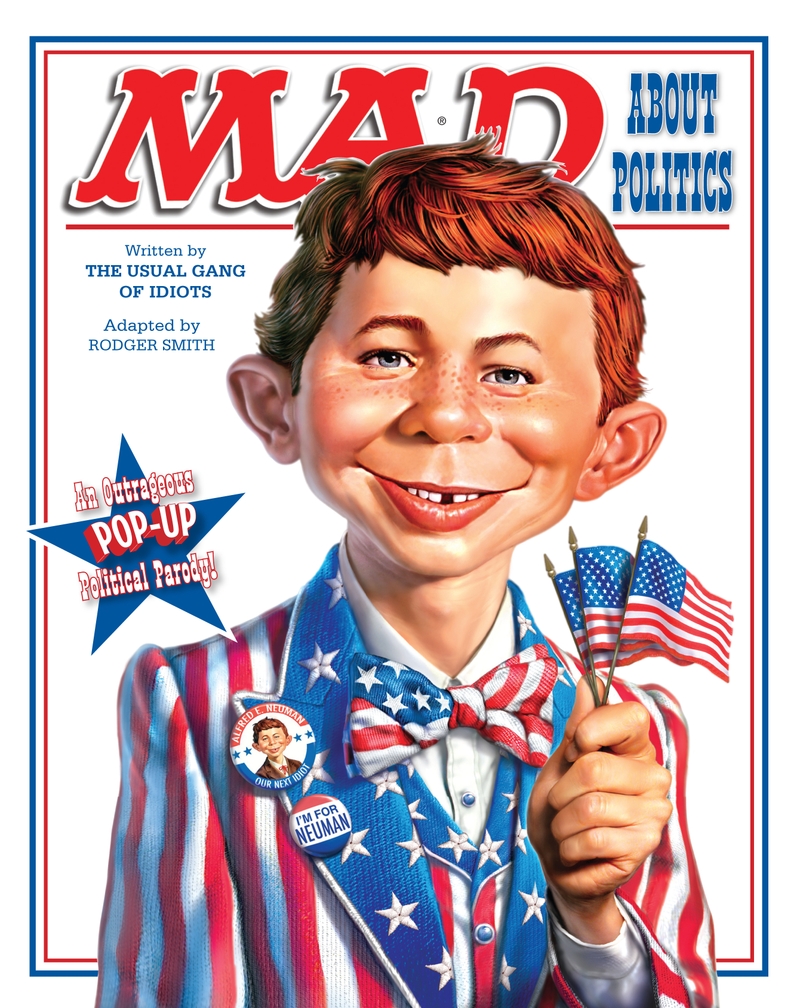 Mad, the American humor magazine founded in 1952, is celebrating its 40th anniversary this month. Founded by editor Harvey Kurtzman, a Jewish cartoonist born in Brooklyn, and publisher, William Gaines, MAD’s political satire has said to have influened generations of humorists.

Alfred E. Neuman, the magazine’s mascot, existed far before the jokesters of MAD came together one day to launch the magazine as a comic book from New York. But his silly grin, gap-toothed smile and freckles remain timeless, despite the decline of a publication that once defined American satire.

Mad’s circulation peaked at more than two million in 1972, but with dwindling subscriptions, the magazine went quarterly in 2009 and it’s circulation is estimated at below 200,000. “Mad once defined American satire; now it heckles from the margins as all of culture competes for trickster status,” the New York Times wrote. “What is left to overturn?”

Still, as the magazine’s oldest and longest-running contributor, Al Jaffee, said in a 2010 interview, Mad “was designed to corrupt the minds of children. And from what I’m gathering from the minds of people all over, we succeeded.”

Read more about political satire here in Moment’s newest issue, where we interview Dave Barry, Andy Borowitz, Barney Frank, David Brooks and others about the role of satire in politics today.