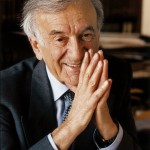 A professor, political activist and author of 57 books, Elie Wiesel is best known for his acclaimed memoir, Night, a searing autobiographical account of the horrors he witnessed and endured as a teenager in Auschwitz and Buchenwald. For decades after, he persistently spoke out for the need to remember the Holocaust and against atrocities and genocides around the world. The Nobel committee recognized this work in 1986 by awarding Wiesel its prize for peace. The Nobel citation described him in prophetic terms: “Wiesel is a messenger to mankind. His message is one of peace, atonement and human dignity. His belief that the forces fighting evil in the world can be victorious is a hard-won belief.” He passed away in 2016. 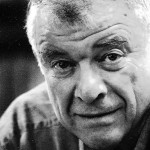 After co-founding Moment Magazine with Elie Wiesel in 1975, Leonard Fein served as its founding editor for 11 years. Writing in the magazine’s first issue, he described it as having “no single ideological position—save, of course, for a commitment to Jewish life.” Both a man of letters and a true activist, Leonard “Leibel” Fein never lost his abiding passion for serving the Jewish people. He used the editor’s column regularly to write about his passions – social justice and ending racism and poverty, Judaism, Israel and the American Jewish community. He also founded Mazon: A Jewish Response to Hunger, and the National Jewish Coalition for Literacy. Author of many books, he taught political science, social policy and Jewish thought at universities around the world.  He passed away in 2014.

Selections from the archives:

Right in the First Place

The Consciousness of Calendar