“Time is like a wasteland. It has grandeur but no beauty. Its strange, frightful power is always feared but rarely cheered.”—Rabbi Abraham Joshua Heschel, The Sabbath

When the coronavirus outbreak hit the United States in mid-March, a wave of fear swept over the country. A virus that most of us had never heard of a week before had shut down our offices, schools, houses of worship and community centers. Passover travel plans, weddings and brunches were canceled, replaced by weekly trips to grocery stores and hours of doom scrolling on Twitter. It was—still is—a frightful time.

Naturally, we looked for content that could match, validate and perhaps ease our anxieties. The documentary Pandemic: How to Prevent an Outbreak and the 2016 limited series Containment, in which a deadly virus breaks out in Atlanta, skyrocketed from obscurity to the Netflix top 10, while the film Contagion became the third-most popular movie on iTunes.

Now, four months later, a new feeling has crept into the American psyche. Of course, we are still afraid for our lives and livelihood, but it is more familiar and recognizable than it was back in March. We have settled into a routine of sorts with our jobs, families, friends and selves. Yes, questions regarding the upcoming school year remain unanswered and many still stand on shaky ground economically, but the visceral fear and urgency related to the virus seem to have dissipated from the national conscience.

Yet, it is this exact routine that, while once seen as a relief, is now our new source of despair. What we currently fear is time, or, rather, the monotonous and repetitive nature of how we currently experience time. Hope that the summer could be somewhat normal was crushed by a mix of government incompetence and deranged interpretations of “liberty.” Now many states are seeing their case numbers dramatically increase, leaving many of us to wonder, “will this ever end? Will I ever be able to exit the loop?”

Repetition mixed with monotony is not usually high up on Hollywood’s list of project themes, which is why Hulu’s Palm Springs was such a delightful surprise. The film stars Andy Samberg (Brooklyn Nine-Nine) and Cristin Milioti (How I Met Your Mother) as two apathetic California wedding guests who get stuck in a Groundhog Day-like time loop, forcing them to relive the couple’s special day over and over again. 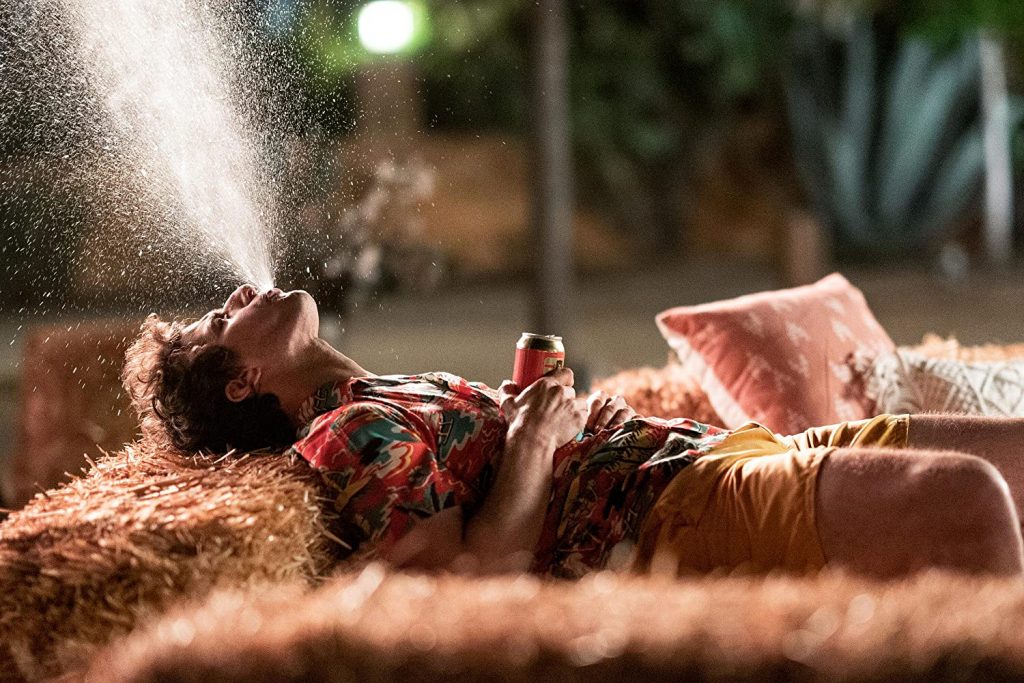 For a film that was shot in pre-coronavirus times, Palm Springs is surprisingly relevant, with its relatability summed up in an early exposition-filled exchange. “The only way to really live in this is to embrace the fact that nothing matters,” Samberg’s Nyles explains. “Well, then what’s the point of living?” Milioti’s Sarah asks. “Well, we kind of have no choice but to live. So I think your best bet is just to learn how to suffer existence,” he replies, speaking the hearts and minds of quarantined individuals across the globe. And so, the two go on wasting day after day drinking, partying and treating time and life as if they have no meaning. 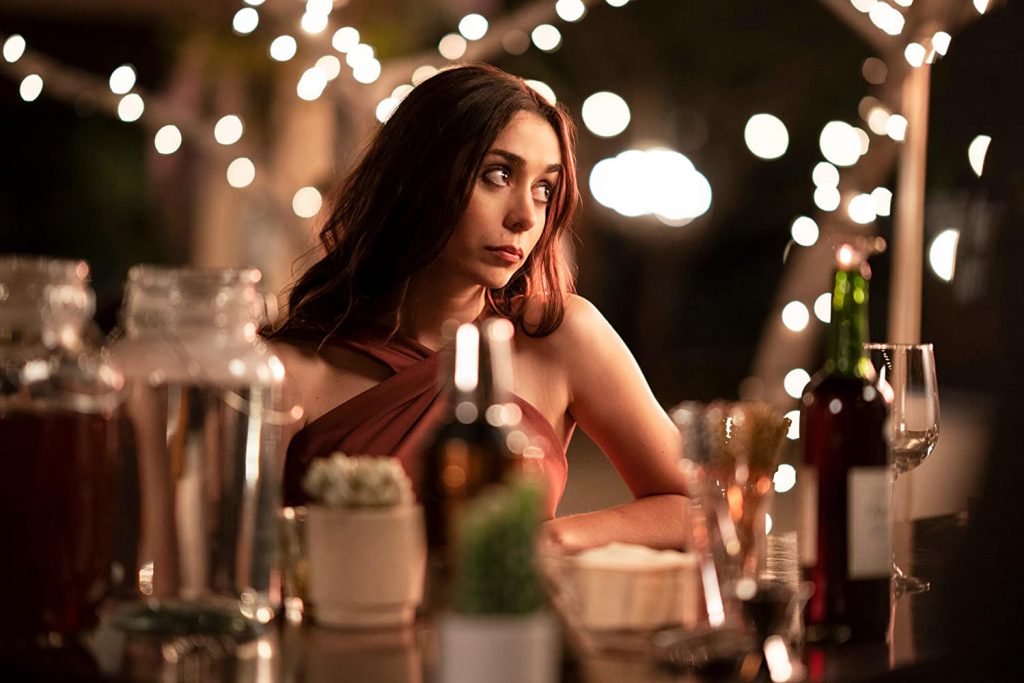 Unlike other time loop films like Groundhog Day, Samberg and Milioti’s characters are not trapped by the karma gods, only to be freed when they learn a lesson of self-improvement. No action they take, no past mistake they fix, will free them from their purgatory. They are stuck there because of science and only science can get them out.

For many, this will resonate with the current news cycle. Like Palm Springs’ time loop, the virus is not a lesson in redemption for humanity. It does not care what political party you belong to, which god you worship or where you live. In fact, as an insentient element, it is unable to care, feel or do anything wantingly. It exists because of science and only science can end it.

Furthermore, the summer wedding setting serves as the epitome of what we are missing out on due to the virus. The family and friends we would have otherwise seen have been replaced by Zoom calls and Netflix watch parties; homemade bread now stands in for catered food. Even the wedding dress code, while not ideal for the average day, is something to be desired in these trying times. These days, putting on a tux for a few hours doesn’t seem so bad.

Yet, Palm Springs’ relevance goes beyond its basic plotline. In his 1951 work The Sabbath, Rabbi Abraham Joshua Heschel describes Judaism’s relationship with time. “Judaism is a religion of time aiming at the sanctification of time,” he explains. “Unlike the space-minded man to whom time is unvaried, iterative, homogeneous, to whom all hours are alike, qualitiless, empty shells, the Bible senses the diversified character of time. There are no two hours alike. Every hour is unique and the only one given at the moment, exclusive and endlessly precious.”

According to Heschel, no two hours, no matter how similar they may seem, are alike. However, most days are “blank, and unless we lend significance to them, they remain without character.” Time, then, poses both humanity’s greatest gift and greatest challenge. We are given this tapestry full of potential and possibility, yet, most of the time, we don’t really know what to do with it. We fill it with tasks, jobs and activities to make it meaningful and productive. Yet, time and time again, instead of conquering time, we end up “wasting” or “killing” it, often by choice. 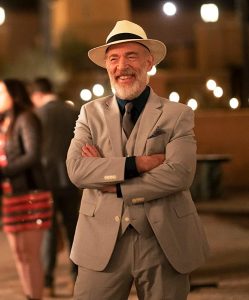 For Heschel, the answer to this despair is the Sabbath, a “palace in time” where the “hours of the seventh day are significant in themselves; their significance and beauty do not depend on any work, profit or progress we may achieve.” Through the Sabbath, we participate in the sanctification of time, giving us a break from the unforgiving world of “space.”

Palm Springs takes a similar approach, albeit with a slight difference. Towards the end of the film, Nyles visits Roy (Whiplash’s J. K. Simmons), the only other person stuck in the time loop, at his home in Irvine. At first, Roy was like Nyles: angry, bitter and nihilistic. However, he eventually realizes that “This was always a good day here.” While he may not get to see his kids grow up, he gets to be the “cuddly grizzly bear” in his daughter’s portrait every day. “I mean, it doesn’t get any better than that,” he tells Nyles with a smile beaming across his face.

Of course, not everyone wants to be a “cuddly grizzly bear” in their family portrait. But, as Roy tells Nyles, “You gotta find your Irvine.” Perhaps we should use this time, not to despair or waste away, but to find our own Irvines. To build our own palaces in time.