The Kabbalah of Noah Baumbach

For a long time I’ve been trying to figure out why I love Noah Baumbach’s movies so much.

The thing is, they’re about such insufferable people. This is the world of obnoxious artists and intellectuals: always white, always selfish, often Jewish (or at least Jewish-adjacent), folks whose delusions of grandeur often corrupt their ability to develop or maintain meaningful relationships with the people in their lives. And as a Jewish creative who often prefers the company of books and films to people, I see a little bit too much of myself in them, which is more worrisome than it is meaningful.

But watching those insufferable people actually, well, suffer is a profoundly moving experience. Baumbach’s newest film, Marriage Story, depicts the brutal divorce of theater director Charlie (Adam Driver) and his leading actress Nicole (Scarlett Johansson), who spar over custody of their eight-year-old son as the battleground leaves the couple’s longtime home in New York to enter Nicole’s new home in Los Angeles. It starts out amicable and quickly turns nasty, but not the fun-nasty of a “good riddance” breakup. This is the sort of destruction the rabbis warn us about: the kind that rips a hole out of your heart, that leaves both parties shaking as they knowingly set fire to their lives for the benefit of the court. No part of it is good—or cathartic—for either party, and yet there is no turning back from the wreckage. 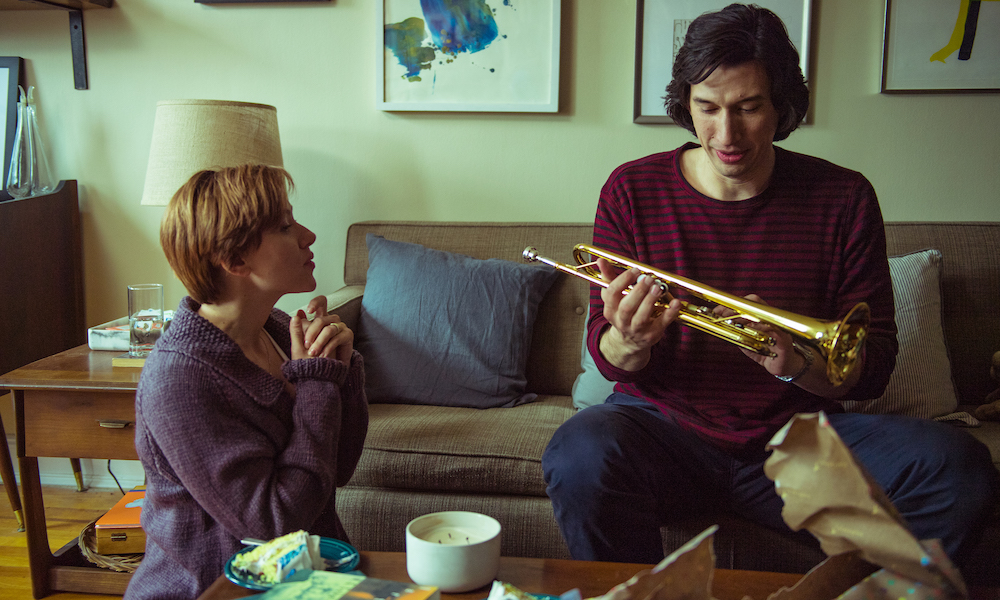 It sounds miserable, or maybe just irritating, if you’re sick of yet another movie begging you to care about the problems of highly successful artsy people. And yet! What emotions this movie stirred in me. It inspired such grand depths of pain and Kabbalat HaYisurin—the Jewish concept of accepting one’s misery. Both parties suffer so much, and the best they can do in their current moment is accept that this suffering will continue, and that it is necessary in order to find better lives in the future without each other. Baumbach and his actors carefully draw out the details of these characters, exposing their every flaw. And every time I saw more evidence of their terrible qualities, more signs of Charlie’s controlling demeanor or Nicole’s ruthless thirst for revenge, I only loved them more. I wept for their inability to reconcile, or even find some internal peace.

It sounds contradictory, but I feel my relationship with Baumbach’s films is strengthened when he draws on his Jewish influences sparingly. I enjoyed his previous movie, The Meyerowitz Stories, a fallen-family saga that toyed with the mystique of Jewish New York (and you don’t cast Adam Sandler, Ben Stiller and Dustin Hoffman as your leads if you’re not trying to make that link explicit). But I felt a deeper connection to Marriage Story, which has no outwardly Jewish themes. It has a much richer sense of broken family rituals, of the ways that personal success comes at the expense of the other things that are supposed to make life worth living.

That richness helps the movie feel universal, even as the world Baumbach inhabits is one I only know superficially. I’ve never lived in New York. I’m not a child of divorce, nor have I divorced anyone myself. I’ve floated among the social circles of intellectuals without ever feeling welcomed in them. Mostly I know such a landscape for the same reason others do, which is that Woody Allen already defined it for us. And like Allen, Baumbach is unapologetic about turning his own life into material for his audience to argue over: Marriage Story is assuredly inspired by his divorce from Jennifer Jason Leigh (also Jewish), and his first film about divorce, The Squid and the Whale, was heavily modeled on his parents’ own.

I’ve written before about how Baumbach’s worldview is actually a refutation of Allen’s; despite their similarities, movies like Frances Ha are able to interrogate and critique their characters’ solipsistic mindsets, while movies like Manhattan embrace theirs. That willingness to share unpleasant truths used to be my favorite thing about Baumbach’s films. But his outlook has matured, and so has mine. He no longer only exists to be the archetypical son rejecting the father. Now he knows, in a way few other filmmakers have demonstrated well, that suffering—and the eventual acceptance of it that Judaism tries to reach—is what makes us more human.

Marriage Story opens in New York and Los Angeles this week and will debut on Netflix December 6.