Book Review | A Writer Irreverent Even in Death

Why Didn’t You Just Do What You Were Told?
Essays By Jenny Diski
Bloomsbury; 432 pp. $28

Even those familiar with the prolific English novelist and essayist Jenny Diski (1947-2016) don’t think of her as primarily a “Jewish” writer. Diski wrote regularly for the London Review of Books (LRB) and enjoyed a much higher profile in the U.K. than here, although a fair number of her 11 novels and eight previous nonfiction works also found U.S. publishers.

The arrival of Why Didn’t You Just Do What You Were Told?, a posthumous, just-released collection of her essays, offers a fresh look at a writer whose Jewishness matters from front to back, from first line to last. The essays prove it’s possible for a writerly voice to be both utterly sui generis and yet recognizably Jewish.

Secular Jewish, that is. By turns ironic, sarcastic, unsentimental, argumentative, solipsistic, ingenious, fearless and narcissistic, Diski could also, when engaged with the tradition, become appropriately somber. Her shorter Jewish-themed pieces connect with her novels to reveal a writer irreverent toward Jewish theology, yet respectful of Jewish suffering.

“I wonder if to be Jewish is to be by definition lonely in the world—not as a result of the history, but on account of the theology.”

Diski published more than 200 essays in the London Review of Books alone. The new collection gathers 33 of the best, selected by the review’s longtime editor and owner, Mary-Kay Wilmers, and prefaced by her remembrances. Wilmers gave Diski luxurious space for decades—the assignments purported to be book reviews—and the author returned coruscating, inimitable essays, with the book reviews tucked somewhere inside. They soar on many unexpected topics: Howard Hughes, Sonia Orwell, spiders, Nietzsche and his sister.

The sensational details of Diski’s biography could fill a streaming miniseries (or several). Her charismatic con-man father abandoned her when she was six and again at age 11. Her unstable mother unraveled in Jenny’s early teens. Both sexually abused her, and Diski chose not to see her mother after she turned 18.

Diski ended up in and out of foster care. Soon after she turned 14, an American acquaintance raped her. She attempted suicide more than once and was committed to multiple “loony bins.” Then, in an utterly unique plot twist, the Nobel Prize-winning novelist Doris Lessing quasi-adopted her—taking the 15-year-old Diski into her home at the urging of her son Peter, Diski’s classmate. Their relationship evolved into a kind of love-hate imbroglio that lasted decades. Lessing put more than one unflattering portrayal of Diski into her novels, and Diski described Lessing as “the least motherly, least warm person I’ve ever known.” 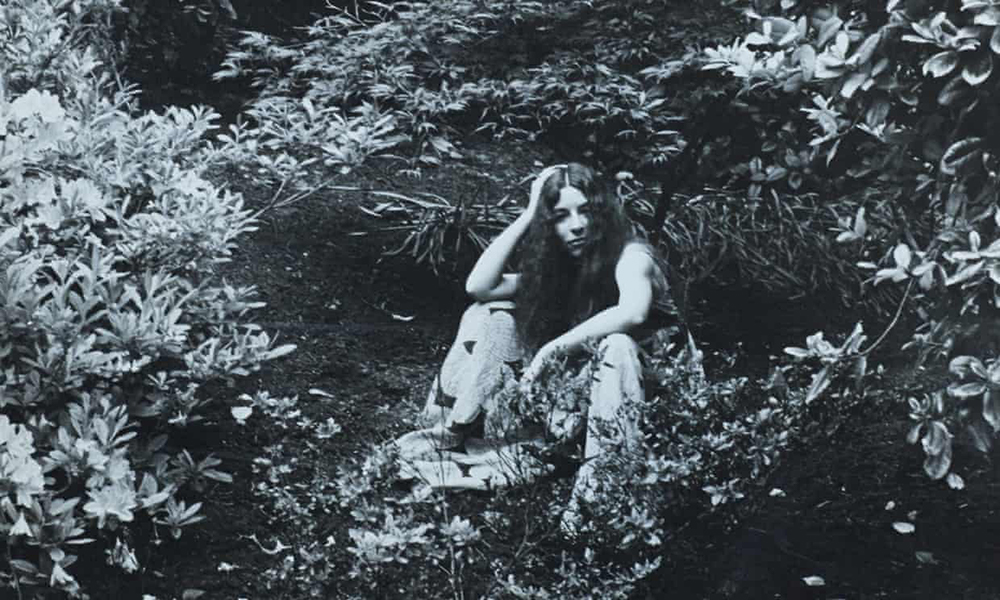 Given Diski’s volatile history, it’s no wonder that her novels are startling and hard to classify. In Like Mother, a child born without a brain serves as the chief narrator. In the supposedly feminist novel Nothing Natural, the female protagonist invites degrading sadomasochism. Skating to Antarctica combines an actual travelogue about the continent and a Mommie Dearest memoir. Diski’s final, most idiosyncratic turn was the series of brutally revealing essays she wrote in the LRB after her diagnosis of lung cancer in 2014—a public death march in print that mixed descriptions of her decline with get-even memories of Lessing. The essays became the book In Gratitude, published a week before her death. Its Janus-faced title proved one last instance of Diski’s astringent wit.

In that book, her sardonic tone, the blunt voice of the Jewish non-believer, held fast even as she grappled with her own death. Her chief initial grievance centered on being forced into caving to her greatest enemy: cliché. She’d have to write “another fucking cancer diary” even though she could think of “no novel responses.” That response itself meant she’d “committed [her] first platitude.” Diski also forbade herself any deathbed leap of faith. She took comfort from Vladimir Nabokov’s notion that “our existence is but a brief crack of light between two eternities of darkness.” She added: “When I find myself trembling at the prospect of extinction, I can steady myself by thinking of the abyss that I have already experienced.”

Three pieces in this new posthumous collection hint at the range of her Jewish attitudes, from impudent to soberly appreciative of the tragic angle on life imposed by being Jewish. In “The Girl in the Attic,” about a new and unexpurgated edition of Anne Frank’s diary, Diski compares the new text with Otto Frank’s first, sanitized version to put forth an author tougher, flintier, more acerbic than what she sees as the Anne of public imagination. In this reading, Anne emerges as a writer somewhat like Diski herself.

Diski gets there by a characteristically winding train of thought. “I wonder,” the essay begins, “if to be Jewish is to be by definition lonely in the world—not as a result of the history, but on account of the theology.” The core problem, she suggests, is the aloofness of the Jewish God, who is “notorious for evading questions directed at him…Too busy with the overall scheme of things, perhaps. He’ll give out ten blanket rules, but won’t tell you why your life seems to be so bloody difficult lately. The problem of the senior executive without the common touch.” Catholics can turn to an array of “undermanagers”—“a saint for almost everything that ails you.” Jews don’t have this option, so they idealize Anne Frank. Her wry conclusion: “Anne Frank is the only Jewish saint.”

In “Did Jesus Walk on Water Because He Couldn’t Swim?,” a playful Diski—ostensibly reviewing a Raphael Patai study titled The Children of Noah: Jewish Seafaring in Ancient Time—zestfully picks apart the logic of Genesis in light of midrashic explanations. (A famous question: Did fish survive the Flood? Midrashic answer: God made the waters boiling hot, so the fish perished too.) A third essay, “The Khugistic Sandal,” supposedly a review of a cultural-studies volume called Jews and Shoes, hints at her steely views on Israeli politics. “Khugistic sandals” were Israeli pioneer shoes, named after the commune that originally produced them, but renamed “Biblical sandals” in the 1930s to reiterate, Diski writes, “the ancestral link between contemporary Jews and the land given by God to Abraham.” Diski complains that the symbolic shoes are “never described as being symbolically on the necks of the Canaanites or the Palestinians.

Actually, there’s barely an indication in these essays of there being anyone on the land, though the various aliyahs by Jewish immigrants and the meaning of what they wore on their feet are described in meticulous detail.”

That’s as politically caustic as Diski gets in these essays. Her more common register, best evinced in her novels Only Human (2000) and After These Things (2004), is riffing on the Jewish God and Bible from a location one might charitably describe as the British Catskills. (Imagine the troubled Yahweh of Jack Miles’s Pulitzer-winning God: A Biography, jazzed up by Philip Roth or Joseph Heller.) In Only Human, a smart-alecky annotation of Genesis 11-22, the narrator, a frustrated, moody God, perplexed by the behavior of his creatures, competes with Sarai for Abram’s love. In After These Things, Diski continues the biblical tale, creating interior lives for Isaac, Rebekah, Leah, Jacob and Esau. In both books, the women, particularly the long-suffering Sarai, come off far better than the men.

In a feisty Daily Telegraph interview, Diski clarified her goal for both books as secular midrash with a vengeance: “If it’s all right for the rabbis to reinterpret it, it’s all right for me…I wanted to retrieve the Bible from stupidity, to take it back as an essentially human story.” She once told the Guardian, “I can’t even get close to what they call faith.”

Given the sorrows in both tales, Diski, one might add, also retrieved an essentially Jewish story. In those novels, and in these essays, she remains master of a key element of her secular tradition—keeping eyes wide open for danger coming down the pike. “One thing about being Jewish,” she began an essay for the Guardian, “is we never forget there’s a downside.” On that score, she spoke from experience.

END_OF_DOCUMENT_TOKEN_TO_BE_REPLACED

Book Review | Building Community One Tile at a Time

END_OF_DOCUMENT_TOKEN_TO_BE_REPLACED

Book Review | Waiting for the Messiah in Williamsburg

How did the Satmar Hasidim come to dominate the Brooklyn neighborhood known as Williamsburg?

END_OF_DOCUMENT_TOKEN_TO_BE_REPLACED

In this time of corrective unnamings—to remove traces of admiration or gratitude for the morally reevaluated—the names of unrepentant slaveholders, Confederate generals, contemporary sexual predators and other assorted wrongdoers have been erased or proposed for erasure from college dorms, military bases, city streets and more.

END_OF_DOCUMENT_TOKEN_TO_BE_REPLACED

Let’s get this part out of the way first: Antiquities is, by my count, Cynthia Ozick’s 24th book, and she is publishing it at the age of 92.

END_OF_DOCUMENT_TOKEN_TO_BE_REPLACED

In February, in a case that made international headlines and provoked widespread condemnation, a court in Warsaw ordered two Polish historians of the Shoah to apologize to an elderly woman from the village of Malinowo for having “inexactly portrayed” her uncle Edward Malinowski, the village’s wartime headman.

END_OF_DOCUMENT_TOKEN_TO_BE_REPLACED

Book Review | A Family in Pen and Ink

In the rise and fall of Hitler’s Germany, villains, victims and heroes figure profusely and are easily recognized.

END_OF_DOCUMENT_TOKEN_TO_BE_REPLACED

Book Review | The Power of DNA, Dolls and Delis

END_OF_DOCUMENT_TOKEN_TO_BE_REPLACED

English readers of Yiddish literature in translation—and there are many—have long had access to the poetry of Avrom Sutzkever, whom translator and Yiddish scholar Ruth Wisse called “the uncrowned Jewish poet laureate.”

END_OF_DOCUMENT_TOKEN_TO_BE_REPLACED

Book Review | The Failure of Impartiality