I’m named after my great-aunt Lillian, my maternal grandmother’s older sister. She was born in Paris, France, in 1938 and moved to Brooklyn, New York with her parents in 1939. From the pictures I’ve seen and stories I’ve heard, Aunt Lillian was a gem—intelligent, vivacious, and stubbornly determined. When she succumbed to breast cancer in 1979, her death left a void in the lives of her family and loved ones.

My grandmother idealizes her; my mother mainly has childhood memories of her, a woman unreachable, frozen in time. And though I never met her, my mother and grandmother often point out our similarities. My grandmother mentions it, often with tears welling up in her eyes, at every graduation and brings it up each time we discuss my writing. “You know, you’re smart just like Lillian. She was so bored in elementary school that she skipped two grades,” she says. 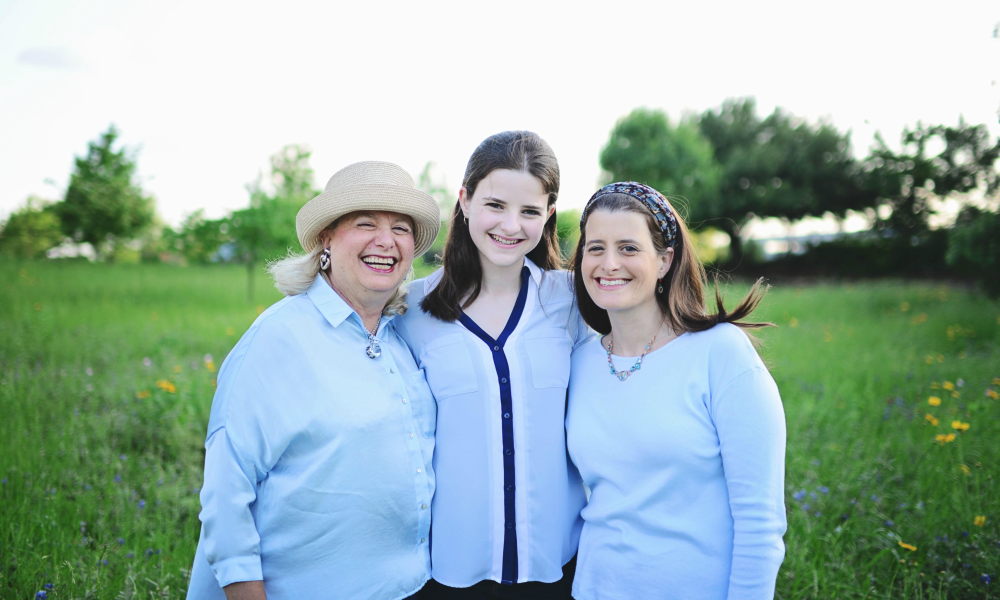 Even before I started hearing about our similarities, I felt a connection between my late great-aunt and myself. In high school, my grandmother gave me a necklace gifted to my Aunt Lillian by her grandfather when she graduated from Barnard College with a degree in French. There’s a Barnard crest on the pendant and a personal message engraved on the back: Love Grandpere. For years, I’ve worn it whenever I needed a boost of confidence—before an exam or a big interview—trying to channel the persistence and passion I hope we have in common. 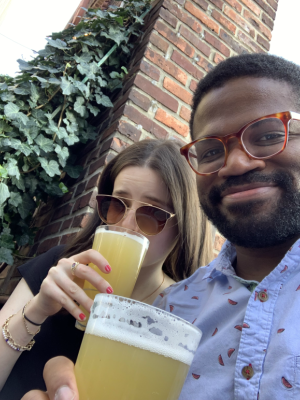 Lilly and her boyfriend, Nolan.

My mother believes that naming me Lillian imbued me with her spirit, that I’m living out the life Aunt Lillian never completed. And as I get older, I find the parallels become more striking. My mother, expressing pride in my independence when, during my junior year of college, I began to diverge from my family’s Jewish observance and live on my own in New York’s Washington Heights, said how much I reminded her of Aunt Lillian, who as a young adult, paved her own path when she left her Orthodox family in Brooklyn to attend Barnard in Manhattan. And when I introduced my grandmother to my boyfriend Nolan, a convert to Judaism who comes from a black southern Baptist family and is studying to be a lawyer, she pulled me aside and told me that Aunt Lillian had lived with her boyfriend Michael, a black, non-Jewish, Communications Ph.D. candidate at New York University. Beshert.

It’s odd to feel so deeply connected to somebody I’ve never met, yet I feel like my relationship with Aunt Lillian is meant to be. Maybe beshert relationships have a way of finding you, even if this world and the next stand in the way.

Lilly Gelman is a journalist originally from Houston, Texas, and based in Washington, DC, currently working as the Rabbi Harold S. White Fellow at Moment Magazine. A graduate of Yeshiva University with a degree in creative writing, Lilly’s work has been featured in The Forward, Jewish Georgian, and Kol Habirah. Read her writing here.

Facebook Twitter Pinterest linkedin Telegram
As editor of my college newspaper, the Oberlin Review, part of my job was to ensure that capable underclassmen were in place to lead it...

END_OF_DOCUMENT_TOKEN_TO_BE_REPLACED

“As a non-binary, queer Jew, we’re living our life kind of on the periphery, and navigating our identities on a daily basis.”

END_OF_DOCUMENT_TOKEN_TO_BE_REPLACED

Moment asked millennial Jews, “How is your Judaism different from your parents’?” The young generation of the Jewish community looks diverse—and proud to be Jewish.

END_OF_DOCUMENT_TOKEN_TO_BE_REPLACED

One thought on “Beshert | My Great-Aunt and I”