The First and Final Nightmare 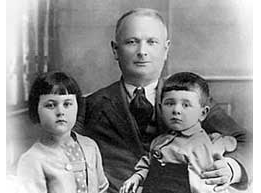 When 69 year-old Sonia Reich ran out of her Skokie home late one February evening in 2001, no one knew why.  Insisting that a man was trying to “put a bullet in my head,” she refused to go home. This anecdote opens the haunting book, “The First and Final Nightmare of Sonia Reich” by Chicago Tribune Jazz critic Howard Reich.

Holocaust memoirs have conventionally ended in 1945 with survivors emerging from the years of darkness and terror, hardened but resolute. Reich’s hybrid memoir/biography, however, is part of a growing trend of books by children of Holocaust survivors who explore what happens next.  The end of the war seemed to give his mother a sense freedom and even allow her to achieve modest prosperity.  She arrived in the United States in 1947 at 16 years old and built a comfortable American middle class life for herself: a husband, two children, and a house in Skokie, a predominantly Jewish, middle-class suburb of Chicago.

But behind the veneer of normality, a different life was playing out.  It was the life of a woman still on the run from those who threatened her as a child.  Reich tells how his mother would triple lock the doors to their house and unconvinced of their strength, would check them over and over again.  She would keep a vigilant watch at the living room window at night, afraid of who might come to threaten her family.

Growing up, Reich knew little of his mother’s Holocaust experience except that she was on the run for three years.  Like many children of survivors, his childhood was deeply informed by his mother’s experiences without really knowing her stories.  Family get-togethers would often devolve into shouting matches and contests over whose Holocaust experience was the worst, but Reich simply assumed that was normal. He never drew the connection between their experiences during the war and their current psychological states.   But his father’s death put an end to his ignorance.

In the years following her husband’s death, Sonia’s world slowly contracted. She no longer ventured out for the small excursions she used to enjoy: going to the local Jewish deli for matzoh ball soup or going shopping. She instead started to spend most of the time seeking refuge behind the walls of her house, until the fateful day the anonymous man in her head chased her out of her house, insisting he would kill her.

It turns out, however, that the man was not so anonymous, nor was he truly a figment of Sonia’s imagination, conjured up by a delusional mind.  He did exist, albeit 59 years ago, in the form of a Nazi soldier who threatened to kill 10 year-old Sonia by putting a bullet through her head in her hometown of Dubno, Poland. Reich eventually realizes his mother is suffering from late-onset Post-Traumatic Stress Disorder (PTSD), the psychological condition now most commonly associated with recently returning war veterans.   As Reich digs deeper into the illness and its causes, he comes to understand that it afflicts not only soldiers but civilians exposed to the traumas of war as well.   Moreover, the extent of his mother’s PTSD is so great that not only is she suffering from the usual symptoms (sleeplessness and hypervigilance among others) but that she also, as Reich writes, “had so deeply absorbed her childhood traumas into the fabric of her being that there simply was no way she could ever escape them…they were replaying themselves in an endless loop in her traumatized psyche.”

The book’s greatest strength is the powerful and personal way Reich brings to light this little-discussed form of PTSD.  As difficult as it was for many the post-war era to come to terms with the Holocaust, it is similarly difficult to accept that there was often no happy ending for its survivors.  This not a simple case of denial by loved ones, or indeed by the survivors themselves.  According to Reich, even the medical community does not fully understand or recognize the causes of late onset PTSD.  By opening up a painful part of his life to readers, however, he offers an invaluable opportunity to better understand the life-long toll that such a trauma can have.

Editor’s Note: Read a review of Howard Reich’s book, written by Moment editor and publisher Nadine Epstein, here. And learn about the film Prisoner of Her Past, based on Reich’s book, here.

END_OF_DOCUMENT_TOKEN_TO_BE_REPLACED

Facebook Twitter Pinterest linkedin Telegram
“Your cat is in business class.” Startled, I looked up from my magazine and regarded the flight attendant. She couldn’t mean my cat,...

END_OF_DOCUMENT_TOKEN_TO_BE_REPLACED

One thought on “The First and Final Nightmare”