A Gleeful Take on Religion 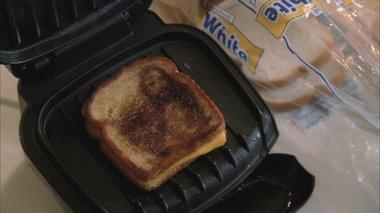 This week’s episode of Glee was in stark contrast from last week’s hilariously over-the-top ode to Britney Spears. It delved into the difficult topic of religion, exploring three different categories of religious belief through its characters.

The first category, exemplified by Kurt and Sue, is people who reject religion based on their dissatisfaction with an imperfect world.  When Kurt’s father has a heart attack, his Glee club mates offer to pray for him, but Kurt resents God for the difficulties he faces for being gay.  He denounces religion and asserts that he doesn’t believe in God, “when he makes me gay, and then has his followers going around telling me it’s something that I chose. As if someone would choose to be mocked every single day of their life.”  He rejects their offers of prayer for his father and isolates himself in the process.  Sue, disappointed that her childhood prayers for her mentally disabled sister went unanswered, says she does not believe in a God that would allow someone she cares about to face such adversity.

On the opposite end of the spectrum are people who believe because they get what they ask for.  Finn finds new faith in a “Grilled Cheesus,” a grilled cheese sandwich bearing the face of Jesus. He begins to pray to the sandwich, asking to win a football game, get to second base with his girlfriend, and be reinstated as the quarterback.  Whenever his wishes come true, his faith in “Cheesus” gets stronger.

Finally, there are the people who find a sense of identity in religion, like Rachel and Mercedes, whose religions are a central part of their lives.  Rachel, who was raised by a gay Jewish couple, is concerned that her boyfriend Finn’s newfound devotion to “Grilled Cheesus” will pose a problem for raising their future children Jewish.  Mercedes, who sings her Church choir, sings Kurt a moving version of “Bridge Over Troubled Water,” to convey a sense of community.

Throughout the episode, Glee varyingly portrays religion as useful, reassuring, or oppressive.  Inspiration (or lack thereof) might be found in today’s lunch, or in the face of a life-altering experience.  But more than anything, it accentuates the conflicts that the three different religious types have when faced with a crisis (Kurt’s father’s hospitalization).  Kurt is so distraught for his father that he views his friends’ prayers as an attempt to push religion onto him.  It is never fair to force religion on anyone, nor is it right to try to force someone into believing something they don’t.  But, Kurt eventually realizes that his friends’ prayers are simply a way of showing support for him and his dad at a time when they cannot offer much else.

The characters’ experiences also exemplify a common dichotomy.  Some people question their faith in troubled times, asking themselves “Why would God do this to me?” For others, times of need are when their faith is strongest.  Exceptional circumstances provoke the deepest kind of soul searching and battling personal demons. Having a higher power to believe in can be a source of comfort or a place to lay blame, which in itself can be a coping mechanism. Glee allows for both possibilities.