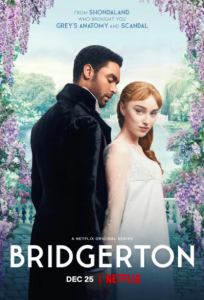 On the surface, Netflix’s Bridgerton does not seem like the type of show “nice Jewish boys and girls” should be watching. The series, based on Jewish author Julia Quinn’s romance novels, takes place in Regency London at the height of what is called the “season,” the time when young women are presented at the queen’s court, signaling their availability for marriage. It is full of steamy sex, unplanned pregnancies and an endless grapevine of gossip. And yet, strip away all the pomp parties and regalia, and the romantic drama actually serves as an apt mirror for the Orthodox Jewish dating scene, especially for women.

At the center of the series is Daphne Bridgerton, a young debutante who spent her childhood dreaming of finding Prince Charming and starting a family. However, despite earning high praise from the queen at her debut, she has trouble finding suitors to her liking, forcing her to team up with the handsome and charming Simon, Duke of Hastings. With no interest in getting married himself, Simon agrees to engage in a fake courtship with Daphne to make all the other suitors jealous, while simultaneously keeping the prying eyes of the young ladies of London off him. Lurking in the background of the pageantry, however, is the sharp and witty Lady Whistledown, the anonymous author of a gossip pamphlet that has the power to make or break families’ reputations. Were word of their ruse to get out, it would bring scandal to their respective families, something both desperately want to avoid. 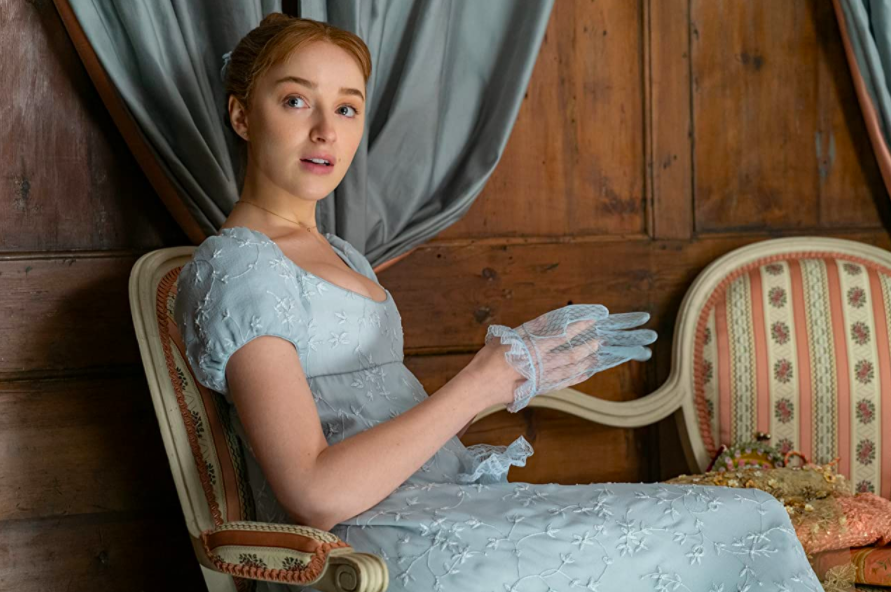 So the two do their best to appear as the perfect couple, following every rule and participating in every tradition. Just as the Orthodox dating world is enveloped in the laws of Tzniut (modesty), the citizens of 17th-century London also follow a strict code of virtue. Touching (Negiah) is kept to a bare minimum, while spending time with the opposite gender in a secluded area where the two cannot be seen or interrupted by others (Yichud) is forbidden. This means that all of Simon and Daphne’s outings must be public, limiting their date spots to museums, outdoor picnics and promenades—a fancy word for walking in the park—staples that Orthodox couples are all too familiar with.

At the same time, Simon and Daphne have to deal with the prying eyes of their community and parents, who seem to have nothing better to do than speculate about their relationship at balls and banquets. The two share their first dance at the end of Episode 1, but by the start of Episode 2, Daphne’s mother, Violet, and Simon’s guardian, Lady Danbury, are already making wedding plans, matching the endearing yet exhausting enthusiasm Orthodox parents and grandparents show toward their children and grandchildren whenever they enter a new relationship. 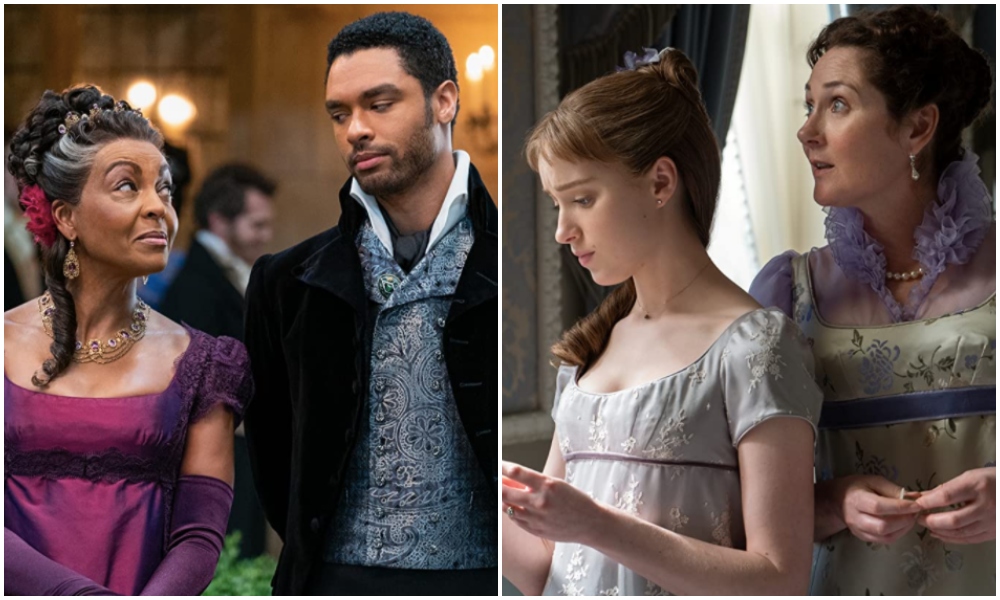 While Violet and Lady Danbury’s scheming proves harmless, a greater risk comes in the form of Anthony Bridgerton, Daphne’s brother and Simon’s best friend, who disapproves of the relationship, knowing full well that the Duke has no intention of marrying. He arranges a marriage between his sister and the bumbling and cruel Lord Nigel Berbrooke without the consent of Daphne or their mother. The matriarch of the family tries to comfort Daphne, telling her that “it is not simply a partner that marriage provides. You will have comfort and a house to tend, and most importantly, children. You will throw yourself into raising your family, and you will find much joy.” 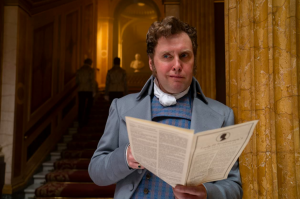 Many Orthodox women will recognize Daphne’s pain, as they are frequently set up with men who are much too old for them, in completely different life stages or simply just not what they are looking for. (One of my 24-year-old friends who just graduated undergrad was set up with a thirty-something man with three kids.) However, because of demographics—the number of Orthodox women looking to date and marry far exceeds the number of Orthodox men—and the theological centrality of traditional family values, many women feel pressured by matchmakers (shadchan) and friends to accept these dates. They are told to “keep an open mind,” that “they might surprise you” and in worst cases, to “date ‘em til you hate ‘em.” Sadly, some even end up together with men they don’t truly love, lest they become another statistic in the “shidduch (matchmaking) crisis.”

Luckily for Daphne, with some help from her canny mother, she is able to remove Anthony and Nigel from the equation. And, surprise, surprise, she and Simon fall in love for real and are married. While nothing really changes for the Duke after their wedding night, Daphne undergoes an unspoken societal transformation. No longer viewed as a child, she is now allowed to participate in more mature activities, including supervising a private conversation between her younger brother, Colin, and his betrothed, Marina, and attending Lady Danbury’s soiree, where married women are able to forget about the constrictions and sexism of the 17th century and enjoy a drink and some cards. Meanwhile, the eldest Featherington sisters, who are both no doubt older than Daphne, sit at home, bored, with nothing to do. Their unmarried status means they are not yet ready to fully participate in society, and they will have to wait for a man to elevate them to the point of societal acceptance. 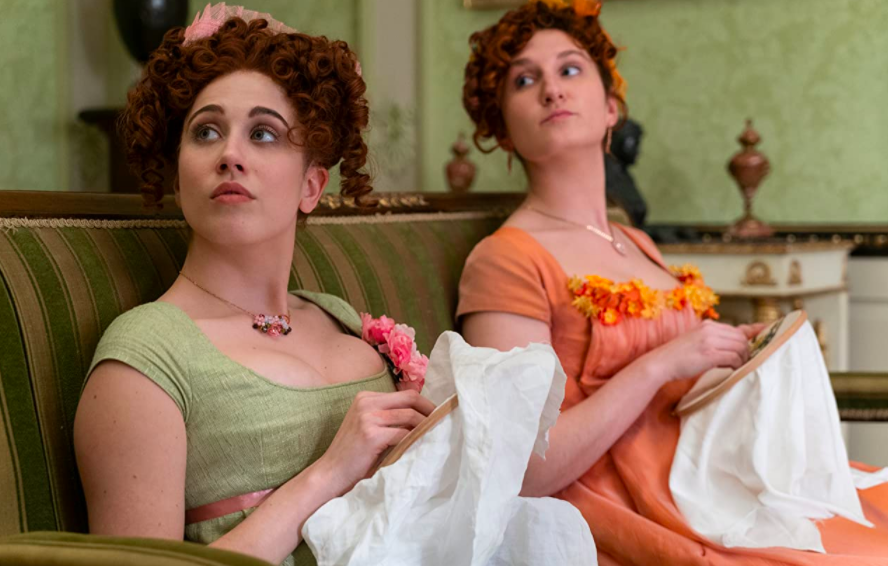 The social status change that comes with marriage is not new to Orthodox women. With so much of Orthodox Jewish life based around the family, single Orthodox Jews, especially women, often feel left out and judged because of their singlehood. They are often the forgotten population of synagogue programming and find themselves with few invites for shabbat and holiday meals. “Slowly you start to realize your single status,” a 31-year-old single told The Washington Post for a 2017 piece on older, single Orthodox Jews. “Very rarely do the young married couples talk to me,” and those that do “still talk to you as if you are in high school.”

It is perhaps that feeling of being looked down upon—whether from your bubbe, who “just” wants to know why you broke it off with him, or your newlywed best friend, who has suddenly become a spout of unsolicited dating advice now that she settled down—that is the worst aspect of dating in the Orthodox world. To be treated as if you are not a true member of the community—as though you have not reached your full potential. It is a feeling that many women know all too well, and yet, is not exclusive to them. Men, too, deal with various dating pressures from friends, family and community. With Season 2 focusing on Anthony’s search for a bride, perhaps Bridgerton will be able to hold up the mirror for us as well.

END_OF_DOCUMENT_TOKEN_TO_BE_REPLACED

What to Watch Next: A (Jewish) Irish Rebel