Beshert | A Dishwasher’s Cycle of Kindness

My father was an appliance repairman. If something could be fixed, he’d do it, often for free. 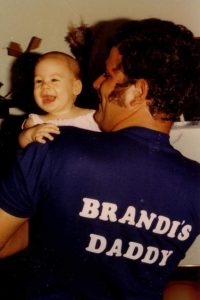 Brandi and her daddy in 1979, Fort Lauderdale.

Marisa and I met in the bereavement group where I mourned Dad. We became instant friends, her kindness bigger than her cancer. Headed to her funeral three years later, I drowned in waves of loneliness and grief as I sat in the cafe car of the train from Cleveland to New York. 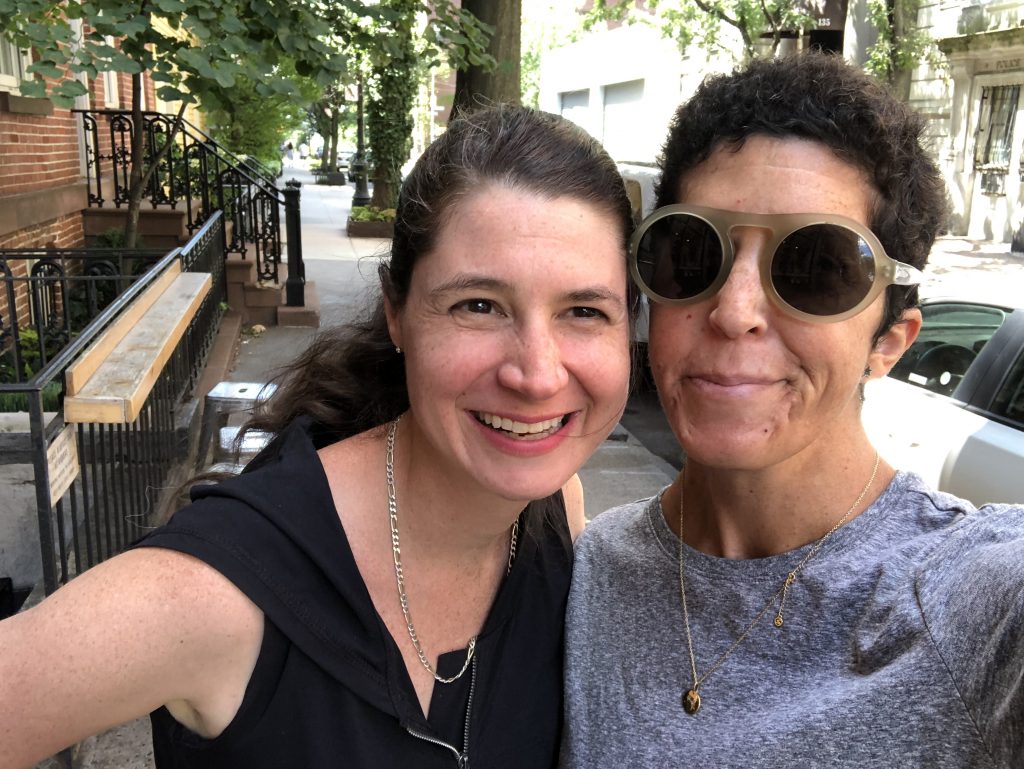 I wasn’t thrilled when an older woman asked to sit across from me as she slid into the booth seat, already unwrapping her bagel and plunking down her bulging purse. She looked as not-put-together as I felt. I put on my headphones and slunk behind my screen.

Hours passed. The bagel eaten, replaced with tea, then sandwiches.

I don’t remember who spoke first, but we moved from silent strangers occupying the same space to women sharing a meal. Both grievers, as we discovered in the ‘where are you from/where are you going?’ conversations that happen on every train.

“I’m sorry about your losses,” she said. “I was my father’s caregiver, too.”

I asked the question grievers long to hear: “Tell me about him.”

She smiled, looked out the window through the countryside and back in time. She shared how her dad saved for decades to afford a retirement condo in a town in South Florida.

She named the building I recognized. “Dad did a lot of appliance repair there.”

She paused. Looked at me for a long moment, squinted. “Was he a big guy? Handsome, Jewfro?”

Shocked, I pulled up Dad’s picture on my phone.

She described the work shirt he wore with his name embroidered in red script over his heart. How he told her dad he didn’t need a new dishwasher and fixed the old one for free. 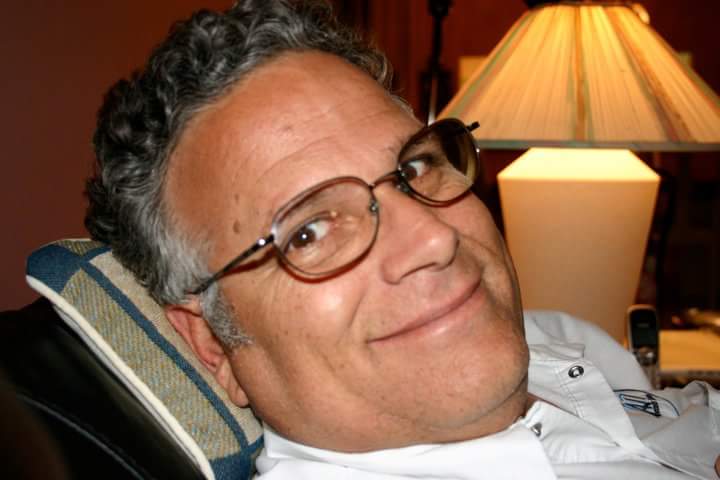 “Why do you remember a repairman from twenty years ago?”

She clutched her tissue and shared how caring for her father was the hardest time in her life. My dad recognized that she needed to escape and asked for a soda from the fridge. He told her to finish her errands, that he’d be there when she got back and he sat down at the kitchen table, kibbitzing with her father. That one break kept her from breaking.

This stranger-on-a-train held onto my father’s kindness for decades and, at the moment when I needed it the most, she gave it back to me.

Brandi Larsen is a writer, speaker, and publishing coach. She speaks to audiences about leadership, grief, and the book publishing process. Board president for Literary Cleveland, Brandi and husband, Matt Larsen, live in Lakewood, Ohio with their two children. She is a member of Kol HaLev, Cleveland’s Reconstructionist Jewish Community. Her father, Eric Kleinert, wrote the book, Troubleshooting and Repairing Major Appliances, in print since 1995. Connect at: BrandiLarsen.com and @brandilarsen.

Top photo: When he was diagnosed with cancer, Eric Kleinert put a professional family portrait session on his “bucket list.” May, 2016, Wellington, Florida.

Beshert | ‘Pardon Me, But Is This Seat Taken?’

A cute British man, my age, randomly met on a train in a foreign country (for me) that I wasn’t supposed to be on, shared my quirky passion!

END_OF_DOCUMENT_TOKEN_TO_BE_REPLACED

One thought on “Beshert | A Dishwasher’s Cycle of Kindness”