Princess Rebecca, of the Ladino kingdom of Galonia, appeared in an episode of  Elena of Avalor that aired on December 6. Elena is a Latinx princess who is the centerpiece of the Emmy-winning, Disney Junior Channel series which debuted in 2016.

In the episode, entitled “Festival of Lights,” Rebecca and her family are shipwrecked off the coast of Avalor while returning home to observe Hanukkah. Elena welcomes them to her palace and invites them to celebrate the holiday and teach them about its traditions. The guitar-playing, olive-skinned Rebecca lights a Hanukkiah, the holiday candelabra, and she and her family (Tovah Feldush plays Rebecca’s grandmother, Miriam, also referred to as “Bubbie”) tell the story of her people’s struggle—without being too explicit—and the miracle of the oil lasting eight days in the neir tamid. There is also chocolate gelt, from a local shop, and a dreidel.

“It has always been important to us on Elena of Avalor to showcase the diversity of Latin and Hispanic cultures,” Craig Gerber, the creator and executive producer of the series, said in an interview with Remezcla. “We decided to focus on Hanukkah and a part of the culture that we hadn’t yet represented on the show.” 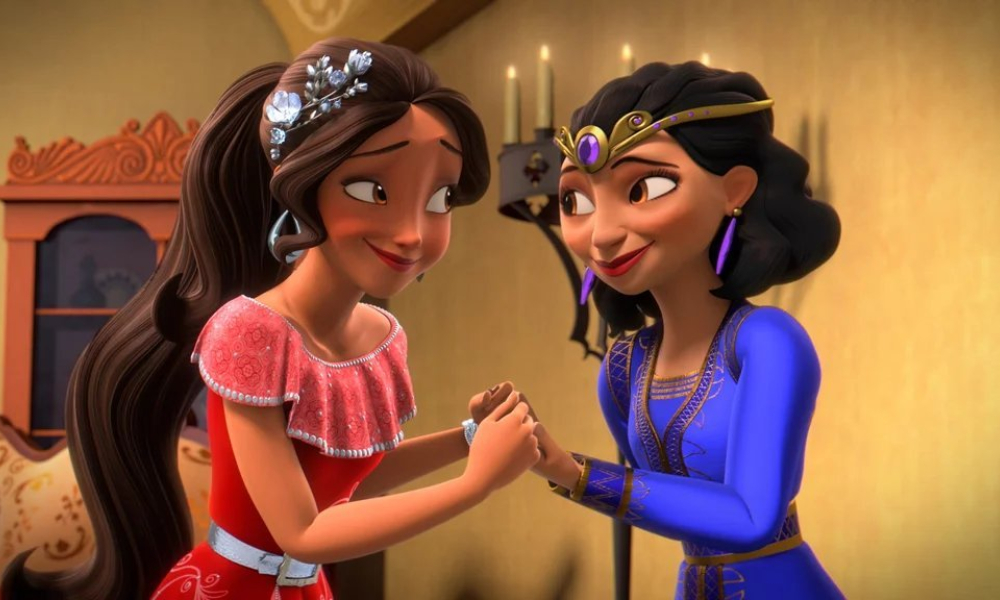 Jamie Lynn-Sigler, best known for her role as Mafia princess Meadow in The Sopranos, voiced the princess role, singing the number “This Hanukkah Night.” The actress, raised in New York in her father’s Jewish faith, had a bat mitzvah and traveled to Israel on a Birthright trip in 2008.

Responses to the episode have been strong and favorable. “I’ve seen many holiday princess specials, and this is the first one that Disney has released about characters who grew up with the same traditions as me,” wrote Lisa Dawn, on The Princess Blog: Your Resource for All Things Princess. “This is so important because it normalizes Judaism for today’s audience of children by showing them that not all fairy tale princesses celebrate Christmas.”

Some may wonder whether this really is a milestone or much ado about relatively little. Does a cable TV princess, guest-starring in a single episode special, count as an official Jewish Disney princess? Will she become a doll?

And, frankly, this Jewish royal arrived draped as much in irony as finery. After all, this is the company that built its animated empire (and hugely lucrative merchandising franchise) on impossibly beautiful, long-haired blonde, wasp-waisted, WASP heroines. It is an ur-shiksa template beloved by—and inflicted on—little girls the world over for more than 75 years.

Oh, and it’s from a studio whose founder was dogged by charges of anti-Semitism, through his life and after. Despite Disney corporate disclaimers, Walt was known to make anti-Semitic remarks. He had acrimonious clashes with the few Jewish artists he hired. And he allowed an ugly peddler caricature to get into his “Three Little Pigs” short. So, conceivably, this Hanukkah episode may cause Walt to spin in his fabled cryogenic tank.

Also, there had been advance speculation that the Disney version will conjure memories of misogynistic jokes about the JAP, the spoiled, shopaholic stereotype of the contemporary Jewish American Princess.

Some may wonder if the new Jewish princess is a response to suggestions from numerous quarters—including mine —that the time has come for us (especially our daughters and granddaughters) to be included in the Disney canon.

However, in a larger sense, this is more than an overdue corporate apology, or a belated and token acknowledgment of the Jewish community. It is the latest example of Disney’s expanding and evolving princess/heroine diversity palette. This expansion of religion and ethnicity flourished under the Disney leadership of two Jews, Michael Eisner and Jeffrey Katzenberg (the latter of whom went on to make the very Jewish animated feature The Prince of Egypt, about Moses, but only after he left the Mouse).

During their highly successful corporate and creative reign, and after, the leading female characters of their animated features included:

• Jasmine, an Arab princess, implicitly Muslim, in Aladdin
• A Native American nature worshipper in Pocahontas
• Esmeralda, the Catholic Roma heroine of The Hunchback of Notre Dame
• An Asian lead, a Confucian, in Mulan
• A native Hawaiian in Lilo and Stitch
• Tiana, an African American, a believer in Voudoun, in The Princess and the Frog
• A Polynesian in Moana, who appeals to her culture’s cosmology

But until now there has been no Jewish princess—not that there wasn’t an abundance of attractive candidates.

Throughout history, there have been numerous Jewish queens and princesses, in the Bible and after; the best known is Queen Esther of Persia. Like her, most of the others gained their titles through marriage, in Israel and far-flung foreign lands, from North Africa to the Caspian Sea. Others were already royal rulers who converted.

Disney’s TV Jewish princess episode script was written by Rachel Ruderman, who has written previously for Elena of Avalor, as well as for Thomas the Tank Engine. Intriguingly, Ruderman also wrote for the earlier Disney series Sofia the First, in which Elena was first introduced as a guest character, leading to her own Avalor series. “I would love to see a feature film about a Jewish Disney Princess someday, or perhaps a series like the one Elena got,” Dawn wrote in her blog. “I am grateful for this small contribution that Disney made to my culture after so many years of silence…I love that Disney wants Jews like me to feel seen.”

Could Rebecca’s guest appearance, too, be a precursor? One can hope.

Mark I. Pinsky is the author of The Gospel According to Disney: Faith, Trust and Pixie Dust. 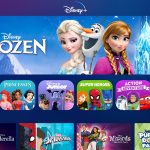 The Lost Jews of Disney+ 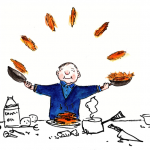 END_OF_DOCUMENT_TOKEN_TO_BE_REPLACED

When it comes to celebrating the Festival of Lights, eating latkes (fried pancakes) is almost as important as lighting the menorah. The hard question is: Which topping belongs on them? Whether you are Team Applesauce, Team Sour Cream, Team Ketchup or on some other team, join us as our great thinkers weigh in on why their favorite topping is best—in the spirit of the popular Latke-Hamantash Debate.
Moderated by C-SPAN Director of Communications Howard Mortman.
Panel:
* Sarah Breger, Moment deputy editor
* Barry Friedman, comedian, author
* Dahlia Lithwick, writer, journalist
* Rabbi Douglas Sagal, Congregation B’nai Israel, Rumson, NJ
* Alan Silberberg, author, cartoonist, screenwriter