“This book of reflections is a fitting tribute to the legacy of Elie Wiesel. In its pages and through the words of its contributors, you will feel a promise, not just to the souls who perished, but also to Elie and all those who survived Europe’s darkest night.”
—Rabbi Jonathan Sacks

Published by MomentBooks, a new imprint of Mandel Vilar Press

Elie Wiesel (1928-2016) is best known as the author of Night, survivor of Auschwitz and a powerful, enduring voice of the Holocaust. A recipient of the Nobel Peace Prize and the Presidential Medal of Freedom, he was a hero of human rights, professor and author of more than 50 books.

Among his accomplishments, Wiesel co-founded Moment Magazine with Leonard Fein in 1975 to be a place of conversation for America’s Jews. For Editor-in-Chief Nadine Epstein, he became a mentor and friend after she took over the magazine in 2004.

To celebrate this humanitarian and keep his inspiration alive, Epstein presents readers with a visual history of Wiesel’s life and examines the influence of his seminal book, Night. This chilling story of the Holocaust has already gripped the souls of millions of readers. To reinforce this legacy, Epstein provides lively conversations with teenagers about Night and offers discussion questions. The book includes more than 100 photographs.

“This book of reflections is a fitting tribute to the legacy of Elie Wiesel. In its pages and through the words of its contributors, you will feel a promise, not just to the souls who perished, but also to Elie and all those who survived Europe’s darkest night.”
—Rabbi Jonathan Sacks 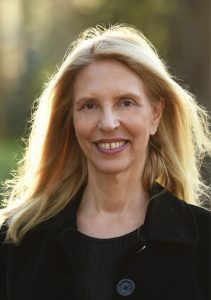 Nadine Epstein is the Editor-in-Chief and CEO of Moment Magazine, founder and executive director of the Center for Creative Change, and founder of the Daniel Pearl Investigative Journalism Initiative. She covered politics in the Chicago bureau of the New York Times and at the City News Bureau of Chicago. She was a Knight-Wallace Fellow at the University of Michigan, holds a B.A. and M.A. in International Relations from the University of Pennsylvania, and was a University Fellow in the political science doctoral program at Columbia University. Epstein has written several books, contributed to anthology collections and co-written a documentary film that was a semifinalist for the 2001 Academy Awards. She is also a photographer and is based in Washington DC. 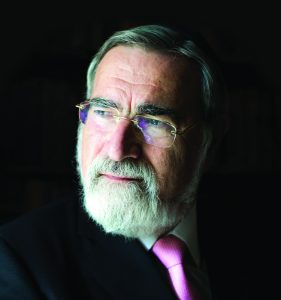 Rabbi Jonathan Sacks is an international religious leader, philosopher, award-winning author and respected moral voice. Rabbi Sacks was awarded the Templeton Prize in recognition of his exceptional contributions to affirming life’s spiritual dimensions. Described by H.R.H. The Prince of Wales as “a light unto this nation” and by former British Prime Minister, Tony Blair as an “intellectual giant” Rabbi Sacks is a frequent contributor to radio, television and the press both in Britain and around the world. Formerly Chief Rabbi of the United Hebrew Congregations of the Commonwealth between 1991 and 2013, Rabbi Sacks has held numerous professorships at several academic institutions and is currently serving as the Ingeborg and Ira Rennert Global Distinguished Professor of New York University. He holds 17 honorary doctorates and is the author of over 30 books. 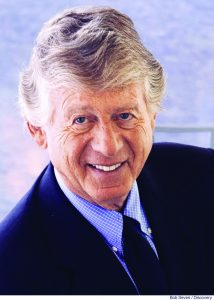 Ted Koppel is the managing editor for the Discovery Channel. In this role, he anchors and produces long form programming examining major global topics and events for the largest cable network in the United States. He joined the network in January 2006. Ted Koppel is a 42-year veteran of ABC News. Since 1980, he was the anchor and managing editor of ABC News Nightline, one of the most honored broadcasts in television history. As the nation’s longest running network daily news anchor, his reporting touched every major news story over the past 25 years. A member of the Broadcasting Hall of Fame, Mr. Koppel has won every major broadcasting award including 40 Emmy Awards, eight George Foster Peabody Awards, 10 duPont-Columbia Awards, and two George Polk Awards. His 10 Overseas Press Club Awards make him the most honored journalist in the Club’s history.

Nahum Barnea is the chief Columnist of the Israeli newspaper Yediot Aharanot and an investigative journalist. He received the Israel Prize in 2007.

Joseph Berger has written a biography of Elie Wiesel for Yale University Press. He was a reporter and editor at The New York Times for more than 30 years.

Michael Berenbaum is Director of the Sigi Ziering Institute and a Professor of Jewish Studies at American Jewish University in Los Angeles. He was founding project director of the United States Holocaust Memorial Museum.

Wolf Blitzer is CNN’s lead political anchor and the host of The Situation Room with Wolf Blitzer.

Sam E. Bloch (1924-2018) was President of the American Gathering of Jewish Holocaust Survivors and Their Descendants and of the World Federation of Bergen-Belsen Associations. He also chaired the United States Holocaust Memorial Council’s Board of Advisors.

Sara Bloomfield is Director of the United States Holocaust Memorial Museum, a position she has held since 1999.

Thomas Buergenthal is a professor of comparative law and jurisprudence at the George Washington University Law School. He was a judge on the International Court of Justice.

Joseph Ciechanover was Director General of the ministry of Foreign Affairs of Israel. He served on Israel’ Defense Mission to the United States and Canada and as general counsel to the Ministry of Defense.

Dani Dayan is the Consul General of Israel in New York. He was Chairman of the Yesha Council, an organization of municipal councils of Jewish settlements in the West Bank.

Patrick Desbois is a French Roman Catholic priest and founder of Yahad-In Unum, an organization that locates and documents mass graves of Jewish victims of the Nazis in Eastern Europe.

Stuart E. Eizenstat is a lawyer in Washington, DC. He was President Jimmy Carter’s Chief Domestic Policy Adviser, and served as United States Ambassador to the European Union and as Special Representative of the President on Holocaust-era issues.

Sonari Glinton is a public radio journalist who covers politics, business and cars. He is one of NPR’s longest-serving African American journalists.

Annette Insdorf is a film professor at Columbia University. Her books include Indelible Shadows: Film and the Holocaust and Cinematic Overtures: How to Read Opening Scenes.

Ben Kingsley is an Oscar-winning actor who’s career spans more than 50 years and includes the roles of Otto Frank, Itzhak Stern and Simon Wiesenthal. In 2018 he played Adolf Eichmann in Operation Finale.

Ronald S. Lauder is President of the World Jewish Congress. During he Reagan Administration, he was U.S. Ambassador to Austria and Deputy Assistant Secretary of Defense for European and NATO policy.

Matthew Lazar is the founder and director of the Zamir Choral Foundation. He performed with Elie Wiesel in a special concert entitled, “Memories and Melodies of My Childhood.”

Bernard-Henri Lévy is a French philosopher, documentary filmmaker and author of more than 30 books, including Left in Dark Times: A Stand Against the New Barbarism.

Joseph Malovany is the chief cantor of the Fifth Avenue Synagogue in New York City. A tenor soloist, he has appeared at most of the world’s major concert halls.

Kati Marton is a former NPR and ABC News correspondent. Her books include Enemies of the People: My Family’s Journey to America and True Believer: Stalin’s Last American Spy.

Chaim Peri was the director of Israel’s Yemin Orde Youth Village, a home and school that serves at-risk and disadvantaged teenagers from around the world.

Itzhak Perlman is a Grammy and Emmy Award-winning violinist and conductor.

Mark Podwal is an artist who illustrated some of Elie Wiesel’s books. He is also a dermatologist on the faculty of the New York University School of Medicine.

Dina Porat is the chief historian at Yad Veshem and the head of the Kantor Center for the Study of Contemporary European Jewry at Tel Aviv University.

Menachem Z. Rosensaft is General Counsel at the World Jewish Congress and teaches about the law of genocide at the law schools of Columbia and Cornell Universities.

Kali Rubaii is a Mellon postdoctoral research fellow in the Humanities Research Center at Rice University. She is the cofounder of the Isiah Reparations Project.

Daniel B. Shapiro is a distinguished Visiting Fellow at the Institute for National Security Studies in Tel Aviv. He was U.S. Ambassador to Israel and Senior Director for the Middle East and North Africa in the Obama Administration.

Natan Sharansky spent nearly a decade in Soviet prisons as a refusenik and has served in ministerial positions in several Israeli governments. He recently stepped down as chairman of the Jewish Agency for Israel.

Elisha Wiesel is the son of Elie and Marion Wiesel.

Oprah Winfrey is a media executive, television producer, actress and talk show host. She is best known for The Oprah Winfrey Show.

Ruth Wisse is a professor of Yiddish literature and comparative literature at Harvard University. Her books include No Joke: Making Jewish Humor and Jews and Power.