‘Heavyweight’ Is a Podcast About Reconnecting With Your Past

In our current podcast boom, we have to contend with a rush of people with microphones scouring the earth for interesting stories to break down in audio form. But in Heavyweight, the most fascinating material comes from within.

From the podcast studio Gimlet, Heavyweight premiered its fourth season last week, making this the perfect time to catch up with the show. And “catching up” is what Heavyweight is all about. In each episode, host and producer Jonathan Goldstein (a former This American Life producer who previously made the Canadian Broadcasting Corporation show Wiretap for 11 years) helps someone find closure on an event from their past. This happens in a variety of ways: Goldstein might help the victim of a car accident connect with the remorseful driver, or let a former sorority girl dig into why her sisters kicked her out of the chapter. Rather than allowing his subjects to dwell on the poisonous end of their own nostalgia, Goldstein—playing the therapist/interlocutor as a catharsis-seeking Oprah Winfrey mixed with the dry narcissism of Larry David—helps them make peace with it. 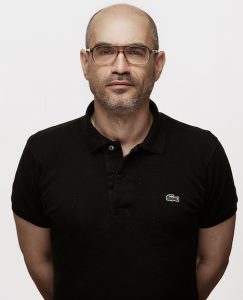 In the process, Goldstein breaks a lot of the central rules of podcasting, crucially the one that says not to insert too much of yourself into someone else’s emotional journey. His long, rambling monologues about everything from his own Canadian Jewish upbringing to his own boss, Alex Blumberg, are endearing when you’d expect them to be obnoxious. What’s the trick? Goldstein uses his constructed personality as a mopey, sarcastic neurotic to diffuse tension or to reel the show back from the brink of his subjects’ personal traumas. And in the back half of each episode’s journey, he knows how to get out of the way and allow the events themselves to take center stage.

In the show’s earlier seasons, Goldstein mostly drew on his own circle of family and friends for inspiration. In one episode, he explores his long-lost dream of becoming a rabbi; in another, he interviews his first girlfriend, trying to figure out where their relationship went wrong. Since then, Heavyweight has mostly taken on strangers’ stories, which anyone can submit to the show for consideration. Last week’s season premiere helped a middle-aged man track down three long-lost friends who took a three-day bike trip with him when they were kids. The subject remembers the trip fondly, but doesn’t know the whole story behind it; when it arrives, it’s touching in a way you don’t expect from “when I was your age” tales.

Inevitably, stories about reconnecting with a forgotten past will open themselves up to meditations on lost time and the fleeting moments of happiness and vulnerability in our lives. And Goldstein, who comes from a creative writing background, handles these kinds of emotional turns with aplomb, allowing us to luxuriate in moments of heartbreak and pathos. He navigates this territory with generous helpings of self-deprecating Jewish wit, painting a tongue-in-cheek image of himself as a meddling schlemiel who bumbles around until inadvertently nudging his subjects toward their better selves. (Goldstein’s more explicit explorations of his Judaism come through his prose writing, including the novel Lenny Bruce is Dead and the pseudo-historical investigation Shmelvis: In Search of Elvis Presley’s Jewish Roots.)

Ultimately, this is what makes Heavyweight so special: its delicate mix of misanthropic humor and openhearted generosity, and the ways in which one quality often leads to the other in life. Helping friends and strangers alike find catharsis and closure within themselves is no small task. That Goldstein gets there time and time again, and makes his listeners feel that journey every step of the way, is nothing short of a minor miracle.

What Makes Washington so Pro-Israel?

Why is Washington so pro-Israel? Political correspondent Nathan Guttman explores this question and more in this week’s Politics & Power.