‘Haredim Cannot Be Isolated Anymore’: An Interview with Menachem Bombach

An occasional series featuring trailblazers who are working to create change in the Haredi world in Israel.

Rabbi Menachem Bombach holds a bachelor’s degree in education from Moreshet Yaakov College and a master’s degree in public policy from the Hebrew University. He is the founder and head of the “Netzach” Haredi educational network,  which combines religious and secular studies and aims to educate students to become observant haredim who are also prepared for practical living. Recently Bombach created a stir when he took a dramatic step—at least as seen through his community’s norms—by teaching his students about Yom Hazikaron, Israel’s Memorial Day for its fallen IDF soldiers. The video of the class has gone viral and has been seen by hundreds of thousands of Israelis.

What do you expect will happen to schooling and to labor market participation by the Haredi community?

Right now, we are a million. Sixty percent of Haredi families are below the poverty line. In 2059, according to government estimates, forty percent of all first graders in Israel will be Haredim. Given the growth of the community, we need to make changes in their education before it is too late. The government made a big mistake in recent years. It spent a billion shekels to teach secular subjects to 21-year-olds who had completed their yeshiva education. Israel’s Auditor General, tasked with evaluating government programs, reported that only 24 percent of those who started these programs completed them. I believe that you cannot expect a 21-year-old to complete in one year what normally takes 12 years. There is no shortcut. We must start earlier with secular subjects, at least at the secondary level, where secular and religious studies can be combined. We need many more than the five schools in the “Netzach” Haredi educational network that are doing this.

Haredi extremists boycott this model and publish propaganda against it. They don’t want deep changes. The majority in the community is silent. They follow the Haredi newspapers and their leaders, religious as well as lay, who are committed to the status quo. There are now 500 students in my network of Haredi schools teaching secular subjects. In the coming years, I hope that thousands will be in this and similar networks. My hope is that eventually, 95 percent of Haredim will be teachers, businessmen, doctors, software engineers, etc., while at the same time maintaining their Haredi identity.

What is the situation of women in the Haredi community?

Less than seven percent of Haredi women have a full secondary school matriculation certificate (“Bagrut”). They have some English and math, but without the Bagrut, they cannot get good jobs in the labor force. The Haredi leadership wants to keep them inside the community but without power. It is true that 72 percent are in the workforce, but they are mainly in low paying part-time jobs. Their situation is very sad. In fact, you could say that they live in a slave market. I know so many women with potentially strong high technical skills but who work in low-level factory jobs.

Four years ago, President Reuven Rivlin gave a talk on the challenges brought about by the divisions and distrust among the four “tribes”: Arab, secular Jews, Orthodox, and Haredi. Can this hostility be bridged?

I will tell you a story. After my Youtube video teaching about Yom Hazikaron went viral a Haredi man from Rehovot came to me. He said, “I’m coming from Rehovot to Beitar Illit just to thank you.” I asked him, “About what?” He said, “I have an 87-year-old grandmother, a Holocaust survivor, a brilliant person, who lives in a kibbutz. She hates, hates, hates Haredim. She didn’t want any connection with her siblings, children, and grandchildren who had become Haredi. For 17 years we tried to connect to her. And yesterday, she phoned me. And she started crying. She said ‘I saw a video of Haredim being taught they should respect and honor Israeli soldiers, which I had never seen in my life. I apologize for cutting off my family. Now we must be together again.'” That video was about spreading love, educating children and students in tolerance and love. Jewish or not Jewish, everyone carries the image of God. The conflict between the communities is not between secular and non-secular, the religious and nonreligious, but between knowledge and isolation. The Haredim cannot be isolated anymore. To isolate ourselves is crazy. Israelis are our brothers, with the same destiny.

What are the chances that Haredi life will be more integrated into Israeli society? Will the Haredi world be different 20 years from now?

Three months ago, I gave a speech at the Foreign Ministry to young non-Haredi rabbis from America. I explained the Haredi need for isolation to preserve their beliefs, ideals, and values. I explained to them that “mea shearim,” “a hundred gates or “big walls,” means to be protected from the outside world, to be isolated. A woman in the group said, “Rabbi Bombach, you referred to Mea Shearim, the Haredi community in Jerusalem, where I was yesterday. I have an app on my phone which enables LGBT people to connect with each other. When I opened my app while I was in Mea Shearim, I found 32 connections—32 gay Haredim.” So, they were not so isolated, these 32. Isolation is declining. There is now a Wikipedia for Haredim, the same as regular Wikipedia, except for one percent of the articles which are censored.

A rabbi once told me, “Menachem, if someone in the community goes to the army, the day after he will throw away his kippah.” I answered, “If he has been studying 20 years in the Haredi system, and then later he will lose his kippah, then what has he learned in those 20 years?” We are not educating with anchors. Identity is based on three components—knowledge, identification, and practice. We put in our community too much emphasis on practice and not enough knowledge and identification. When we put more into knowledge, then young Haredim will connect with our life and beliefs. They will learn how to live.

Meanwhile, there is something else that’s happening. Secular Jews are discovering what I would call spirituality.

Absolutely. The author Micah Goodman recently wrote The Roots of the Secular-Religious Divide in which he described how secular society has begun to study the old texts, which play an increasingly important role in their life. He and I love each other like brothers and he visits us sometimes with his wife and children. Once, he asked me to go to Mea Shearim with a friend of his. Someone recognized me and I was almost lynched there. Micah and his friend protected me.

The Central Statistics Office estimates that in 25 years the Haredi fertility rate will go down from 6.9 to 4.5. Will that happen?

I’m not sure. Right now, the birth rate is creeping up. It is true that people are doing more family planning. But they usually ask the rabbi for permission to space childbirth. I will never understand how anyone could allow someone else to decide his or her personal life. God gives us the choice to take responsibility for our own lives. This concept is not a classical Haredi belief. I am Haredi, but not the classical version.

What do you believe is the heart of the message of the Haredim?

More than 70 percent of Jews in the diaspora are assimilating. That means the Jewish people are becoming fewer and fewer. So, we, the Haredi community, have a very important message to the Jewish world, that the tradition of Am Yisrael—the “Nation of Israel”—must continue. The first characteristic of the Haredi community is to be obligated to the Jewish law. Once you compromise, you will give up more and more until you forget everything. It is like a slippery slope. That’s why I’m still Haredi, because I want my children to keep the halacha, which gives us a decisive way to live. I am not an agent of change. I am an agent who wishes to preserve the community. But we cannot sell the past to the new generation. The challenge is to deepen our values and identity, while at the same time becoming a part of the world. Studying Torah brings you closer to God, to God in your life. This is the essence. Through living our values, we can protect and strengthen Am Yisrael. 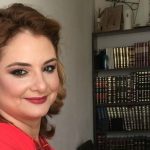 END_OF_DOCUMENT_TOKEN_TO_BE_REPLACED

What Will the Families of Meron Victims Think 110 Years From Now?