Jewish White House Advisers You May Not Know About

Among other things, the Joe Biden presidency may become the most Jewish-friendly administration in U.S. history. Right out of the gate, Biden has a Jewish chief of staff (Ron Klain), secretary of state (Antony Blinken) and attorney general (Merrick Garland). And Doug Emhoff, Vice-President-Elect Kamala Harris’ husband, will become both the first “Second Gentleman” and the first Jew in the White House top-two families. Their Jewish backgrounds are an afterthought. But it wasn’t always that way. Simon Wolf served presidents in the mid-19th century when there were 200,000 Jews in the U.S. Biden’s appointees start work in a nation of 7.1 million Jews.

Earlier Jewish emissaries to the White House were successful financiers and businessmen who presumed to speak for Jewish America. Ultimately the position transcended the ability of one individual to speak for all Jews. And ultimately, presidents turned to Jews not so much to hear what Jewish America was thinking, but because of their qualifications as individuals. So here is a rundown of the Top 11 Jewish advisers and officials who served a total of 29 presidents. Please note, these are the 10 that Moment deems to be the most important—not the most popular or “best.” 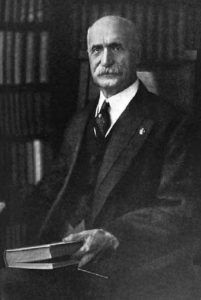 The first of the Jewish presidential advisers. He helped Ulysses S. Grant’s political rehabilitation among Jews. Grant had banned Jews from Mississippi, Tennessee and Kentucky during the Civil War because of alleged complicity in cotton smuggling. Wolf engineered a mea culpa from Grant, who went on to become president in the election of 1868 and took Wolf under his wing. Shortly before his death, he wrote a memoir, “Presidents I have known, 1860-1918.” 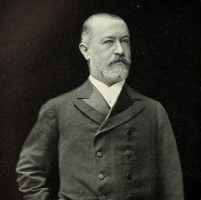 A wealthy financier who was the most influential Jewish-American in the late 19th century, up to his death in 1920. He lobbied presidents and Congress for help countering Russian pogroms against Jews, aid for Jewish immigrants and against immigration restrictions. 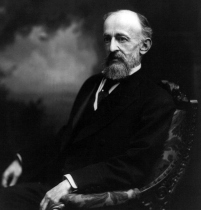 The first Jewish member of the Cabinet, appointed by President Theodore Roosevelt in 1906 to be Secretary of Commerce and Labor. He also did several stints as U.S. emissary to the Ottoman empire. His service to various presidents earned him a fountain in Washington DC dedicated to his memory. 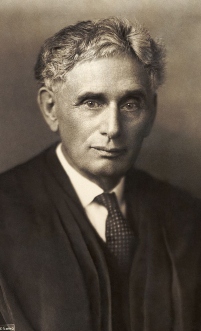 The “people’s lawyer” was a fierce champion of trust-busting and workers’ rights. He advised Woodrow Wilson on economic issues, and Wilson credited Brandeis as instrumental in his 1912 victory. Brandeis became the architect of the Federal Reserve System through legislation creating it in 1913. Wilson rewarded him with a nomination to the Supreme Court in 1916. Opponents derided Brandeis as a “slimy fellow“ with a “Jewish instinct.” But he persevered through four months of Senate hearings and won confirmation as the nation’s first Jewish justice. 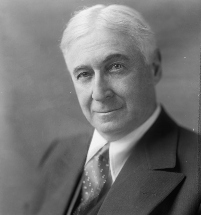 Arguably the last of the great American Jewish leaders able to promote Jewish interests in Washington through the force of his own reputation and personality.  Born in South Carolina, he followed in Schiff’s footprints as a financier and all-around man of influence. He served presidents from Wilson to Harry Truman, helping to harness industry for military production during World Wars I and II.

Baruch was known as the “park-bench statesman” for conducting official business in meetings on benches in Lafayette Square across from the White House as well as in Central Park in New York. 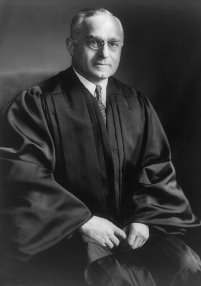 Frankfurter brought his fierce lawyerly intelligence to Washington during World War I. But it was during the Great Depression that he made his mark as a key player in President Roosevelt’s “Brain Trust.” In addition to Frankfurter, other Jews steering Roosevelt’s New Deal included Sidney Hillman, Henry Morgenthau, Benjamin Cohen and James Warburg—a full flowering of Jewish governmental talent unparalleled in American history up to that point. Some of Frankfurther’s acolytes were known in the press as “Frankfurter’s Hot Dogs.” Roosevelt rewarded him with a Supreme Court nomination after the court’s second Jewish justice, Benjamin Cardozo, died in 1938. His nomination rekindled some of the same kind of anti-Semitism that had confronted Brandeis. Frankfurter was the first Supreme Court nominee to appear before the Senate judiciary committee in confirmation hearings. He served as a justice from 1939 to 1962. 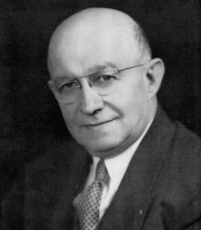 Eddie Jacobson had no fancy Ivy League degrees. He spent most of his career as a traveling salesman. But Jacobson had one thing going for him: He was a longtime pal of Harry Truman. The two met in Kansas City in 1905, served in the Army together in World War I, and co-owned a short-lived haberdashery after the war. As Truman rose in power to become vice president and then president, Jewish leaders enlisted him to lobby on key issues. In 1948, Jacobson implored Truman to meet with Chaim Weitzman, characterizing the aging and infirm Zionist leader as the Andrew Jackson of the Jewish people. (Truman was a big Jackson fan.) Truman took the meeting and was inspired enough to order U.S. recognition of the fledgling state of Israel. Later, Jacobson b rushed aside the not-altogether-serious suggestion that he become president of Israel. 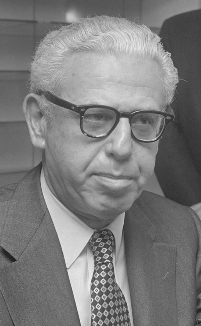 Goldberg also parlayed a close White House relationship into a Supreme Court seat. President John F. Kennedy brought Goldberg, aboard as secretary of labor in 1961. The following year, JFK nominated Goldberg to occupy what by then was referred to as “the Jewish seat” on the Supreme Court following the departure of Frankfurter. Goldberg’s tenure was short-lived. President Lyndon B. Johnson persuaded Goldberg to leave the court and become U.S. ambassador to the U.N. in 1965. (Part of LBJ’s motivation was to clear the seat for his personal lawyer, Abe Fortas, who also was Jewish.) At the U.N.,Goldberg defended LBJ on Vietnam and promoted Resolution 242, putting the U.N. on record as advocating Israeli withdrawal from occupied territories after the 1967 Six-Day War. 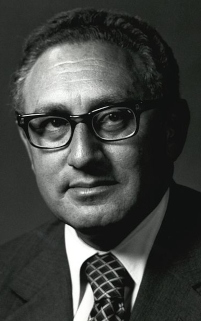 With his thick German accent, Kissinger considered himself a man of the world, a 20th-century version of his hero, Klemens von Metternich. He downplayed his Jewish origins—unless it suited his purposes. He famously called Israeli leaders “common thugs” and “a sick bunch,” and his view of U.S. Jewish leaders was similarly uncharitable. He declined to put the plight of Russian Jews on the front burner of issues in U.S.-Soviet relations. But love him or hate him, Kissinger put his imprint on every major foreign policy matter in the Nixon and Ford administrations, first as national security adviser and then as secretary of state. Among them: the bombing of Cambodia, the Vietnam peace talks, the Yom Kippur War, the opening to China and the repressive military coup in Chile. As a teenager, Kissinger had fled Germany in 1938 and returned there as a U.S. Army intelligence officer at the end of World War II. Kissinger shared the Nobel Peace Prize in 1973 for negotiating the Paris Accords that ended U.S. involvement in Vietnam. No American-Jewish political figure has ever wielded as much influence as “K,” as the New York Daily News called him in headlines. 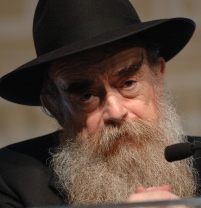 The now-standard White House menorah lighting was the brainchild of Rabbi Abraham Shemtov, the Chabad-Lubavitch leader in Washington. After the interior secretary denied the initial permit in 1979,  Shemtov called President Jimmy Carter’s domestic policy adviser Stuart Eizenstat. The permit was issued and a tradition was born. Shemtov, a Russian-born disciple of Lubavitch leader Rabbi Menachem Mendel Schneerson, maintained close relations with presidents of both parties. His son, Rabbi Levi Shemtov, carries on the unlikely connection as executive vice president of Chabad-Lubavitch in Washington. He has overseen the Koshering of the White House kitchen since 2005. The Shemtovs are living proof that establishment Jewish organizations and wealthy donors are not the only ones who held sway in the White House. 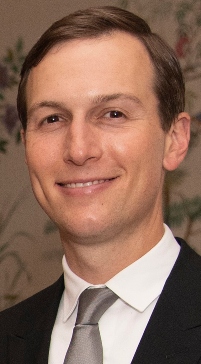 President Donald Trump’s son-in-law was a White House Jewish adviser/liaison on steroids. When Ivanka Trump announced her intention to convert to Orthodox Judaism, Trump reportedly scratched his head. In fact, Ivanka’s Orthodox husband carried a portfolio that at various times included almost every issue: Trump’s border wall, the opioid crisis and managing the medical stockpile in the COVID crisis. But Kushner’s major achievement in the four years of the Trump administration is likely to be seen as the peace deal between Israel and the United Arab Emirates, an agreement that led several other nations including Sudan and Morocco to follow suit. Trump issued a pardon to Kushner’s father, Charles, who had served two years in prison for tax evasion, witness tampering and lying to the Federal Election Commission. The couple were frequent attendees of Rabbi Levi Shemtov’s Shabbat services. In light of how the Trump presidency ended in the Capitol riot and second impeachment, history ultimately will judge whether Kushner was a serious man or a lightweight in a slim suit.