No one enjoys looking in the mirror more than Hollywood, and no one does it better—as vastly entertaining show-biz movies like Joseph L. Mankiewicz’s All About Eve, Billy Wilder’s Sunset Boulevard and Quentin Tarantino’s Once Upon a Time in Hollywood can all attest.

Now comes Mank, David Fincher’s loving and atmospheric re-creation of 1930s Hollywood. It’s the story of screenwriter Herman J. Mankiewicz, Joe’s older brother, whose main claim to fame was as cowriter of Citizen Kane, one of the most revered movies of all time and even today a subject of controversy. Kane’s Oscar-winning screenplay has been part of the movie’s mystique—did Orson Welles, the 24-year-old boy wonder who also directed and starred in the film, deserve his cowriter’s credit or was Mankiewicz the sole author? 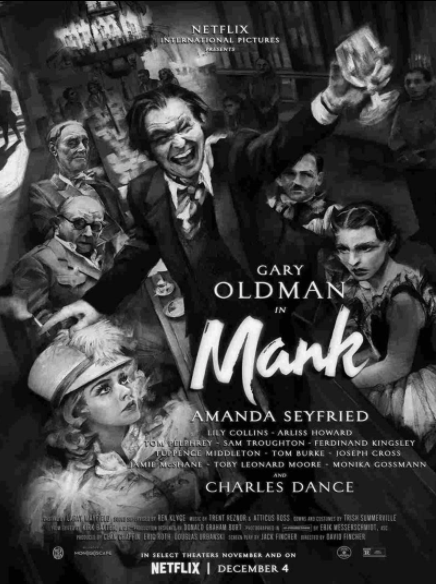 Mank gives the lion’s share of the credit to Mankiewicz, but the movie’s real concerns lie elsewhere. For Mank’s true subject is power, its wielders and its victims and the way it overshadows and corrupts everything and everyone it touches.

The movie, which Fincher lovingly shot in sumptuously evocative, deep-focus black and white, gleams like a beloved family jewel. The snappy dialogue, the jazz-inflected musical score, even the way the soundtrack is layered with a 1930s echo—all give the movie a thrilling sense of retro-authenticity. This is helped by the superb acting, especially from Gary Oldman, who captures every ounce of Herman’s roguish charm, cynicism, anger and despair; and Amanda Seyfried, as Marion Davies, the less-than-gifted but savvy blonde actress who was the adored mistress of William Randolph Hearst, the fabulously wealthy media magnate who casts a dark shadow over the story. 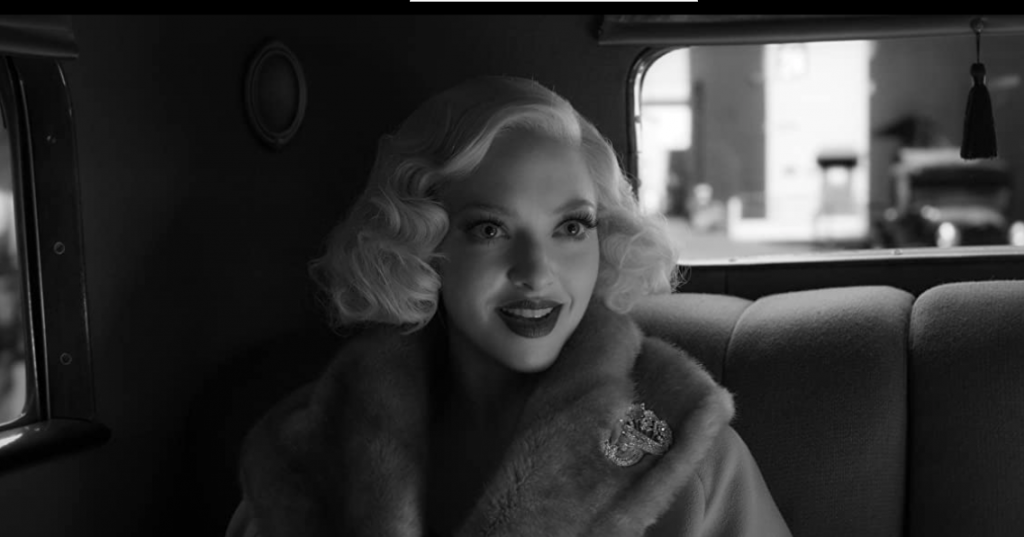 There’s a Jewish angle to this tale, although Mank tends to dance around it. Most of the major studios were founded and run by the sons of Jewish immigrants from Eastern Europe. But they weren’t like the modern, self-confident, high-profile American Jews we know today. The studio heads for the most part were highly ambivalent about their Jewish identities and felt vulnerable to anti-Semites who accused them of secretly plotting a Marxist takeover of the country and its culture (sound familiar?). To demonstrate their loyalty to the cause of “Americanism,” MGM studio boss Louis B. Mayer and his brilliant deputy, Irving Thalberg, collaborated with Hearst to smear writer Upton Sinclair, who was running for governor of California as a progressive Democrat.

Mank shuttles back and forth between the 1934 gubernatorial campaign and 1940, when Herman, convalescing from a badly broken leg from a car accident and willfully captive to the alcoholism that is rotting both his body and his brain, struggles to produce the Kane screenplay. We’re led to believe that he’s writing a scathing takedown of Hearst, the obvious model for the fictional Charles Foster Kane, in revenge for Hearst’s role in destroying Sinclair’s campaign. But his real target is the fundamental immorality of Hollywood, where everything is for sale, including people’s lives and livelihoods. The screenplay turns out to be brilliant, and Welles manages to get it made despite Mayer and Hearst’s attempts to bury it.

Mank looks beautiful and plays well. There’s just one problem: the tragic hero at its center is neither tragic nor heroic. Mankiewicz is a hopeless drunk, gambler and womanizer too dissipated and too self-destructive to win our respect, let alone our sympathy. He’d sold himself to the studio system long ago, and his bursts of self-righteous anger at the system and himself ring hollow. Worse, this Mankiewicz is quick to betray those who love him, including his lovely, long-suffering wife—known to one and all as “Poor Sara” for all-too-obvious reasons.

Herman and Marion have a classic meet-cute—she’s standing atop a pile of logs about to be burned at the stake in a B movie and needs a cigarette. A certain tenderness and admiration develop between these two lost souls—the perpetually drunk court jester and the rich man’s mistress—but Herman in the end betrays her as well by portraying her as a talentless, airheaded floozy in his screenplay. “I hope if this gets made, you’ll forgive me,” he lamely pleads. 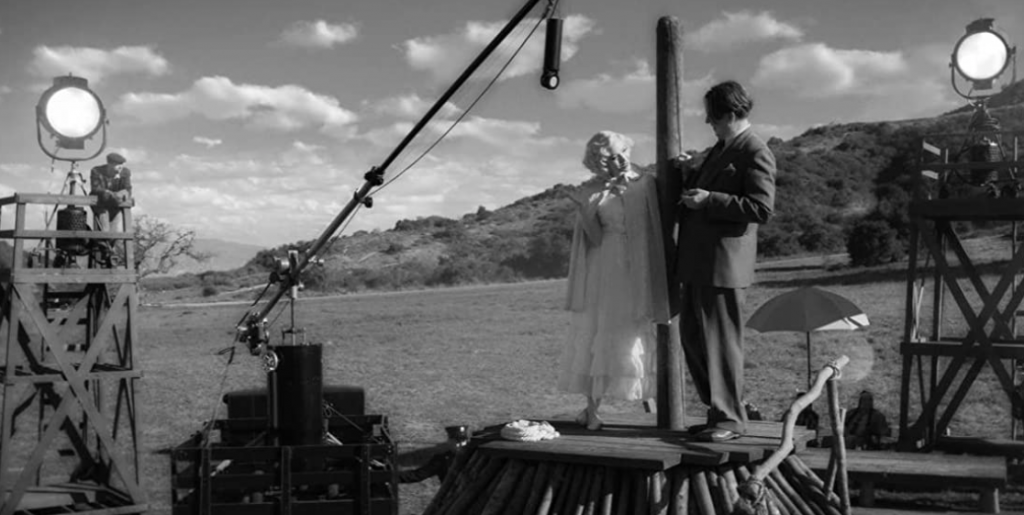 There’s no reason to care about what happens to Herman, perhaps because Herman doesn’t care about what happens to Herman—the real Mankiewicz once described himself as “a rat in a trap of my own construction.” Which leaves Mank a picture without a soul. Sunset Boulevard it ain’t. Still, on a quiet night when you’re stuck at home with only premium cable for company—every night these days, thanks to COVID-19—it’s a helluva lot of fun to watch.

Glenn Frankel’s latest book, Shooting Midnight Cowboy: Art, Sex, Loneliness, Liberation and the Making of a Dark Classic, will be published in March by Farrar, Straus and Giroux.