Moment Magazine is pleased to announce that Nadia Kalman, author of The Cosmopolitans, and Jane Ziegelman, author of 97 Orchard, have won the Moment Magazine 2010 Emerging Writer Awards. Founded in 2004, the awards recognize talented writers who have published at least one book and whose work confronts themes of interest to Jewish readers. 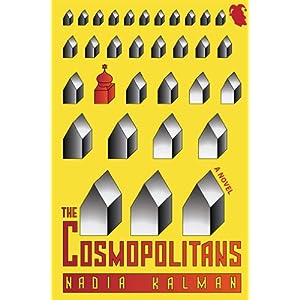 Nadia Kalman won the fiction award for her book, The Cosmopolitans, which highlights the experience of Russian-Jewish parents and their Americanized children adjusting to a new way of life in Stamford, Connecticut. “In my novel, Russian-Jewish immigrants struggle to reconcile their origins and their present circumstances, and discover the many ways they become, and fail to become, true cosmopolitans,” says Kalman. “Moment—in its independence, its openness, and its commitment to empathy—is cosmopolitan in the best sense of the word. To receive this award, and know that I have reached the community for which I wrote, is a tremendous honor.”

Jane Ziegelman won the non-fiction award for 97 Orchard, which traces the culinary journey of five families of differing nationalities who lived in Orchard Street tenements on Manhattan’s Lower East Side at the turn of the twentieth century. Ziegelman says, “One of my goals in writing 97 Orchard was to evoke, with as much texture as possible, the realities of day to day existence on the Lower East Side. By focusing on the mundane details, the world of the tenements really came alive for me, and so did the immigrants. This is one reason the award from Moment means so much.”

The editors of Moment congratulate both of these writers and look forward to reading their future work. Books to be considered for the 2011 Moment Magazine Emerging Writer Awards should be sent to: Moment Magazine, 4115 Wisconsin Ave, Suite 102, Washington, DC 20016.