There is, now and forever, only one character who comes to mind whenever Sacha Baron Cohen grows a mustache and sports a vaguely non-Western accent. So if you’re casting Cohen in a serious drama, or if you are Cohen and you want to star in a serious drama, any upper-lip fuzz and “foreign” accent are definitely going to work against you from your first minute of screen time.

In Netflix’s new miniseries The Spy, released September 6 and starring and executive-produced by Cohen, the actor does not—I repeat, does not—play Borat. Wherever would you get that idea? No, he plays the famous Israeli secret agent Eli Cohen, who lived undercover in Syria in the 1960s and entered the country’s upper echelons of power before his cover was blown. Of course, Borat was a sort of spy, too, since he had to keep up the ruse of his character around unsuspecting co-stars, even when the cameras weren’t rolling. Maybe this kind of thing is just in the actor’s blood.

The six-episode show was written and created by Gideon Raff, who previously made Prisoners of War, the Israeli espionage series that inspired Homeland. So he knows a thing or two about spies. Still, don’t come to The Spy looking for a history lesson, a particularly nuanced depiction of Arab-Israeli politics or even a decent rundown of the real Cohen’s life; the show is meant to breeze through in a High Holiday weekend. 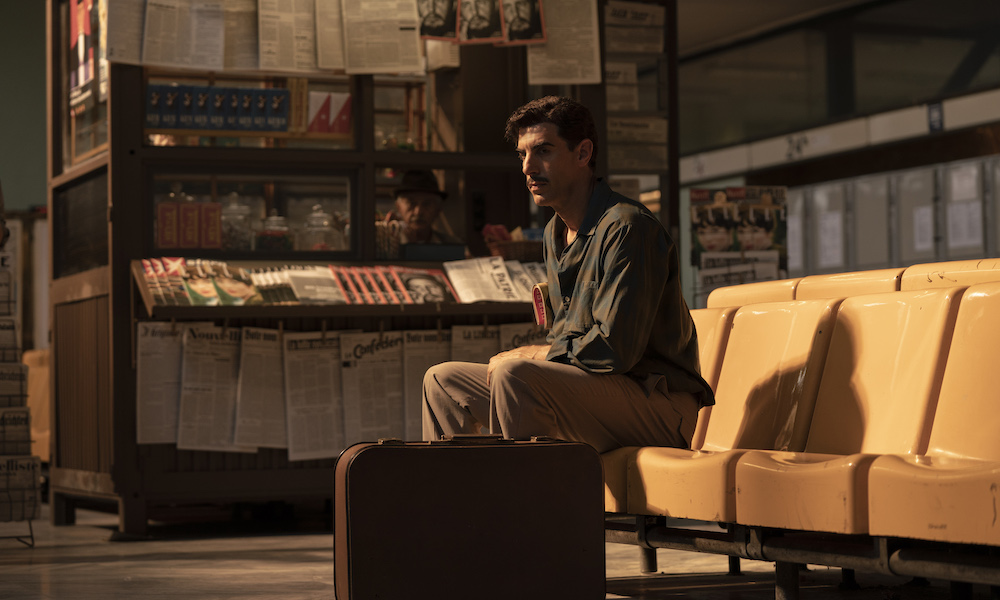 Instead, come for the surface-level pleasures of watching Cohen/Cohen strut through bustling Arab-ish marketplaces in flamboyant suits and sunglasses, building his Damascus empire as he smuggles messages of vague importance back to his Mossad superiors. The stylistic contrast between the settings is one of the most interesting artistic choices: Israel is drab, washed-out and humorless, while Syria is bold, colorful and bustling with activity. No wonder Eli Cohen (who had Syrian heritage in real life) grows immediately comfortable in his new identity, while his Israeli wife Nadia (Hadar Ratzon-Rotem), abandoned to a prison of domesticity, watches her life fall apart as she tries to raise their family on her own.

The Spy is largely unconcerned with the ethical implications of what either Cohen or his targets are doing; much of its narrative is focused on how well he keeps up appearances as a spy. Cohen’s cover is that of a successful Syrian businessman who has returned to his homeland after making his fortune in Argentina, so the show dutifully includes an episode that takes place in Buenos Aires, even though little of dramatic importance happens there. Later, he has a terrace meeting with the infamous Saudi construction mogul Mohammed bin Laden, and if the import of that last name doesn’t immediately register with you, rest assured Mohammed’s young son Osama will also prance onscreen for a brief cameo. The guy fathered 56 children, but this one is conveniently on hand.

Despite the show’s many surface-level charms (a military coup plays out in the background of a high-society orgy), this kind of narrative clunkiness is disappointing. It’s been more than half a century since the real Cohen’s death. Couldn’t we have found a more compelling reason to return to the story of a name that already graces many Israeli street signs? The Spy doesn’t really find one, but it does give Cohen the actor a chance to put his usual dance of identities to dramatic use. In last year’s Showtime series Who Is America?, he pretended to be an Israeli in order to trick gullible Americans into expressing horrifying opinions on camera. Now he’s pretending to be an Israeli pretending to be a Syrian in order to trick gullible Syrians into leaking state secrets in front of him. I watched his chiseled jawline, his effortlessly cool demeanor, and, yes, that mustache, and I believed him in the role. But I was still weirded out when the punchline never came.