Other Religions: The Jewish Final Frontier? 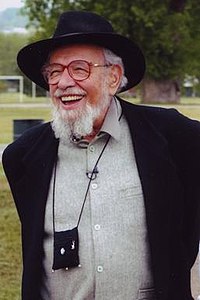 I started the first year of my Master’s degree in August of 2010 at Naropa University. A private school in Boulder, Colorado, Naropa is the only fully accredited Buddhist post-secondary institution in the United States. I enrolled in Naropa’s Contemplative Religions program because I wanted to learn more about world religions from an Eastern lens.

Naropa offers a variety of graduate and undergraduate degrees. These include Contemplative Psychology, Religious Studies–both World Religions and Indo-Tibetan Buddhism–Environmental Leadership, and Writing and Poetics.  Naropa specializes in Contemplative Education, a mode of teaching that aims to have students incorporate what they learn in class into deeper parts of who they are.

When I moved from my home in Calgary, Canada, to Boulder, I thought that I was making a unique life choice. Raised in a culturally Jewish, secular, Conservative home, my move to explore the cultural and religious wisdom of the non-Jewish world seemed to me  independently-minded. But I was surprised and delighted to see how many young Jews were also at this alternative school. Judging from the significant numbers of Jewish students at Naropa University, there are many young Jews who are exploring spiritual traditions apart from Judaism.

I sat down with Reb Zalman Schachter Shalomi last month to ask him why Jews might be inclined to seek out other religious paths. Reb Zalman, as he is known, is the father of the Jewish Renewal movement, and has worked toward renewing Jewish spirituality throughout his entire life. Originally ordained as a Chabad rabbi, Reb Zalman later explored a wide variety of religious and mystical traditions and came to teach experiential dimensions of Hasidism as an “independent” Hasid. Renewal readily learns from Eastern religions and other mystical traditions and interprets them through a Jewish mystical lens. This is one of the factors that has led to its relevance within the contemporary American context.

When I asked Reb Zalman why so many Jews were wandering from the tradition they had been brought up with, he responded by saying, “They haven’t been brought up with anything good. That’s to begin with. They have been thinking that the Jewish education consists of getting a parrot ready to parrot at the bar mitzvah day all the right things in the synagogue and then forget about it. That was the implicit promise that parents made, you only have to go on until after your bar mitzvah. The teachers themselves were very often Israelis who were looking for a way of making a living, and they came to a synagogue and said, ‘I’m a Hebrew teacher’ because they could speak Hebrew. But they had no way of talking about how to meet God in prayer, what to do in synagogue on a spiritual level. So all the kids were saying, ‘All right, that’s my tradition and I’ll try and be nice to it. But it doesn’t cut any ice as far as I’m concerned. It doesn’t help me in any way in which I can find my place in the universe.’ So then they went and looked at yoga, and sometimes drugs, in order to find some way of getting to the expansion of mind and soul and heart.”

I asked Reb Zalman if there was anything the Jewish world could do to educate youth more in the inner dimensions of Judaism and he said, “That’s what we are doing. That’s what Jewish Renewal is all about.”

I asked Reb Zalman if he believed it is incumbent upon a person brought up in Judaism to explore that tradition even if they do not feel resonance with it. He said, “Incumbent isn’t the right word. Will they be able to fulfill their human DNA issues if they go outside? Look, the person who has been practicing another religious or spiritual tradition is using what in Hinduism and in Buddhism is called upaya, skillful means. And meditative things, contemplative things are skillful means. But there is also that which has to do with more tribal things, with more ethnic things, with the continuity of family. I have my grandparents inside of me, and they have their grandparents inside of them. A Jew can find happiness, if you will, outside, but I think the fullness of realization and individuation will come to someone if they can be at home in their body and in their heart and their feeling life and in their mental life and in their spiritual life.”

A full transcript of the interview is available here.