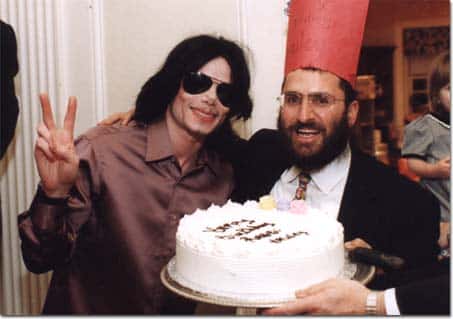 They packed into the auditorium, excited for a good show. There were promises of top-notch dancing performances by celebrities they had seen on TV. This would be a good show, all right, and would be well worth the $60 ticket, especially considering the fact that the money was going to charity. This was entertainment. This was “Dancing with the Rabbis.”

The event was held in April in Los Angeles, when rabbis from the Conservative and Reform movements participated in the American Jewish University’s own version of the popular TV show “Dancing with the Stars.” There, five local rabbis performed everything from the tango to the cha-cha with professional dancers. The event created lots of buzz by bringing in Louis Van Amstel and Karina Smirnoff, who serve as professional dancers on ABC’s original version.

Though its primary purpose was to serve as a fundraiser for the American Jewish World Service, the evening also serves as an example of a new wave of outreach in the Jewish community.

One of the most prominent Rabbis in America is Rabbi Shmuley Boteach, a pop-culture darling who has made a following for himself more by getting his name through the airwaves than by gaining respect for his knowledge of Judaism. He gained notoriety in the  late ‘90s when he befriended pop star Michael Jackson, and in 2006 hosted the TLC reality show Shalom in the Home. Rabbi Boteach, an Orthodox rabbi placed 11th on Newsweek’s “Top 50 Rabbis in America” list, is the epitome of Jewish leadership in pop-culture. His media prowess—he currently blogs for The Huffington Post, and continues to host Shalom in the Home—allows him to serve as the rare Rabbi who can reach nearly anyone.

With his daily podcasts and frequent appearances on Oprah, the man dubbed “America’s Rabbi” has a website that looks more like that of a pop-star than that of a rabbi. Rabbi Boteach, like the rabbis at AJU, was able to make connections to Jews throughout America because they can see him in a fun and entertaining setting beyond the synagogue. He forced himself to be relevant by bursting into American Jews’ airwaves and televisions, and it worked.

The trend of making religious leaders more widely appealing is discussed in a recent article by Hillel President and CEO Wayne L. Firestone and Assistant Director for Partnership Campuses Rachel L. Gildiner in The Journal of Jewish Communal Service. When describing how Hillel—the largest Jewish organization on college campuses throughout the U.S—has changed over the last five years, the Hillel leaders explain that the Hillel rabbis have transition “from exclusivity in leadership to inclusivity.”

With programs like Jewlicious Fest—an end-of-summer music festival for students—and Campus Superstar—an American Idol spinoff created by Hillel Jewish University Center of Pittsburgh—the push is well underway to be as inclusive as possible. And just as with Los Angeles Rabbis and Rabbi Boteach, the key to inclusiveness was incorporating elements of pop culture into events.

Simply put, tapping into pop culture to promote events and make connections with community members has led to successful results in terms of creating followings and attracting attendees to events.

And while many of these efforts to immerse in pop culture have been successful, there have been some harsh critics who say rabbis are going too far.

The “Dancing with the Rabbis” event in particular drew heavy criticism, as some felt that the participating rabbis were acting unprofessionally and inappropriately in their efforts to connect with the community.

In an op-ed published in The Jewish Journal following the event, nationally syndicated radio talk show host Dennis Prager called for the event to be canceled next year, despite its fundraising success.

He went on to write that he disagreed with every participating rabbi’s decision to perform in the event.

“My disagreement emanates solely from a desire to see these and all rabbis guard and preserve the prestige and dignity of their title,” Prager wrote.

Prager then compared rabbis to teachers, explaining that the levels of respect for authority figures must be maintained.

“We need to honor teachers and preserve their prestige. When they come into class wearing shorts or ask students to call them by their first names, they may be hip, but their profession loses prestige.”

Similarly, Rabbi Boteach was heavily criticized by members of the Chabad movement, which ordained him.

Rabbi Yosef Korf, in a response to Rabbi Boteach’s column in which he called for reform of Chabad’s policies, wrote a scathing op-ed in COLLive, Chabad’s official news site. Rabbi Korf attacked and delegitimized Rabbi Boteach, describing him as “all about self-promotion and aggrandizement.”

“Once again ‘America’s Rabbi’ – pastor to the famous and infamous – rears his head to hang Chabad’s laundry by denigrating its hard-working soldiers in public,” Rabbi Korf wrote.

And so debate rages on, as rabbis scrounge to maintain and develop their communities and authority in the Jewish world. Clearly, using the secular, American cultural world can be an effective tool, as that is something many Jews can relate to and find appealing. But while many leaders have determined that going “hip” is the best approach, the question arises, how far can they go?