At the end of the book of Genesis, Joseph makes one deeply poignant request. Although he would die in exile, he knew that one day God would bring His people back to their land. When this time would come, he made the people promise that they would vehaalitem et atzmotai mizeh, “Carry my bones with you.”

When Moses ascended Mount Sinai, and there was the catastrophe of the Golden Calf, he smashed the tablets and together with God made new ones. Ever afterward, the Israelites carried with them in the Ark the new tablets and the fragments of the old.

It has been this way throughout Jewish history. We carry with us all the fragments of our people’s past, the broken lives, the anguished deaths. For we refuse to let their deaths be in vain. They, our past, live on in us as we continue the Jewish journey to the future, to hope and to life.

This has been the case with the victims of the Holocaust, the lost lives, the broken communities, the synagogues desecrated and set on fire, the sacred scrolls burned and turned to ash, a million and a half children murdered. What our enemies killed we keep alive in the only way we can, in our minds, our memories and our memorial prayers. 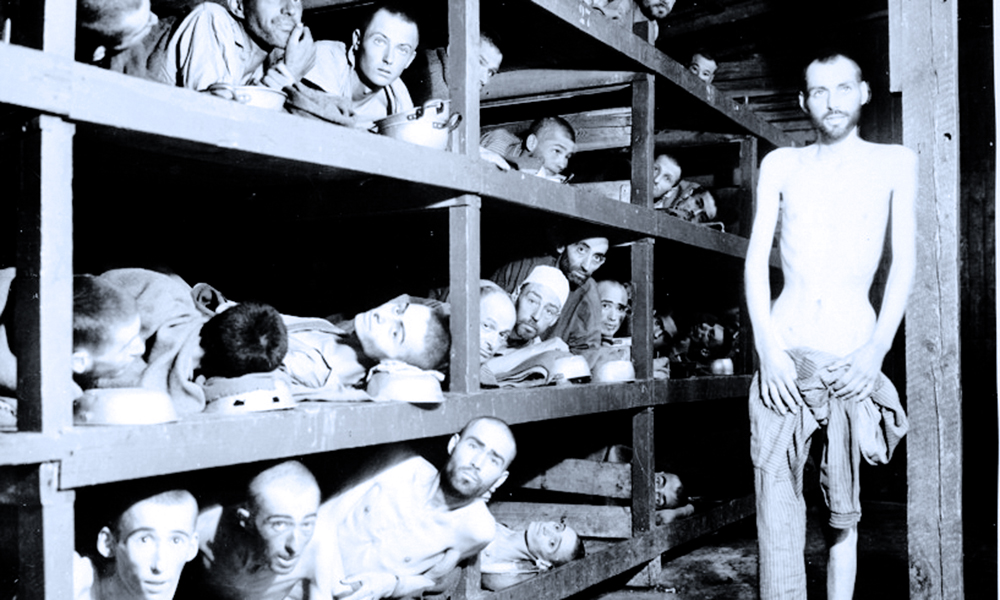 Inmates at the Buchenwald concentration camp, days after liberation.

It was this mission, this calling, that defined Elie Wiesel’s remarkable life. He was the man who gave voice to the voiceless victims of the Holocaust and bore witness in the name of humanity to one of the greatest crimes against it.

Whatever he did and wherever he went, Elie carried with him six million fragments of our people. His was the voice of memory when others sought to forget, and of defiant hope in the face of despair. He spoke for an entire murdered generation and did so with dignity, humanity and grace. He was a great survivor, a great Jew and a great humanitarian. Elie Wiesel was the man who taught the world to remember what so many wanted to forget. He was the embodiment of the moral conscience of the world. 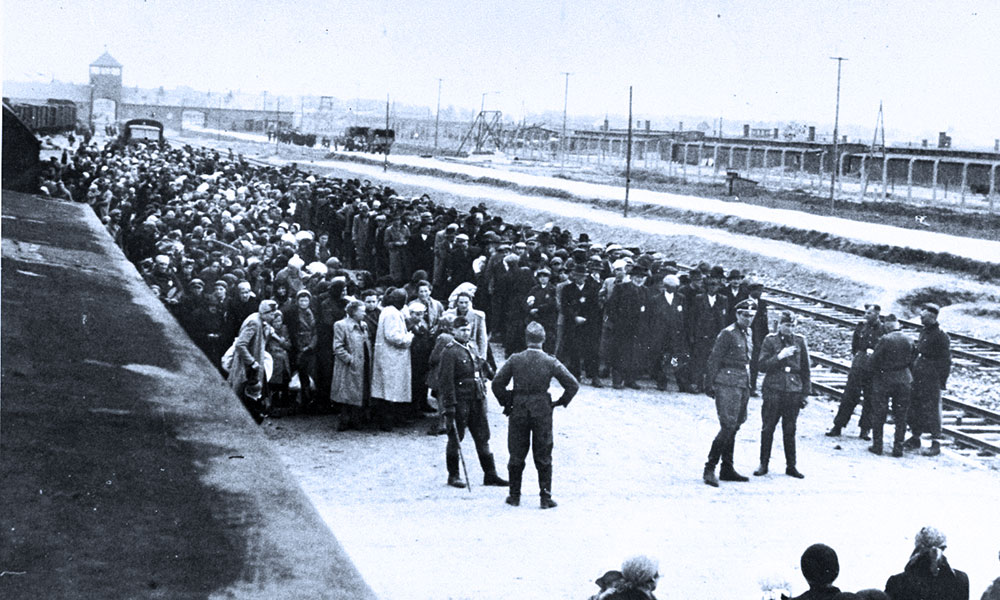 Wiesel and his family, like hundreds of thousands of other Hungarian Jews, were rounded up and transported to Auschwitz by train in cattle cars.

There are cultures that forget the past, and there are cultures that are held captive by the past. Jews do neither, and Elie showed us how. We carry the past with us as we will carry the memory of the Holocaust with us for as long as the Jewish people exists, as Moses carried the bones of Joseph, and as the Levites carried the fragments of the shattered tablets of stone.

Those fragments of memory help make us who we are. We live for what they died for when we walk tall as Jews, showing we are not afraid, refusing to be intimidated by the anti-Semitism that has returned to Europe or by the sustained assault on Israel, the one place on earth where Jews have ever been able to defend themselves instead of relying on friends who stayed silent, passive, when our ancestors needed them most.

Elie Wiesel: An Extraordinary Life and Legacy [MomentBooks, 2019] is a fitting tribute to Elie Wiesel. In its pages and through the words of its contributors, you will feel a promise, not just to the souls who perished, but also to Elie and all those who survived Europe’s darkest night: We will never forget you, we will not let you down, until Jews can walk the world without fear, witnesses against those who choose death, to the God of life who told us, “Choose life.”

Elie’s life was one that touched the hearts and minds of the world. In doing so, he was not just a blessing to the Jewish people, but to all of humanity. May his memory be blessed and may we all forever continue to be inspired by his legacy.

Jonathan Sacks is the former Chief Rabbi of the United Kingdom. He is the author of more than 25 books, most recently Not in God’s Name: Confronting Religious Violence.

Reprinted from the foreword to Elie Wiesel: An Extraordinary Life and Legacy. MomentBooks, 2019. The book is available in bookstores, online retailers and momentmag.com/shop