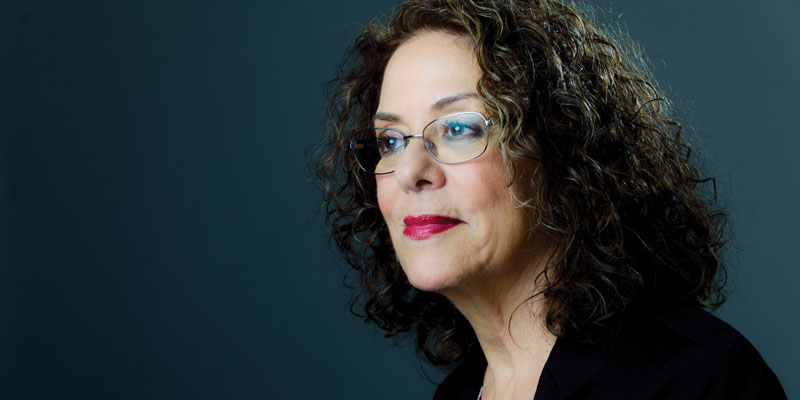 Carmi, now 70, chose to be a scientist after a high school teacher told her mother that Carmi could study either science or humanities, but that humanities would be much easier. Then and there, she decided to study science. In a class of 22 students, she was one of only two girls.

After medical school, she completed a residency in pediatrics, a fellowship in neonatology and then an additional fellowship in medical genetics at Boston Children’s Hospital and Harvard University Medical School. Her work has focused on the clinical manifestations and molecular basis of genetic diseases in the Negev Arab-Bedouin population. Her research has led to the identification of 12 new genes and the delineation of three new syndromes.

She developed a feminist consciousness during her pediatric residency. Until then, she recalls in a TEDx talk at BGU this past March, “I didn’t even know what feminism was all about.” But then she realized that women were being denied promotions and other opportunities. When she complained to the chairman of the academic promotion committee, he warned her, “You are a promising young faculty member; don’t let your feminism ruin your career.”

During her tenure at BGU, which comes to an end in late 2018, and especially during her term as the head of the Committee of University Presidents, Carmi put the advancement and promotion of women in higher education high on the public agenda. As a result of her efforts, every Israeli university’s operating budget includes an item dedicated to the advancement and promotion of women. She has said, “If you are a woman who has made it to the top, you have to be totally committed to the cause of women’s equality, and you must, on top of all the obligations and worries that come with the job, constantly work to pave the way, by any means possible, for your fellow women.” 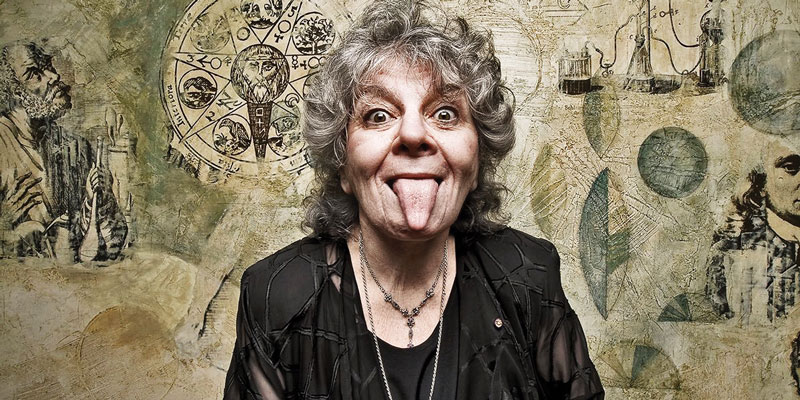 In 2009, Ada Yonath became the first Israeli woman awarded the Nobel Prize and the fourth woman to receive the Prize in Chemistry. She was recognized  for her research into the structure and function of ribosomes.

Yonath, who has degrees in chemistry and biochemistry, earned her PhD at the Weizmann Institute of Science in Israel and pursued post-doctoral research in the U.S. Upon her return to Israel, she established what was at the time Israel’s only ribosomal crystallography lab. Even though many were initially skeptical about her work, Yonath persisted, collaborating with like-minded scientists around the world. She was finally able to publish the full structure of the ribosome in 2001, shedding light on the way in which proteins are created in the body. This knowledge is crucial for the understanding of many diseases and has enabled chemists to improve their comprehension of bacterial infections and design more effective antibiotics.

Yonath was born in Jerusalem in 1939 to a family that had immigrated to the British Mandate of Palestine from Poland. Although her father was an ordained rabbi, her family scraped together a living by running a grocery store and shared a rented four-room apartment with two additional families and their children. Speaking at the 2016 Lindau Nobel Laureate Meeting, Yonath said that “contributing to young people is one of the miracles that happened to me after I got the Prize.” To these young people, she says, “Don’t listen to advice. Don’t even ask for advice. Do what is burning inside you.” 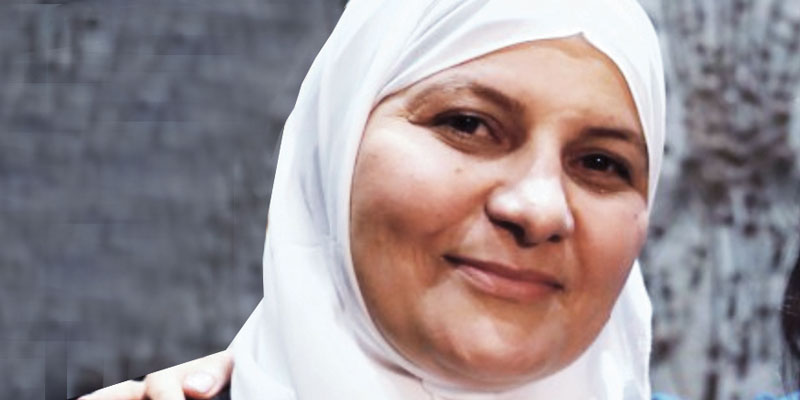 In May, Hana Mansour Khatib became the first woman appointed as a qadi—or judge—in Israel’s Muslim Sharia religious court system. Similar to Israel’s rabbinic courts, it is responsible for issues surrounding personal status such as marriage and divorce. The 45-year-old mother of four studied law at Staffordshire University in England and received a master’s degree in mediation from Israel’s Bar-Ilan University. She was appointed by Justice Minister Ayelet Shaked—long an advocate for women on the Islamic court—after passing examinations in legal and religious matters in order to become eligible. She has no Jewish counterparts: Jewish women are prohibited by Israeli law from sitting on rabbinical courts.

“If you are a woman who has made it to the top, you have to be totally committed to the cause of women’s equality, and you must, on top of all the obligations and worries that come with the job, constantly work to pave the way, by any means possible, for your fellow women.” —Rivka Carmi 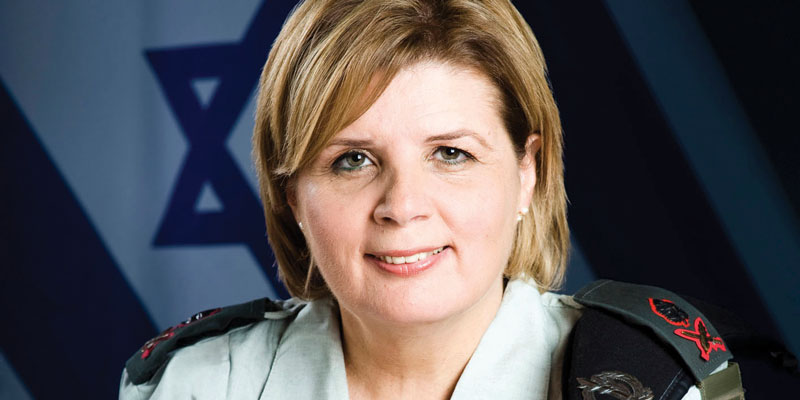 Orna Barbivai was the first woman promoted to major general in the Israel Defense Forces (IDF), the IDF’s second-highest rank. She served as head of the Human Resources Directorate. She was also the first female officer to head a corps other than the Women’s Corps (which was dismantled in 2001).

Barbivai, who retired in 2014 after 33 years of service, was responsible for changes in policy that allow soldiers to participate in social protests and Gay Pride parades. Also, under her leadership, religious male soldiers were prohibited from being excused from military ceremonies in which women are singing. She told a Knesset committee that “halachic [Jewish law] considerations cannot override the considerations of army commanders.”

Some feminists criticized Barbivai for not doing enough to promote women in the IDF. To these criticisms, she responded that she viewed herself not so much as a pioneering feminist but as a promoter of people on the periphery of Israeli society. 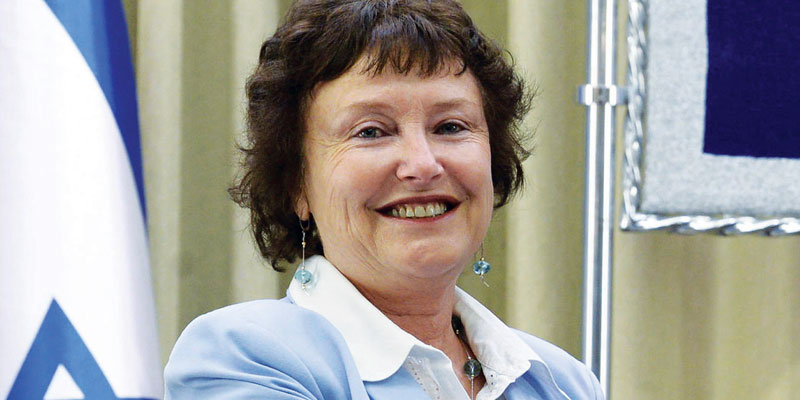 Karnit Flug was the first female governor of the Central Bank of Israel. Appointed in 2013, she retired in November. Flug was born to Holocaust survivors in Poland in 1955 and came to Israel at the age of three. After graduating with a PhD in economics from Columbia University, she held positions in international and domestic finance before her appointment as governor.

When he resigned in 2013, then-governor Stanley Fischer recommended that Flug replace him, but she was passed over by Prime Minister Benjamin Netanyahu and then-Finance Minister Yair Lapid in several early selection rounds. Flug was chosen after a long process that deteriorated into a duel between warring (male) politicians. During her term, her policies included an expansive monetary policy and supporting exports and employment. She did not hesitate to challenge politicians whose policies she disagreed with, including two consecutive ministers of finance.

In one of the first interviews she gave after her appointment, Flug said, “I do think having women reach top positions…paves the way for other women, in the sense that you can actually do it and combine having a family and having a career. Doing okay in this respect is probably helpful for women earlier on in their career, when they’re thinking, ‘Can I really do it?’” 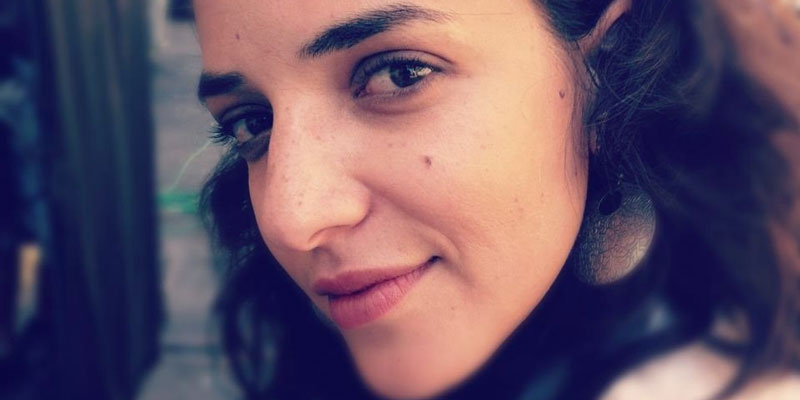 Lucy Aharish, 37, is the first Arab to anchor prime-time television news in Israel. Aharish grew up speaking both Hebrew and Arabic as a member of the only Arab family in the Negev town of Dimona, where her father was an engineer at the Dead Sea mineral plant. In 2015, she was selected to light a torch at the National Independence Day ceremony, one of the highest civilian honors Israel bestows. She has been criticized by some Israeli Arabs, who see her as “selling out” to the Israeli establishment and say that her success is predicated on the erasure of her Arab identity. She created a sensation in April 2017 when, following an attack by the Syrian army on civilians, she went off-script, and switching from Hebrew to English, demanded,  “Where is the Arab leadership? Where are you, traitors? Have you forgotten your own people?” Speaking of the Syrian civilian victims, she said, “Their blood is screaming in Arabic.” Her marriage to the Israeli Jewish actor Tsahi Halevi in October also caused a stir.