Until recently, the Met Cloisters, situated at the top of a peaceful hill in Fort Tryon Park in the middle of Manhattan’s bustling Washington Heights—a neighborhood with multiple synagogues and many Jewish residents—predominantly featured medieval Christian art and architecture. In July, however, the museum opened “The Colmar Treasure: A Medieval Jewish Legacy,” a small yet poignant exhibit featuring jeweled rings, a cache of silver coins and other precious possessions belonging to a single family in the once-flourishing 14th-century Jewish community of Colmar.

The treasure was discovered by workmen in 1863 during the renovation of a confectionery shop on the rue des Juifs (“Street of the Jews”) in Colmar, a city on the Rhine River in modern-day eastern France. One of the treasure’s highlights, an elaborate medieval Jewish wedding ring with the words “Mazel Tov” spelled out in gold lettering, evokes the comfort in which the Jews of Colmar lived. Having settled in the city, then part of the Holy Roman Empire, after being expelled from France in the early 14th century, the immigrants thrived, working as merchants in Colmar’s growing wine industry. Evidence of a synagogue, a mikvah and a school in the city speaks to the confidence and hopes this Jewish population had for the future.

Like most stories of lost Jewish communities, the tale this exhibit tells ends in tragedy. The plague of 1348 spread panic, which combined with existing prejudices, leading to accusations that Jews had poisoned the city’s wells. While the pope defended the Jews, the emperor failed to protect them. The result—mass murder. The people of Colmar burned the Jewish community to death. While the emperor took most of the Jews’ property, the Colmar treasure escaped that fate, remaining in the wall where it had been hidden for safekeeping until its discovery some 500 years later.

Regularly on display at the Musée de Cluny in Paris, the Colmar treasure is now on loan to the Met Cloisters through January 12, 2020. Moment editorial fellow Lilly Gelman talked with Barbara Drake Boehm, senior curator for the Met Cloisters about the exhibit’s impact on our understanding of medieval art.

I lived in Washington Heights for two years, and I used to go to the Cloisters all the time, so seeing this exhibit was really exciting. I think it’s going to change the way visitors think about medieval art because the museum, before this exhibit, contained almost exclusively Christian or secular art.

Exactly. The very architecture of the Cloisters sets you up to expect either a castle or a monastery, and it doesn’t speak to a world beyond those places.

That’s been very interesting to me, because, Washington Heights and Fort Tryon are very Jewish neighborhoods; a lot of Jewish immigrants came there after World War II, and Yeshiva University, a Modern Orthodox Jewish school, is in the area. There has always been this contrast between the museum and the local community.

We are aware of that community historically, and I know people who grew up there. I’m also really pleased that there is a connection now for the Jewish community. We have had manuscripts on loan from the Jewish Theological Seminary and recently bought a Hebrew Bible from the 14th century (which is in the Treasury at The Cloisters). But this is the first exhibition that’s really focused on Jewish artistic heritage.

Why did the Met decide to put this display in the museum in Fort Tryon rather than the Met’s 5th Avenue building?

The Musée de Cluny in Paris—which we consider our sister museum—in the same way as our museum, tries to establish a kind of ambiance in which people enter into a medieval world. They were closing for renovation, and the director there asked me if there was anything that we would like to borrow during the time they were closed. And I immediately said, yes, please, can we borrow the Colmar Treasure, with exactly this in mind: to try to bring to life, and have people recognize, the role of Jewish heritage in the medieval world.

How would you describe the role of Jewish artistic heritage in medieval Europe?

It’s too big a role to define uniquely by this treasure. There were Jewish residents across Europe for the entire medieval period, in different roles and different places. This exhibit just allows us to shine a light on one community, a merchant community in the Rhineland in the 13th and early 14th centuries. That’s when a Jewish community presence was established, in Colmar, largely in all likelihood composed of people who had previously been residents of the Kingdom of France, and were expelled from France just at the dawn of the 14th century.

When you think of a treasure, you might think of a pirate’s buried treasure, a big box that you open up, and it’s filled with gold. This treasure, on the other hand, is modest in size, and I think that’s where its power lies. When I go to see the Crown Jewels in London, they’re spectacular, and it’s really exciting to see that. But I cannot, in any way, translate them into my world. When I see the Colmar treasure and what’s in it—rings, small things that might have been in your own jewelry box, 300 coins, like the box of quarters that you’ve got at home to put in parking meters—the very size of it makes it easier for people to relate to. Because it’s easier for people to relate to, it makes it that much more apparent that these were individuals who were tragically lost.

It’s not the cumulative weight of the gold and silver that makes it a treasure. It’s the fact that it speaks to us on a personal level. And I think that happens to people, regardless of their own faith background, when they look at it because it’s the kind of thing that does represent a legacy at a particular moment. You can imagine yourself putting those rings on. You can imagine yourself with a small pot of silver coins. It feels personal, and therefore the loss feels more personal.

How do you think that having this exhibit on display at the Cloisters will affect visitors?

I hope that they’ll understand that the medieval world was not monolithic. That it was more like our world than they otherwise might have thought. I hope it’s not like our world in terms of the tragic tale, the tragic end of the story, but that it starts to bring this community, this Jewish medieval community, to life and puts it back on the map. 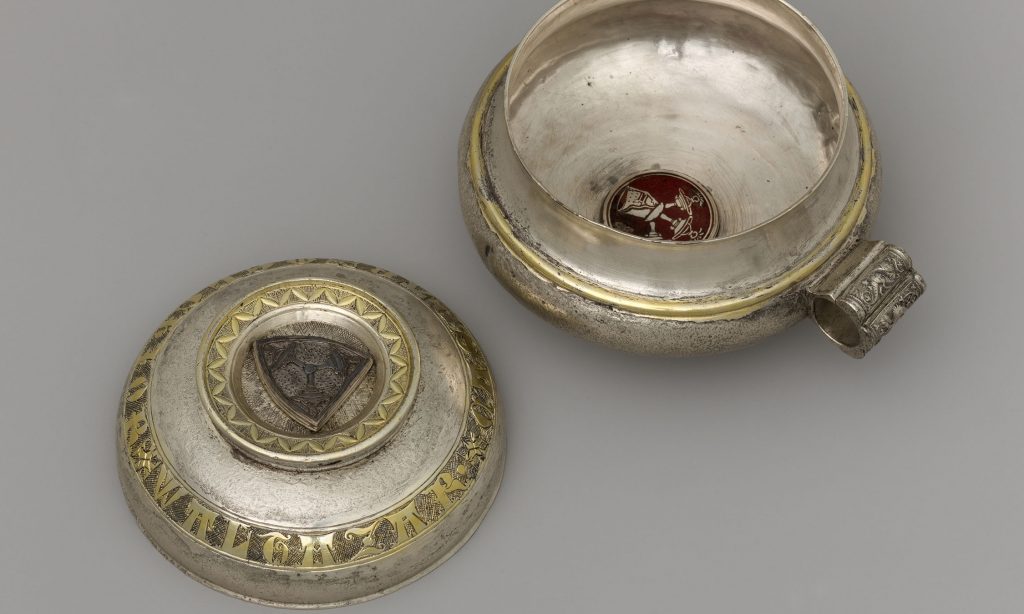 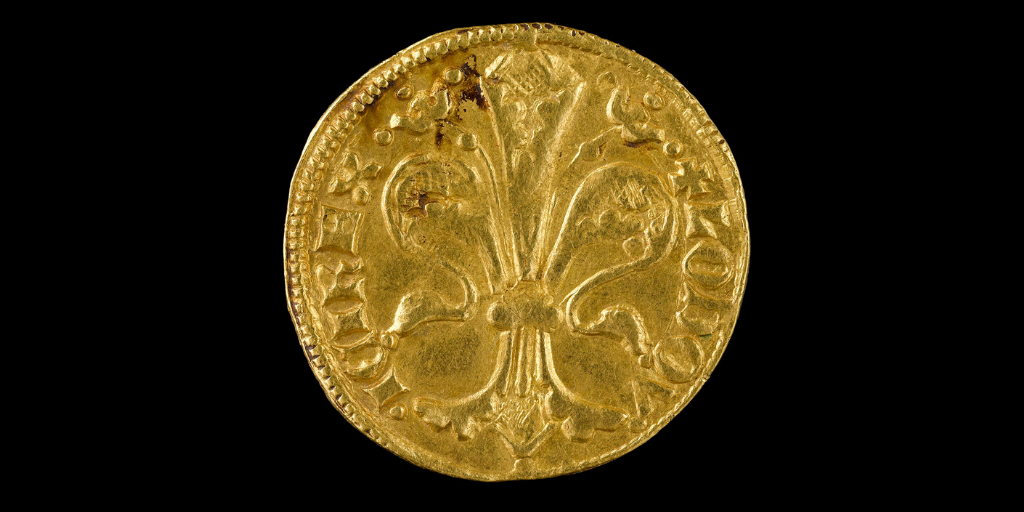 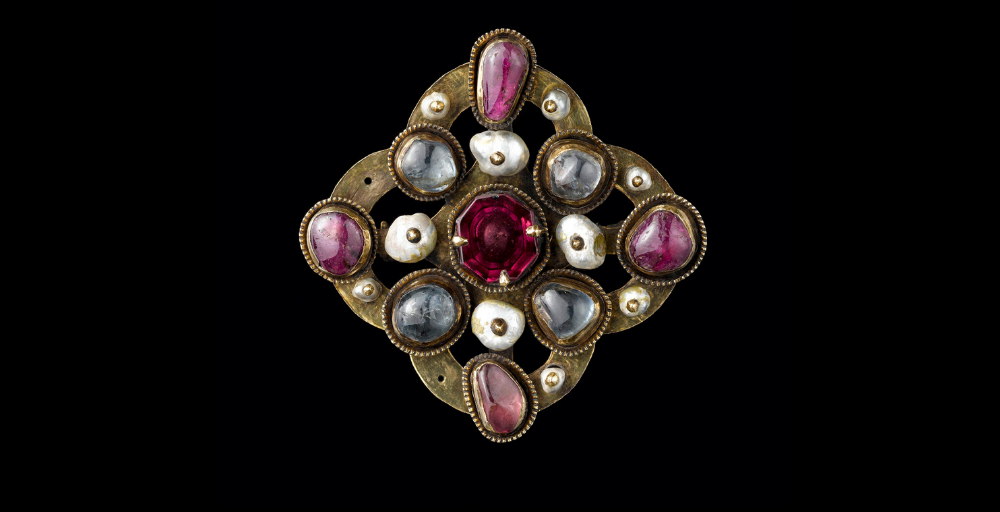 END_OF_DOCUMENT_TOKEN_TO_BE_REPLACED

In the News, Latest

Facebook Twitter Pinterest linkedin Telegram
For the French-Jewish community, last week's attacks were a confirmation of their worst fears. After a year of rising anti-Jewish viole...

END_OF_DOCUMENT_TOKEN_TO_BE_REPLACED

What do Italian Futurism, the Pre-Raphaelites and Judaism and Christianity have in common?

This summer and fall, the Metropolitan Museum of Art is highlighting the little-known Pre-Raphaelites in the exhibit, “The Pre-Raphaelite Legacy: British Art and Design” (through October 26).

END_OF_DOCUMENT_TOKEN_TO_BE_REPLACED

My parents were Polish-Jewish Holocaust survivors who fled World War II and ended up in Mexico, where my sister and I were born. They lost most of their families. My mother had only a brother, an uncle and a cousin who survived, while my father only a sister and two cousins.

END_OF_DOCUMENT_TOKEN_TO_BE_REPLACED

Facebook Twitter Pinterest linkedin Telegram
R. Justin Stewart may not be the first artist you’d expect to be behind a work called “Distorting (a messiah project, 13c).” The self-d...

END_OF_DOCUMENT_TOKEN_TO_BE_REPLACED

Strauss-Kahn—Still Bad For The Jews?

Facebook Twitter Pinterest linkedin Telegram
By Theodore Samets The idea that France was set to have a Jewish president before the United States sounded weird, anyway. Of course,...

END_OF_DOCUMENT_TOKEN_TO_BE_REPLACED

The Hypocrisy of Boycotting

Facebook Twitter Pinterest linkedin Telegram
by Daniel Hoffman Many European and American students are familiar with academic boycotts of Israel, campaigns which emerged in the Un...

END_OF_DOCUMENT_TOKEN_TO_BE_REPLACED

Abraham Yurberg: A Life In Art