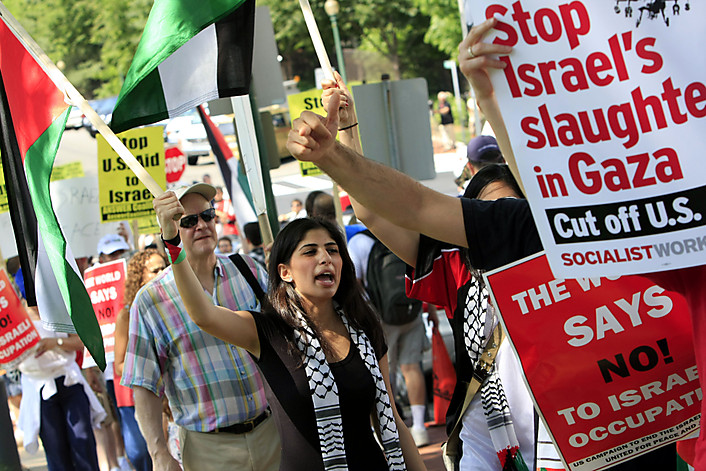 To me, the flotilla incident was no surprise. Since I’ve left the insular Charles E. Smith Jewish Day School for the similarly insular world of Bard, I’ve seen my fill of flotilla-types getting worked up. They angrily train people to go to Gaza and teach non-violent resistance. They sell inflammatory T-shirts. They raise money. Sometimes this money goes to good causes, like the Bard Palestinian Youth Initiative. Sometimes it doesn’t. They have good intentions to change terrible situations, but they are incredibly self-righteous and upset.

With good reason. I’ve noticed them, I’ve talked to them, I’ve become angry, exacerbated, and tried again. However, the mainstream Jewish community has not shown the same persistence with these not-so-delightful folks, and man, are they agitated.

Rather than dealing with them, the Israeli government and the American Jewish community have been doing what they do best; dismissing them. To them, they are a small force to squash with superior strength, or argumentation. They are not. They are scary because they have a lot of legitimate things to say, and don’t care how hypocritically they say it.

Worst of all, they make for great TV.

Many are not Jewish, Israeli, Muslim, Arab, or Palestinian. Some have exiled themselves from those communities. Because of this, they need not distance themselves from the situation because it’s too personal and hard. Unfortunately for us, we in the American Jewish community and Israel often do. And we really can’t afford to do so any longer.

But, it is not time to shout what we were saying before, now louder, and achieve a false “unity” via bullying and sloganeering. We are not united. And rather than point fingers at the “self-hating” Jew of the moment, be it Goldstone, Chomsky, or Finklestein, we should all hate ourselves a little more.

We cannot distance these people from our synagogues, and expect them not to find another outlet. Israel cannot deny Noam Chomsky access into the country or worse, kill those on the Mavi Marmara, and expect them to be scared away. Like it or not, they have much of the international community behind them. They are growing more radical with more backing the more we ostracize them. And we are ostracizing them because we know there are ideas of universalism and human rights behind their ravings.

Activists like those on the “Freedom Flotilla,” see that Israel’s strength is a farce, pure might with little matter, and feel no affection. So why are we so willing to let them dictate the discussion? It seems to me, we are content with superficial success and have forgotten our moral imperatives.

Many of even the staunchest Israel supporters will quietly admit that there is something wrong with the Gaza siege or the settlements in the West Bank. However, it has gotten to the point that after arguing over the PR aspects of crisis of the week, here, the flotilla, we are too exhausted or confused to discuss the underlying issues of siege, occupation, the Egyptian tunnels, and the humanitarian crisis. Yes, the “other side” is a huge part of the problem. But can we truly play the blame game in light of our own issues?

Instead of griping about the news, what if we were part of something bigger? What if we wove our love of social justice for all, self-questioning, and humor into the new face of the Jewish community’s response to Israel issues?

We cannot afford to ignore the flotilla incident. We can easily write it off superficially by discrediting those aboard, but meanwhile, our own ship is sinking.