‘Transparent’ Leaves This World a Stranger to Itself

From its premiere in 2014, Jill Soloway’s Transparent cemented itself as one of the most radical visions of Judaism in TV history. That’s partially because the Amazon series built itself around a Jewish patriarch who transitions in their seventies—a story inspired by Soloway’s own parent.

But it’s also because the show has always played with its central family’s Jewish identity and customs in offbeat, transgressive ways, allowing the gender politics and arrested development of its central characters to twist their relationship to their own faith. The not-yet-out protagonist canceled their daughter’s bat mitzvah so they could go to a cross-dressing camp; one of the children began a torrid love affair with a sexy rabbi. The show wanted to understand: What is the purpose of Judaism amid the mental chaos of modern life, when so many families can feel like strangers to each other? 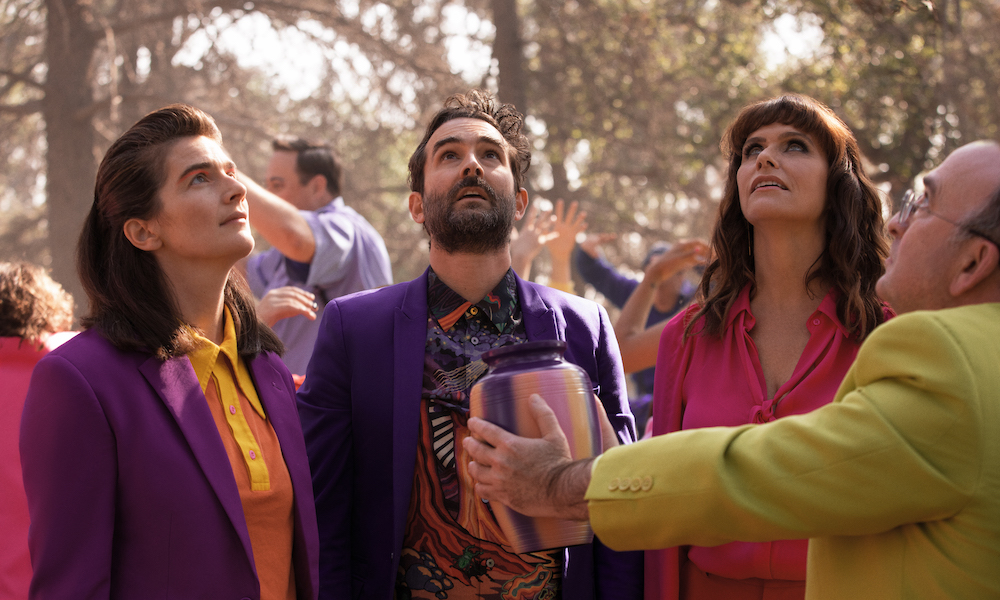 Throughout the dark comedy’s four-season run, some critics soured on its approach to trans issues, which left Judaism as the most authentic part of the show. That’s doubly true now: During the #MeToo movement in 2017, series lead Jeffrey Tambor, who played the transitioning Maura Pfefferman, was accused of on-set sexual harassment and parted with the show. This left Transparent without its trans parent, putting it in the same league as House of Cards and Roseanne: a vehicle built around a singular personality, forced to reconstitute itself after that personality’s abhorrent behavior (denied, in Tambor’s case) made it impossible to continue working with them.

When Transparent released its 102-minute series finale on September 27, it did the expected and killed off its protagonist. The “Musicale Finale” is an extended Kaddish to Maura, as her ex-wife Shelly (Judith Light) and three children (Amy Landecker, Jay Duplass and Gaby Hoffman)—each a petulant, sex-obsessed narcissist in their own right—work through the funeral and shiva, processing their grief over losing someone they were only just beginning to truly know. If you squint, it’s almost like this happened on purpose.

How do the Pfeffermans grieve? Why, through song, of course. The finale is packed with big, boisterous musical numbers of wildly varying tone and quality. Jill Soloway’s sister, Faith, is a producer and songwriter who shares co-writing credit here (and plays “Shmuley,” the pianist). Much of the finale is based on a Transparent Broadway musical Faith is currently writing, which explains why so much of it feels out of step with the show’s internal reality—like Shelly donning a skintight latex bodysuit to belt a big, campy showstopper about wanting to shove her children back inside her body, or Richard Kind showing up as a lawyer to do some Sondheim-y patter about who Maura bequeathed her house to in her will.

Other parts are beautifully resonant. The “Lech Lecha” Torah portion becomes a musical motif, with the line “run from your father’s house” reinterpreted as a call for the Pfefferman children to escape the burden of their childhood home. In moments like these, there’s some emotional truth to be found, as the whiz-bang operatics can seem a lot like the unchecked emotions that run through someone’s mind when they lose a loved one.

But then we get to the Holocaust. Actually, it’s the “Joyocaust,” Shelly’s attempt to create an “equal and opposite reaction” to the Shoah, which in Transparent logic means staging a big, colorful song-and-dance to represent “six million people feeling joy at the same time.” It’s the big finale, and it’s in outrageously poor taste: jaunty lyrics about concentration camps, arm tattoos and Jesus dying on the cross. “Hell yes, we crossed the line,” the cast sings, as Soloway’s series-length masterclass in modern Jewish specificity ends with this baffling attempt to haul every Jew into the light.

Listen, if some can find catharsis here, that’s great. But for a show that was all about rethinking relationships, it’s kind of a bummer that some onetime Transparent fans will now have to do the same with their relationship to the show itself.