They say a hero is only as good as its villain, but what if said villain is not a psychopathic clown with a penchant for scars, a master of magnetism or an intergalactic purple titan looking to snap half the universe out of existence? What if the villain is not an individual at all but a disunified collective force of greed, apathy and selfishness?

This is the approach director and cowriter Patty Jenkins takes with Wonder Woman 1984 (WW84), the sequel to 2017’s Wonder Woman, in which Gal Gadot reprises the titular role of Diana Prince. Of course, our hero cannot fight an idea outright, so Jenkins creates surrogates to spread her rebuke of the gospel of wealth in the form of Kristen Wiig’s (Bridesmaids) Barbara Minerva, Diana’s nervous and fidgety coworker, and Pedro Pascal’s (The Mandalorian) Maxwell “Max Lord” Lorenzano, a failing oil tycoon and self-proclaimed TV personality. When the two stumble upon a magical stone that grants its holder anything they desire, they end up unleashing a chaotic spiral of indulgence on a worldwide scale, allowing selfish wants to overrun society.

Neither Barbara nor Max are inherently evil. Rather, they fall prey to their desires and use the stone to become the person of their dreams. For Barbara, that person is Diana—personable, confident, beautiful and, to Barbara’s great surprise, superpowered. Max, on the other hand, wants to become the physical embodiment of the stone itself—with the power to grant wishes and take what he wants from others—to rejuvenate his business and earn respect. 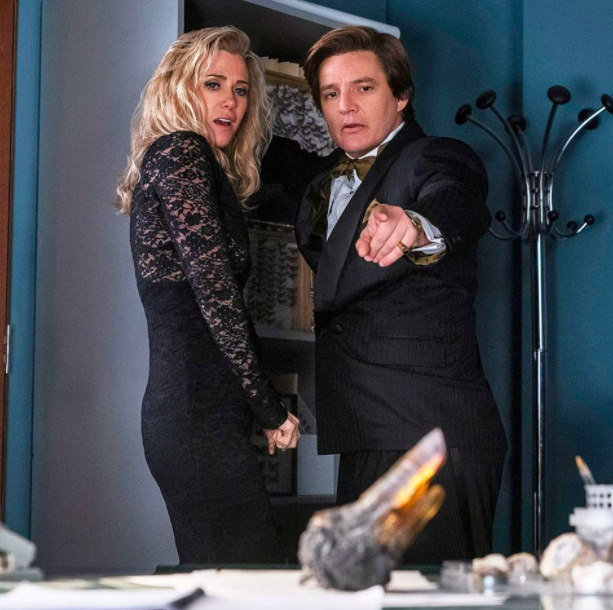 However, the two pay a heavy price for their new selves. Barbara may have Wonder Woman’s confidence and abilities, but in her effort to protect her new power, she loses her warmth, loving nature and Diana’s friendship. Max gets so caught up in his wealth and power that he forgets to care for his son, the one thing that ever mattered to him.

It’s a tale as old as time, one about which nearly every religion and philosophy has something to say. Judaism is no exception. In his commentary on Pirkei Avot, Rabbi Abraham J. Twerski translates Chapter 5, Mishnah 13:

But approach one is harder to grasp. At first glance, it seems that there is nothing wrong with simply stating, “What is mine is mine, and what is yours is yours.” However, the Mishnah calls this type of person “average,” and even goes so far as to compare them to the people of Sodom, a city so wretched that Abraham could not even find ten righteous people there to make the city worth saving from destruction.

It is only when one understands what the sin of Sodom actually was that the language of the Mishnah becomes clear. As the prophet Ezekiel writes in Ezekiel 16:49:

Only this was the sin of your sister Sodom: arrogance! She and her daughters had plenty of bread and untroubled tranquillity; yet she did not support the poor and the needy.

To say “What is mine is mine, and what is yours is yours” is to live life with an isolationist attitude. I don’t hurt you; you don’t hurt me. You keep your property; I will keep mine. What’s mine is mine, and what’s yours is yours. It’s easy, cost-efficient and allows one to live without compromise. But it also creates a world where everyone is only looking out for themselves, where no one is willing to sacrifice what they want for the greater good, leaving the less fortunate alone without the resources or know-how to survive.

This situation is what Wonder Woman faces in WW84, a society of individuals so focused on themselves that they forget to care for those around them—her own experience of Sodom. An emir’s wish to rule his ancestral land endangers his country’s water supply and leads his people to the brink of civil war; the U.S. president’s ambition for more nukes places Russia on high alert, nearly causing a nuclear catastrophe. And it is not just world leaders who fall victim to their desires. In the heat of an argument, an Irish man wishes his wife would drop dead seconds before she wishes that everyone like him be sent back to “where they came from.” 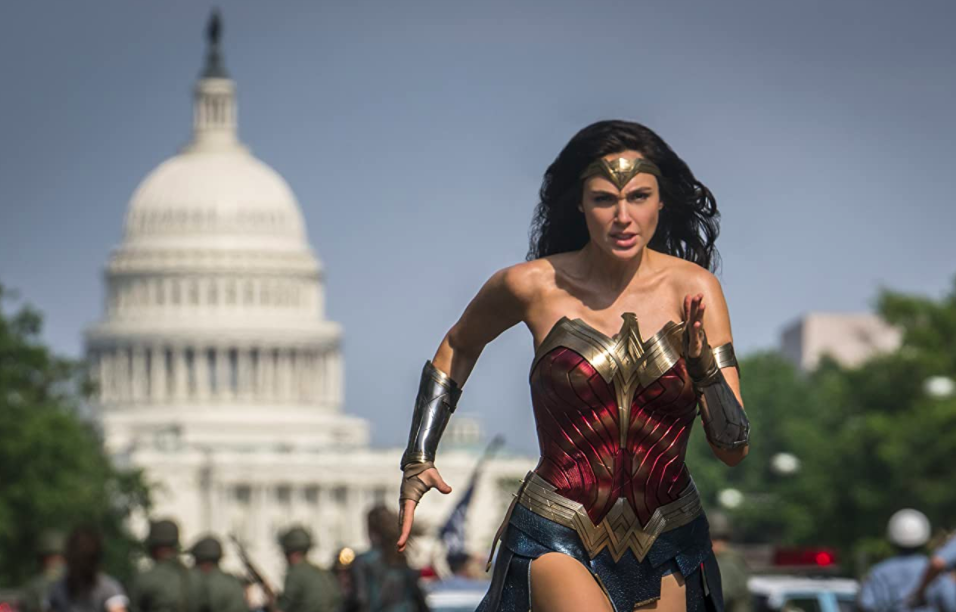 The 1980s are a decade remembered most for the rise of consumerism culture, so it is easy to see Wonder Woman 1984 merely as a rebuke of its titular era. But Jenkins is cleverly pointing the camera back at the present day, whether she knows it or not. So many today are choosing what they want to do over what is best for the collective. They don’t support climate change legislation because the floods and heatwaves do not impact them. They say they don’t want to wear a mask because they are not sick or because it violates their freedom and liberty. They riot and ransack the Capitol because their candidate did not win. They view their actions simply as their own without taking into account how they impact others.

But there is another way, a better way, according to Jewish law. It asks us to be generous, selfless and caring. To listen to what others are saying and consider how our actions may impact those around us. But most importantly, it asks us to make sacrifices. To say what’s “Mine is yours, and yours is yours.” To be willing to give up something—even if you don’t believe in it or it makes you uncomfortable—for the other. Not to show you are endorsing it. But to show that you are endorsing your fellow.

It is a difficult choice to make, one that even Wonder Woman struggles with in the film. She too succumbs to her wants, using the wishing stone to bring back her long-dead lover Steve Trevor (Chris Pine). The stone, however, takes her powers in return, forcing her to make a devastating decision: live her life with Steve and let the world burn, or sacrifice him once again so others can live for tomorrow. In the end, she chooses the latter, sacrificing her greatest desire for the greatest good. 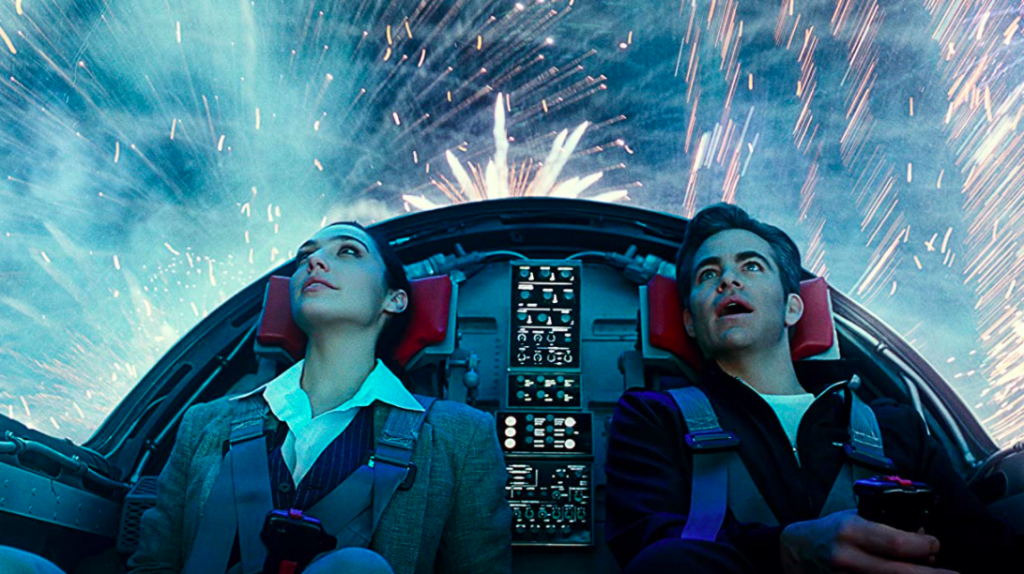 As the Mishna states, those who say “What is mine is mine, and what is yours is yours”—the Barbaras, Maxs and Karens of the world—are not inherently evil but “average.” However, as both the Bible and Wonder Woman 1984 make clear, selfish and narcissistic behavior can corrupt even the most innocent. It is only when we choose others over ourselves that we can claim to be pious. Only then do we become heroes.

END_OF_DOCUMENT_TOKEN_TO_BE_REPLACED

From the early beginnings of TV in the 1940s, Jews have been at the forefront of shaping the television landscape. Join television historians Walter J. Podrazik and Harry Castleman for a walk down memory lane and learn about the fascinating characters who started CBS, NBC and ABC as well as the creators and actors of some of the most iconic programs such as Your Show of Shows, The Goldbergs [the original series], All in the Family and many more.