An occasional series featuring trailblazers who are working to create change in the Haredi world in Israel.

Estee Rieder-Indursky grew up Haredi in Tel Aviv. She wanted to write about politics and current affairs and convinced the editor of a Haredi newspaper to give her a shot. Since Haredi newspapers only allow men to be reporters, Rieder-Indursky wrote under a male pseudonym for ten years. She interviewed, among others, Ariel Sharon, Jacques Chirac, and Ehud Olmert, all of whom who were surprised to see a Haredi woman reporter. Five years ago, she joined a campaign calling for women to be able to take part in political activities. She was the CEO of No Voice No Vote Campaign, which in 2018 won a case in the Israeli Supreme court requiring Agudat Yisrael, the leading Haredi party in the Knesset, to accept women into its ranks and appoint them to the party slate. She is now writing her PhD dissertation at Tel Aviv University about Haredi women studying Talmud and has just finished a book, The Invisible Women.

What is the situation of women in the Haredi community?

If you take the women away, the community would not exist. Most male Haredim don’t work and study Talmud full time. This is possible only because women work, provide and carry all the burdens of parenting. We are like Wonder Woman, earning very little, having a lot of children and completely invisible in the public sphere. Women have no presence in the Haredi public arena.

Does the powerful economic role of women lead to conflicts within the family?

Rarely, because we (as I was) are educated to be obedient. We work not because we want a career, to fulfill ourselves and use our skills, but instead to support the study of Torah. If we do this, then HaShem is happy. This is all very well until there is not enough money to buy shoes for children or pay for the dentist. Thirty years ago, parents could help. Now families are very big and poor. At the same time, women are no longer working only in traditional jobs such as teaching, nursing and childcare. They increasingly become lawyers, accountants and even software engineers. Many are in the secular world, in professions that their mothers and grandmothers couldn’t even dream of.

Are restrictions on women increasing?

For all the positive trends that are written about, there is a counter reaction. Haredi men, while they are increasingly involved in Israeli life, are not more liberal. They are afraid that their life will change. Haredi leadership is responding to fear by building higher walls. Haredi leaders are also trying to export the mishigas (craziness) of segregation into the secular world. They fight to exclude women, even secular women, from the public sphere. In Kikar Rabin in Tel Aviv, there was a musical event where women singers could not sing on stage. In new Haredi shuls, the mechitza (divider) is no longer a curtain, it’s a wall. When I was in school, I had to cover my legs with stockings when I turned 12. Today, girls in kindergarten, not even in elementary school, wear stockings.

How does this differ from Haredim in America?

In New York you can see very “frum” Haredim working together with the secular. The New York Haredim work with women. They will stand in line in a bank, even if the cashier is a lady. But in Bnei Brak, the banks have special lines for women and for men. Can you conceive of that at Chase Manhattan? I’m writing a PhD about Haredi women who study Talmud. American Orthodox women have been doing this for decades. But for Haredi women it’s very, new and nearly unspeakable, even worse than talking about politics. When I say that I’m trying to get Haredi women into politics, people will say, “Well you are crazy.” But I can’t even mention that I go once a week with some friends to learn Gemara from a man in a house in Bnei Brak. After three years we are on the fourth tractate. You remember, in the movie The Shawshank Redemption, Tim Robbins tried to escape from jail and chiseled a hole in the wall with a spoon. Like this, learning Talmud is very, very slow.

Some of my secular Israeli friends say, “I hate the Haredim.” Why is there so much bad feeling?

It’s terrible. Secular Israelis see Haredi Knesset members on television and they are very bad ambassadors of our community. Moshe Gafni, a Haredi politician who sits on the finance committee, would never fund a liberal yeshiva, where secular subjects, like God forbid, English, are taught. And from the other side, for a lot of politicians—Lieberman and others—the way to get votes is to bring as much hate against the Haredim as possible. Even here, in this beautiful neighborhood in Ramat Gan, the newly elected mayor opened a WhatsApp group and I was shocked how my neighbors spoke about Haredim. When I grew up in Tel Aviv, 30 or 40 years ago, the Haredim were not so strong and we and the secular lived together amicably. And the religious Zionists (dati leumi) are becoming closer to the Haredim. Bezalel Smotrich, a Knesset member, recently said that Israel should be governed by Torah at the time of David and Solomon and by halacha.

The Haredi birth rate is 6.9 children for every woman. Even if some Haredim leave and a segment grows more liberal, won’t the community have a greater and more influential conservative impact on Israel’s politics and society?

The Haredim vote in very high percentages, the vast majority supporting the two Haredi parties. Voting is the easiest mitzvah in the book. Go, once in four years or even every three months, put down the Gimmel (United Torah Judaism) or Shas sign, the rabbi blesses you, and you feel that you contribute to the community. At the same time, many secular people are turned off by politics and many will not even vote. At the end of the day the Haredim could get even more power. If we have a prime minister leading a secular coalition, then Haredi political power will not grow and Israel will remain an open and tolerant society. But if someone like Bibi Netanyahu gives Haredim whatever they want, then Israel will not be a good place to live in.

What is the status of those who are seeking to change the Haredi community?

There are many brave and committed Haredi women and men fighting for political representation, fighting child molesters, seeking to integrate Haredi women into the labor force and into influential political and non-political positions. The state of Israel is not helping us, but our numbers are growing. I’m on the board of “Itach-Maaki” (“Lawyers for Social Justice”)an organization which includes secular, Haredi, and Arab women. I believe in solidarity. Haredi and Arab women have a lot in common. Certainly, my movement is a small minority inside a minority. But we are like the successful suffragettes of the past. Women will increasingly enter politics, including but not only in the Haredi parties. Five years, ten years I don’t know, but women will slowly gain political power. Eventually our struggle will provide a safer future for our grandchildren. 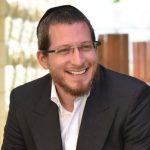 ‘Haredim Cannot Be Isolated Anymore’: An Interview with Menachem Bombach

END_OF_DOCUMENT_TOKEN_TO_BE_REPLACED

What Will the Families of Meron Victims Think 110 Years From Now?