In Rome several months ago, the future of the signature dish of the city’s 2,000-year-old Jewish community—the carciofo alla giudia (Jewish-style artichoke)—was threatened by a decree from the Israeli rabbinate’s head of imports, Yitzhak Arazi, who declared the speciality treif (non-kosher). The reason, he argued, was that worms and parasites could get into the heart of the artichoke, thereby posing a risk that someone might inadvertently consume such a bug. Rome was in uproar at the prospect of the artichoke’s demise—and understandably so. Tourists as well as locals from Rome’s Jewish community have long flocked to Il Ghetto in the historic heart of Rome, where this delicacy has been served since the 16th century.

The famed recipe is to take a “Roman” artichoke (smaller than the usual vegetable), slice off the outer leaves with a sharp knife, open it up by beating it, soak it in water with lemon juice and sprinkle with salt and pepper. Then deep fry it in olive oil, remove and drop some cold water to make it crisp and then serve it hot. 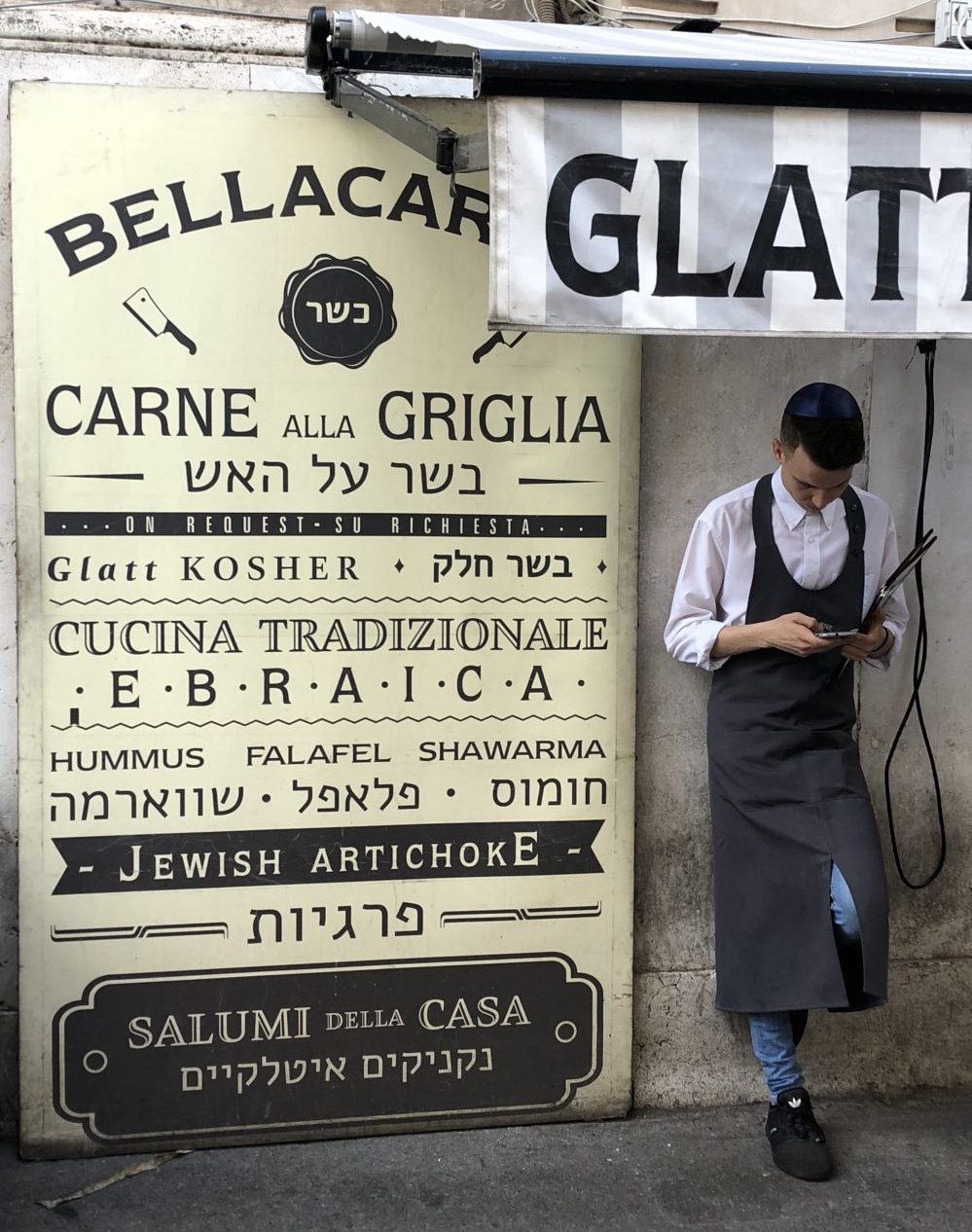 A sign outside BellaCarne restaurant, next door to Ba’Ghetto. (Dina Gold)

Little reported was the fact that the Israeli rabbinate’s remit is to set kashrut policies in Israel, and that the edict extended only as far as those products imported to Israel from overseas. Jewish communities around the world are, in fact, able to set their own kashrut policies. Still, some Italian Jewish restaurants did (temporarily) obey the edict, and disappointed customers found their beloved carciofo alla giudia were unavailable.

The media soon piled in with lurid headlines such as “Rome’s Jews Fume After Israeli Rabbinate Bans Staple Dish,” “Rome’s Jews Condemned for Traditional Artichoke Dish” and “Has Rome Declared an Artichoke War?” There were numerous stories of protests, petitions and interviews with religious leaders and restaurant owners. A popular meme on social media among Rome’s Jews was “Je suis carciofo”—a play on “Je suis Charlie,” the slogan that spread across the world following 2015 terror attack on the Paris offices of the satirical magazine Charlie Hebdo.

Experts pointed out that, unlike the artichokes common in Israel, the type used in Italy—mammole, Romanesco or cimaroli—have tightly overlapping leaves which insects are unable to penetrate. 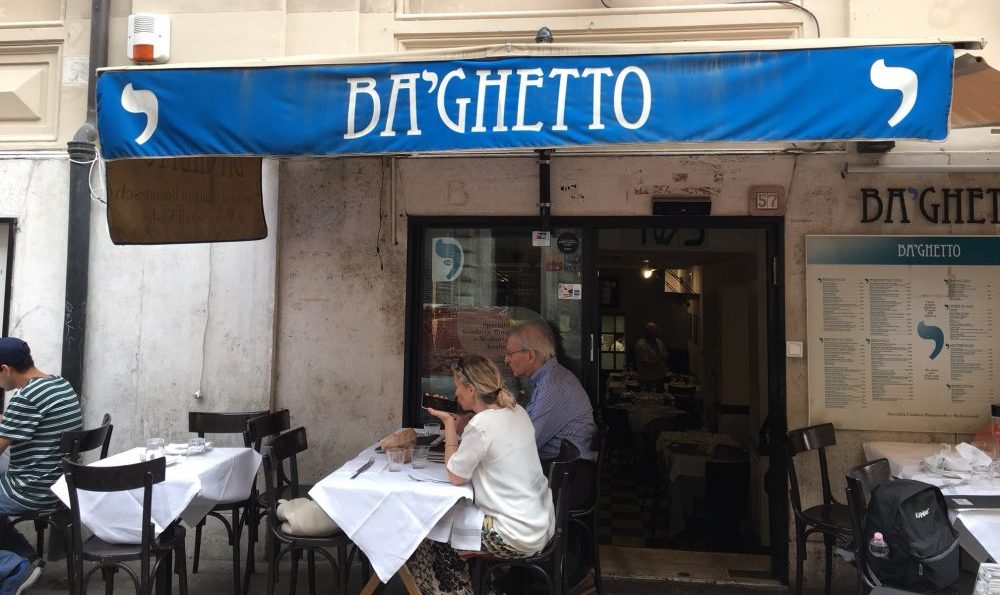 After a visit to the Great Synagogue and Jewish Museum of Rome, it took just a few minutes’ stroll to reach the heart of the ghetto. Walking down Via Della Reginella, and stopping to read the numerous Stolpersteine (stumbling stones) laid into the cobbled sidewalk outside the last homes of Jews deported during the Third Reich, you see ahead of you several kosher restaurants, including the oldest in Rome, Ba’Ghetto.

There’s no mistaking what’s on offer—it’s all kosher, and a big sign at the entrance announces “The Best Jewish Style Artichoke and other Roman Jewish Specialties.” Not a hint of the much-trumpeted treif tirade. 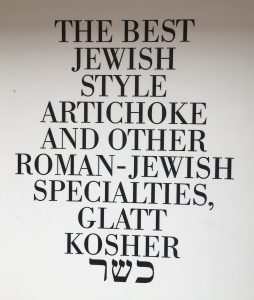 Ordering a carciofo alla giudia was a must. What was the real story, we inquired, and had the furor died down? Our waiter, an Israeli immigrant, explained that one shipment to Israel from Italy had been left unchecked for longer than normal, and that when an inspector had finally sliced open one particular artichoke, he had found a worm. And although the rumpus that ensued had been excessive, it had now blown over entirely. Our fried artichokes duly arrived and were, I can reliably report, absolutely delicious—with a nutty flavor and crispy texture. At nearby tables, plenty of other diners were also enjoying this iconic delicacy. Rest assured, there is no longer an “artichoke war” in Italy. Enjoy!

END_OF_DOCUMENT_TOKEN_TO_BE_REPLACED

Though the number of Jewish births in the UK has outpaced the number of deaths since 2006, the community continues to skew older. Those over 60 are at a far higher risk of becoming sick or dying from the coronavirus. In addition, the majority of British Jews live in and around London, where the outbreak in Britain has been most pronounced. The city remains weeks away, reports suggest, from the coronavirus’s peak.