The Girl in the Blue Sweater

We checked in with Helena to see how she’s doing during the pandemic. Read the story here.

An elegant lady of 95 walked in to my friend’s Upper West Side apartment on the second night of Passover. She had an aristocratic air. All eyes were on her, coiffed in auburn waves, wearing strings of pearls above a vibrant sapphire blue sweater. “What a beautiful sweater!” I told her. She was quick to tell me she wore it every Passover. The sweater also came with a story. Little did I know that Helena’s story—a tale of persecution, survival and liberation—echoed the story of Passover. Fortunately both had happy endings.

The story starts in Dusseldorf, Germany in 1924, when Helena Weinstock Weinrauch was born to a pianist mother and an engineer father. The family moved to Poland a few years later when her father accepted a position offered by the Polish government. For the next decade, life was good and they prospered. But all that changed in 1939.

After a brief occupation by the Germans, the Russians arrived. Well-to-do people, suspected capitalists, were threatened with exile to Siberia. Helena’s parents and older sister Erna, were forced into hiding. But 16-year-old Helena stayed to get her diploma while working part-time in an office. She’d get up at 5 a.m. to wait on a food line, go to work and then to school until 9 p.m. 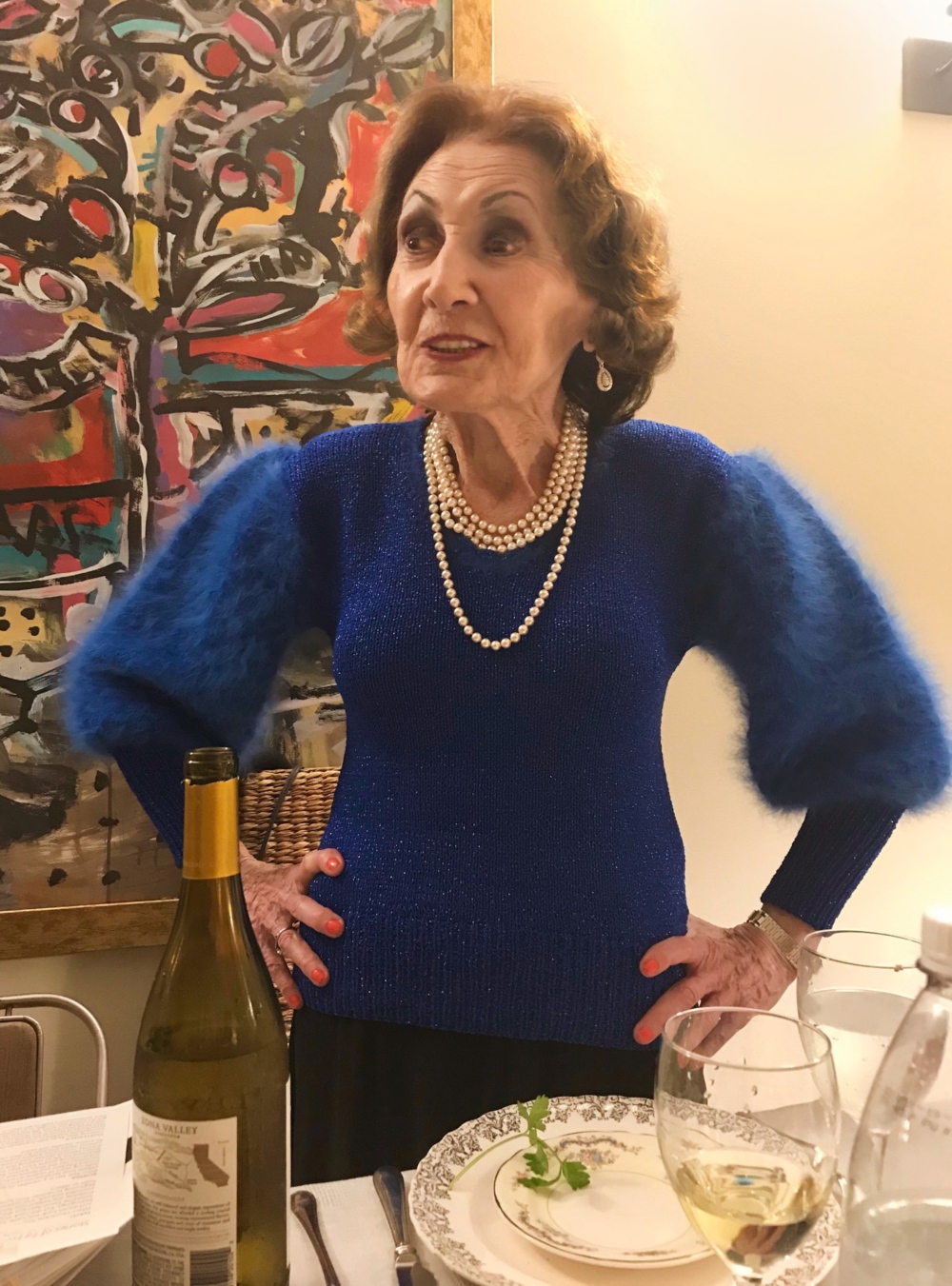 Helena at Passover. (All photos courtesy of Helena Weinstock Weinrauch)

A year later her parents returned and the Weinstocks were reunited, though it would be short-lived. The Nazis marched back in and restrictions on Jews got harsher. One day, while Helena was at work, 300 Jewish families were rounded up—including her parents and older sister. Helena never saw them again.

It was her boss who became her hero, risking his life to get her counterfeit German papers. She was a purebred Aryan woman according to her new documents, weaving a story that her fiancée was on the German front fighting. With a new identity, she left for Krakow and the home of her boss’ friends. To them, she was a pretty, young German girl. They even included her in a social event where she found herself nervously dancing in the arms of a Nazi officer, a dance that would later save her life. But her German disguise didn’t last long. Hurrying down a street one morning, she was recognized by a former classmate who turned her in to the Gestapo.

And so began a terrifying chapter. The Gestapo, desperate to know the originator of her fake papers, beat and tortured her almost to death. But she never yielded and soon faced a firing squad. Fate intervened when the Nazi officer she had danced with recognized her on the firing line and halted the execution. Humiliated that he had been deceived by this Jewish girl, he condemned her to what he believed was a life worse than death, a concentration camp. 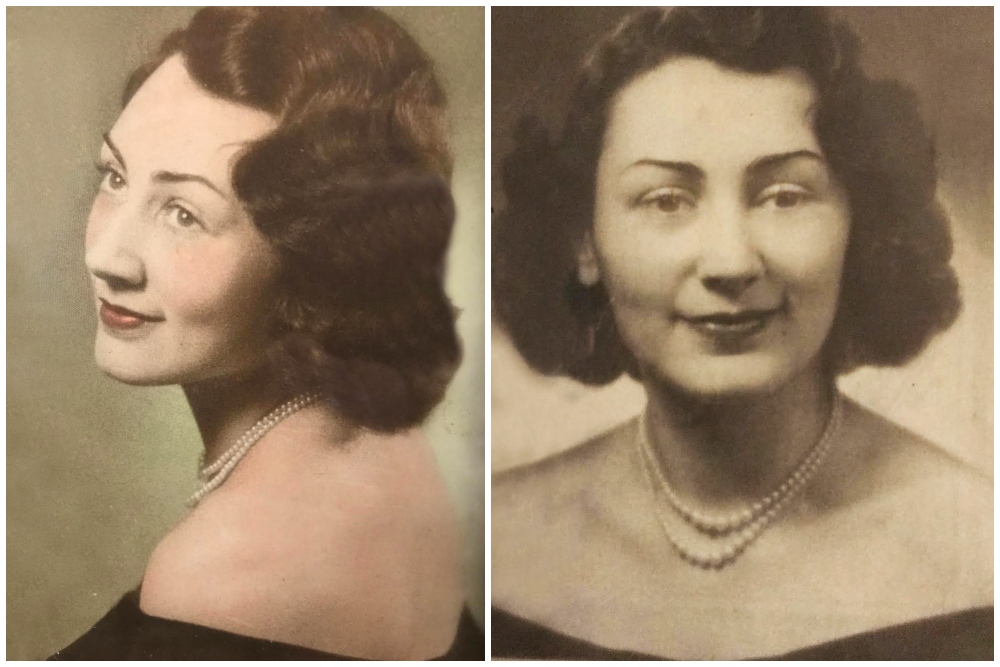 She was sent to Plaszow, an interim stop before Auschwitz, the camp from which Oskar Schindler saved Jewish lives with his list. Helena was not on that list. Nevertheless, her life was spared once again from a second firing squad. A young Jewish policeman, indebted to her for helping his sister, arrived just in time to save her.

By the winter of 1944, the Germans evacuated Auschwitz forcing prisoners on the infamous Death March to Bergen-Belsen. It was three weeks of walking 500 miles in below freezing temperatures, wearing only a camp uniform. There was one blanket for four people. “I tore the blanket into fours and covered my feet,” Helena explained. She was one of the lucky ones who survived the brutal walk—though barely. When the British Army liberated Bergen-Belsen on April 15, 1945, Helena was mistaken for dead until an officer realized her 60 pound body was still warm.

The British put Helena on a Red Cross relief ship bound for a hospital near Stockholm in Sigtuna, Sweden. “I will never forget the Swedish people as long as I live,” Helena commented. “They took in 6,000 survivors and cared for us selflessly. They restored my faith in humanity.”

In the hospital, Helena met another Auschwitz survivor, Ann Rothman, a master knitter. In the Lodz ghetto Ann had knitted dresses, skirts and sweaters for the wives of German officers who supplied the wool that Jews could no longer buy. Her knitting needles saved her life.

In the hospital, Ann continued to knit for the nurses, doctors and fellow patients. For Helena, Ann created a vibrant sapphire blue sweater that 75 years later dazzled everyone at the seder table. Helena recalled, “Ann told me, although we have no home, no family, no money, we still have Pesach and the memory of our families. Then Ann handed me this blue sweater that she had just finished.” The price: Helena must wear it on Pesach. “Instead of afikomen treats or chocolates, I got a sweater!” Helena laughs. She has worn it every Passover since.

The sweater accompanied Helena to New York in 1947, a trip sponsored by her uncle. She and Ann, also in New York, remained lifelong friends. Helena married Joseph Weinrauch and with their daughter settled on Manhattan’s Upper West Side. Unfortunately, she lost both her husband and daughter and now lives alone. 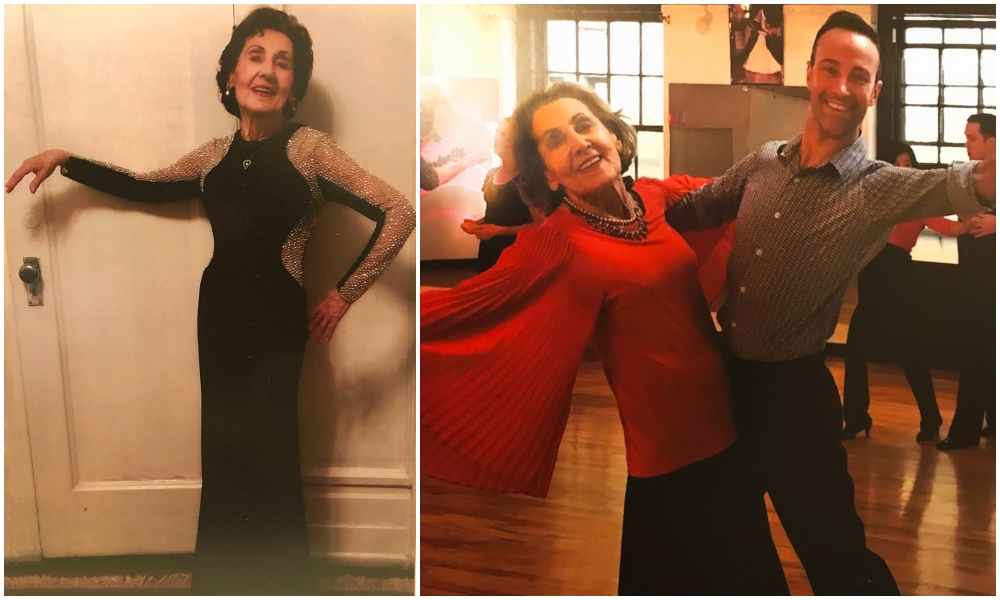 Helena volunteers for the blind and lectures in schools about hatred and bigotry. At 87 she started ballroom dancing, which has become her passion. “As long as I can walk, I’ll dance,” she vows.

Her real secret for staying young, Helena says, is indulging in cheese, eggs and dark chocolate. “After starving for years, I promised myself that if I survived, I’d eat whatever I wanted,” she said. Aglow in her sapphire blue sweater that seder night, Helena reached for a piece of dark chocolate almond bark and beamed at the table. Ninety-five years old, and everyone was in love with her.

END_OF_DOCUMENT_TOKEN_TO_BE_REPLACED

10 thoughts on “The Girl in the Blue Sweater”