Talk of the Table | Seven Dishes for Seven Decades

The long tradition of Jewish food, wrote culinary historian Gil Marks, has always been one of “transforming and transferring,” and Israeli food is no exception. On Israel’s 70th anniversary, we look at Israeli history through food: We selected seven dishes, one for each decade. A word of warning: These dishes by no means represent the entire story of Israeli cuisine. But they can provide your taste buds with a reminder of how the country’s culinary traditions evolved—and what they say about Israeli history. 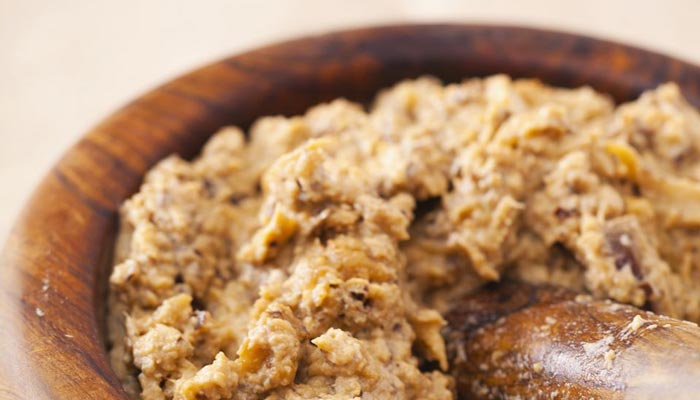 A key challenge facing the struggling newborn nation was feeding the droves of immigrants arriving at its shores. The shortage of supplies and the lack of foreign currency to import food forced leaders to impose food rationing. Each month, every citizen was allocated, for example, unlimited rye bread, half an ounce of rice and legumes a day, one-and-a-half pounds of onions and about two ounces of meat. Egg powder and fish oil supplemented the nutrient-scarce diet.

Ashkenazi Jews, coming from a cold European climate to the sunny Mediterranean, were confronted with unfamiliar ingredients, among them eggplant, zucchini and tomatoes. With chickens being scarce and expensive, they were forced to reinvent vegetarian “chopped liver” by frying eggplant, which has a malleable flavor, then putting it through a hand-cranked meat grinder and mixing it with chopped eggs. Unable to buy herring, the immigrants also came up with a herring-flavored eggplant salad, topped with green onion, dill, mayo and pickles. 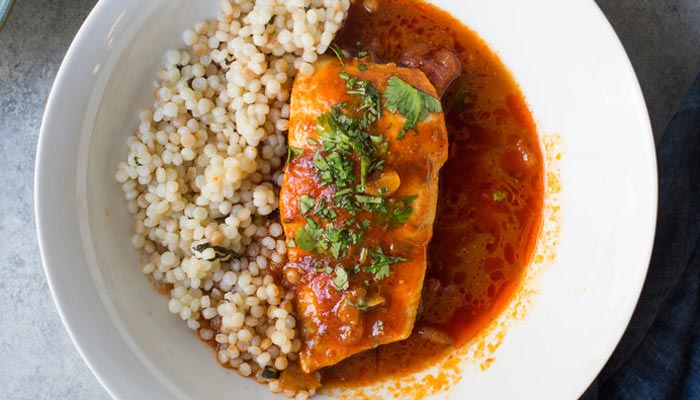 In Israel’s second decade, interactions among immigrant groups became more common, and Sephardi and Mizrachi Jews began sharing recipes and kitchen secrets. Among them were Moroccan, Tunisian and Libyan dishes of spicy fish served over couscous, as well as Libyan beef-stuffed potato in tomato sauce, a Turkish burek pastry stuffed with feta cheese or spinach, and ghiveci, a Romanian vegetable stew. Families began to serve a mix of Sephardi and Ashkenazi dishes, and East European chicken soup became a staple of all Israeli Shabbat dinners.

Prosperity leads to local dishes such as grilled meats & mezze 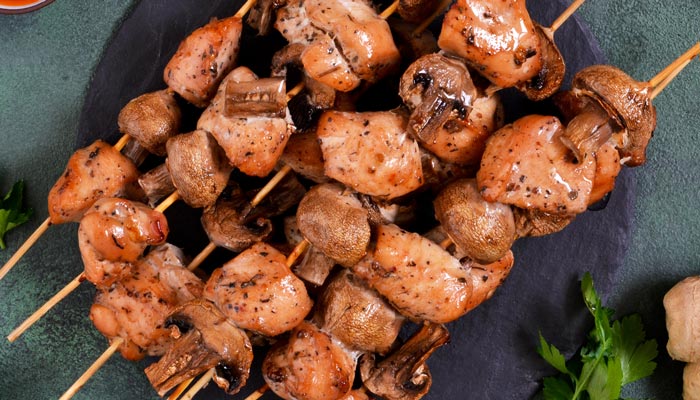 A sense of prosperity, coupled with nationalistic euphoria following Israel’s victory in the Six-Day War, brought a wave of restaurants offering local Palestinian-style fare known as Al Ha’Esh—literally “on the fire.” Shish kebab—grilled cubes of lamb, beef or chicken—and Meorav Yerushalmi, innards—including hearts and sweetbreads—took center stage. These dishes joined tables laden with Levantine mezze of hummus, tahini, chopped vegetable and herb salads, eggplant salads and more. (Israelis around this time learned to love hummus, which remains a national obsession to this day.) A meal of all the above, on a plate or stuffed in pita bread that’s about to explode, remains a staple of Israeli dining and is still considered one of the best ways to celebrate Independence Day. 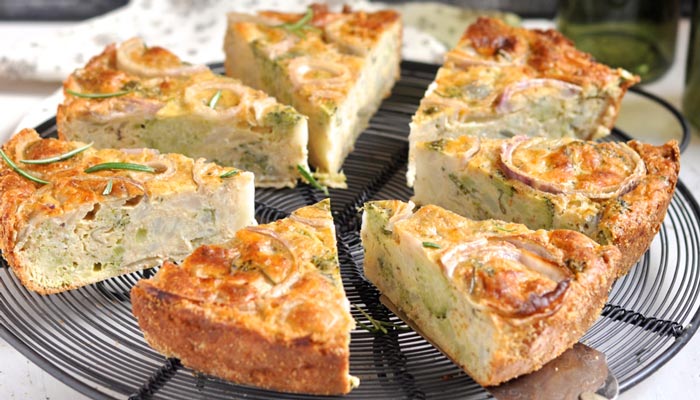 As the country continued to prosper, a new generation of hosts developed a taste for throwing over-the-top dinner parties. Sharing the table with 1970s standards such as cheese balls and pigs-in-blankets (called Moses in the Basket) was always at least one pashtida, a simple vegetable kugel that became a national favorite. Popular variations of pashtida included zucchini, eggplant, spinach and mushroom, with or without cheese, all mixed with eggs and flour and baked to golden perfection. Even today, it’s hard to find an Israeli gathering without at least one variety of pashtida. 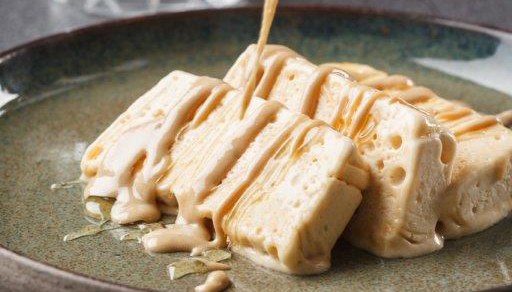 In the 1990s, Israeli chefs began struggling to define Israeli cuisine: Was it a melting pot or a chopped salad of different cuisines that had arrived from the Jewish diaspora? What was the role of the Palestinian food tradition? Some chefs responded to the challenge by creating their own unique modern Israeli cuisine. Tzahi Bukshester came up with the idea of marrying local Arab sesame halvah with a French classic dessert. It was an immediate sensation, written about in newspapers and copied by other chefs. The halvah parfait set off a race for new dishes as chefs turned for inspiration to their mothers’ and grandmothers’ traditional recipes, then added in elements from Palestinian cuisine, their own travels, diaspora and world culinary trends.

Israeli fusion takes off with dishes such as veal brain croissant 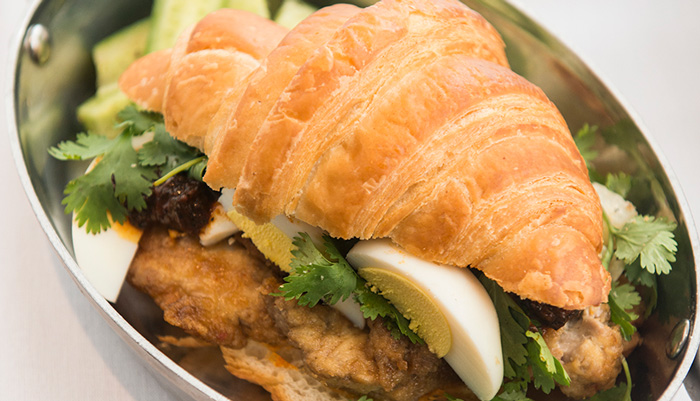 Back to basics, Israeli-chef style, with new twists on old favorites 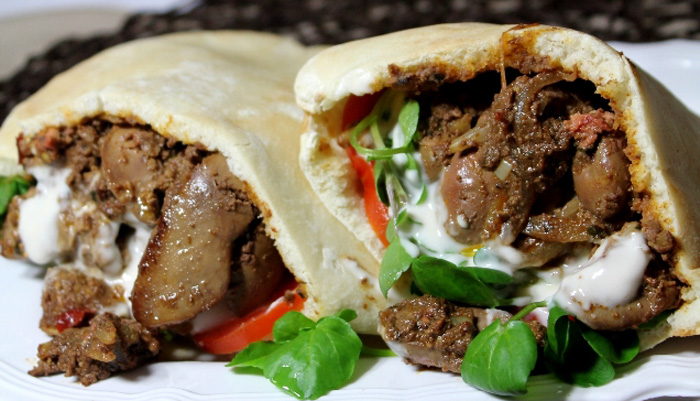 Israeli cooking has swung back to simplicity with a new trend born of the realization that the traditional recipes our foremothers brought with them from the diaspora to Israel are delicious, especially with some new flavors added. The trend is epitomized by chef Eyal Shani’s signature grilled chicken livers with tahini and spicy sauce, which he serves up at his fast-casual eatery in New York City. He grills the real chicken livers that Israel’s early Ashkenazi immigrants longed for and stuffs them into a fluffy Israeli-style pita before topping them with Arab tahini sauce and a spicy salsa. This version of chicken livers may be the most refined expression of the elusive concept of Israeli cuisine, mixing simple tradition with local ingredients and taking them to new heights.

Vered Guttman is a Washington, DC-based food writer and chef.