While the decade was long, 2019 felt much longer. Climate strikes, impeachment hearings and multiple elections in the U.S., UK, and Israel have dominated the ever-accelerating fast-paced news cycle so that other stories seemed drowned out by all the noise. Take a minute to look back at the articles that shaped 2019 for us and our readers. With topics ranging from Disney princesses to George Soros, Bob Dylan to Yeshiva University, here are Moment’s top 19 most-read stories of 2019. 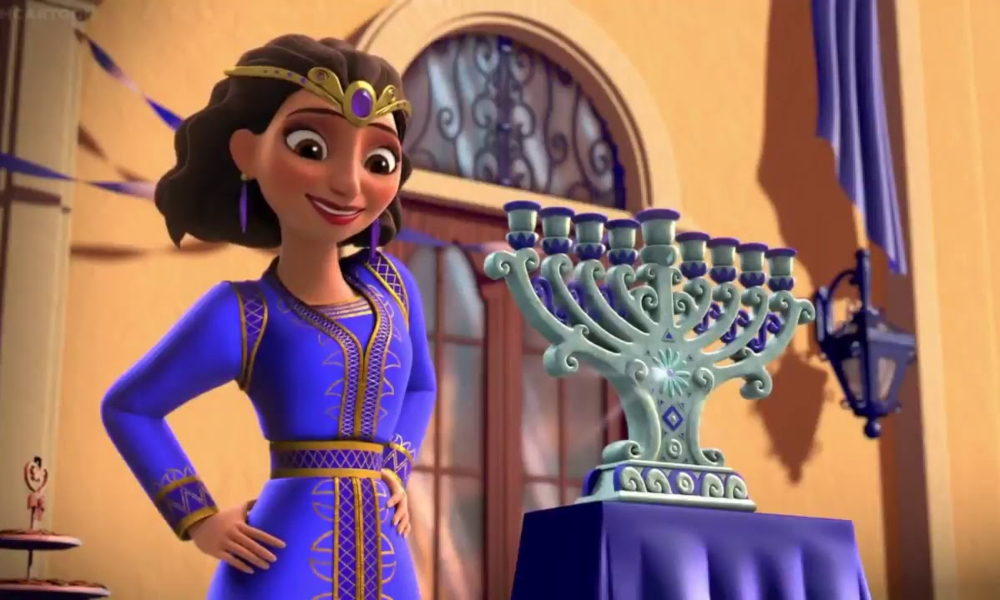 2019 ended on a high for Jewish Disney fans, as Disney debuted their first Jewish princess: Rebecca of the kingdom of Galonia. Guest-starring in the holiday episode of the Emmy-winning, Disney Junior Channel series Elena of Avalor, Rebecca is the latest example of Disney’s expanding and evolving princess/heroine diversity palette. 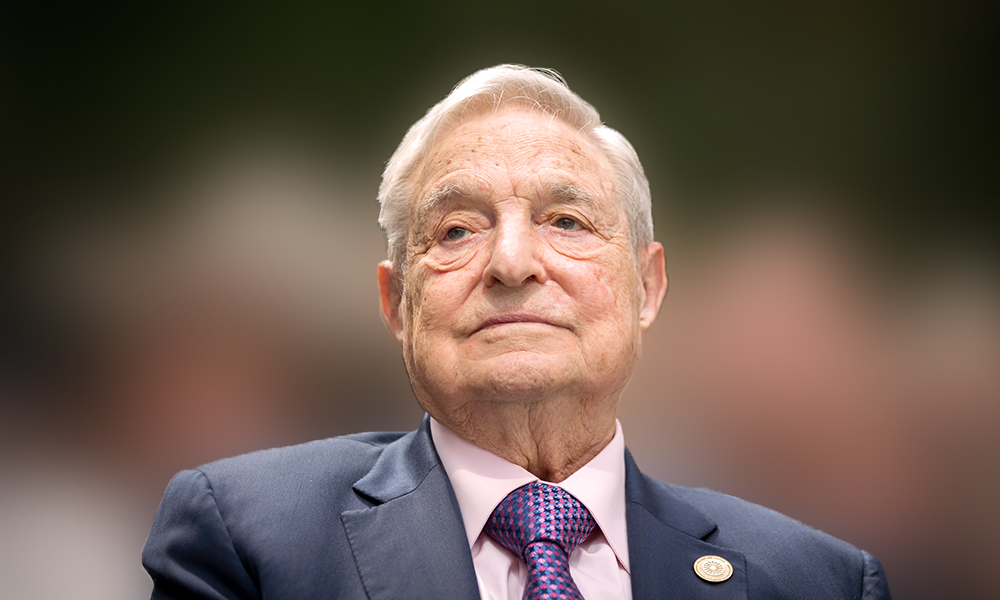 Philanthropist and Holocaust survivor George Soros made headlines—and enemies—this year as he criticized the Trump administration and spoke his mind about the “fall of liberal societies.” Soros has also been accused of being a Nazi collaborator. This story, part of a multi-part series, tells how this anti-Semitic trope went from the extreme to the mainstream. 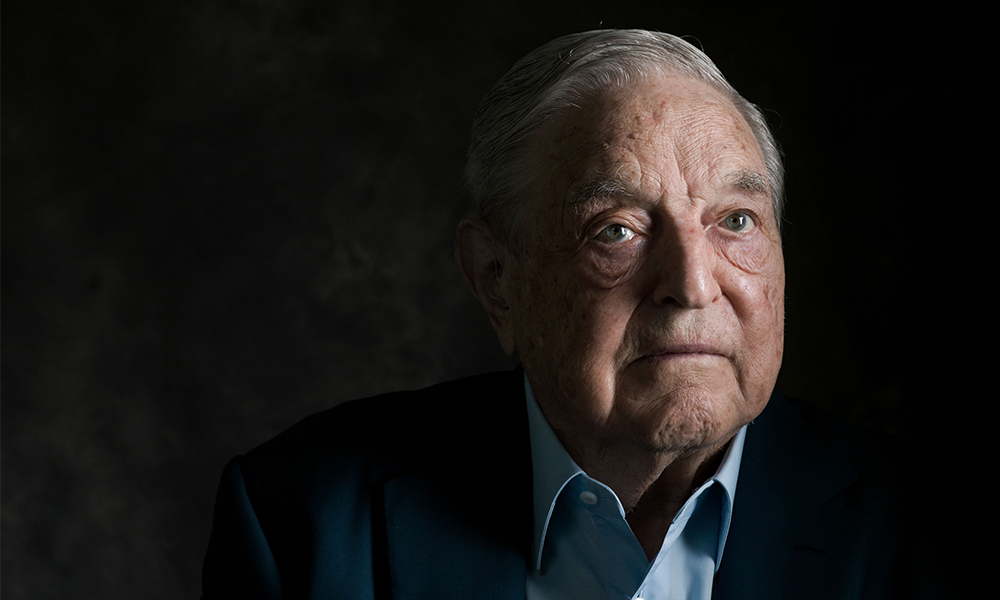 The Vilification of George Soros in Israel

The defamatory accusations against Soros read beyond the United States, infiltrating the Israeli as well as Hungarian opinions of the billionaire philanthropist. This introduction tells how he became vilified. 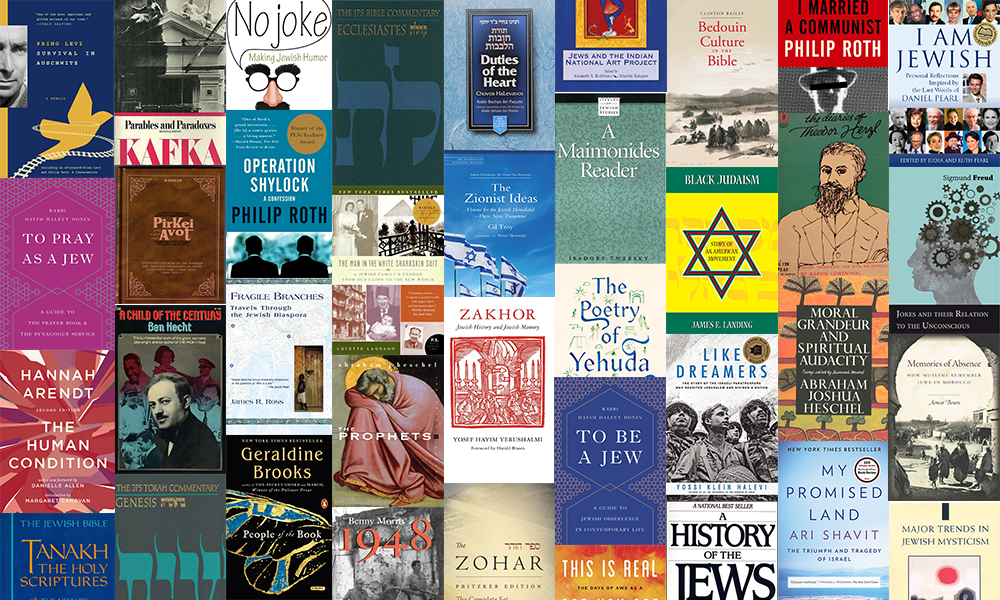 Five Books to Be an Educated Jew

Did you get through all the books you wanted to read this year? Neither did we. But there is never a bad time to add more books to the stack. In our summer issue, we asked a collection of educators, writers, thinkers and leaders what five books they recommend to be an educated Jew. Check out their suggestions and get reading! 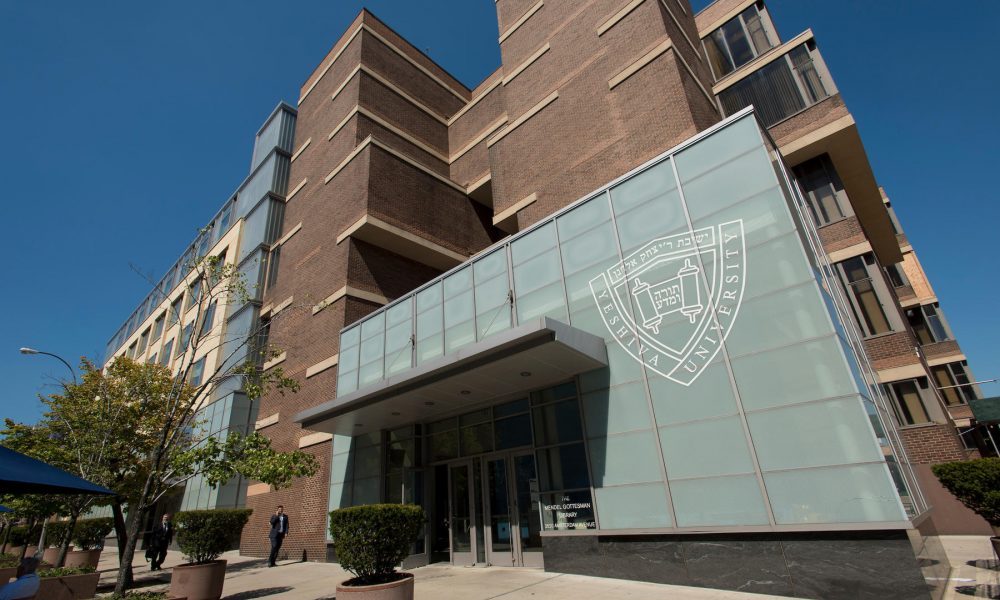 Student protests were all the rage in 2019 thanks to Time’s Person of the Year Greta Thunberg. At New York’s Yeshiva University, students took to the streets to demand action for LGBTQ representation on campus. 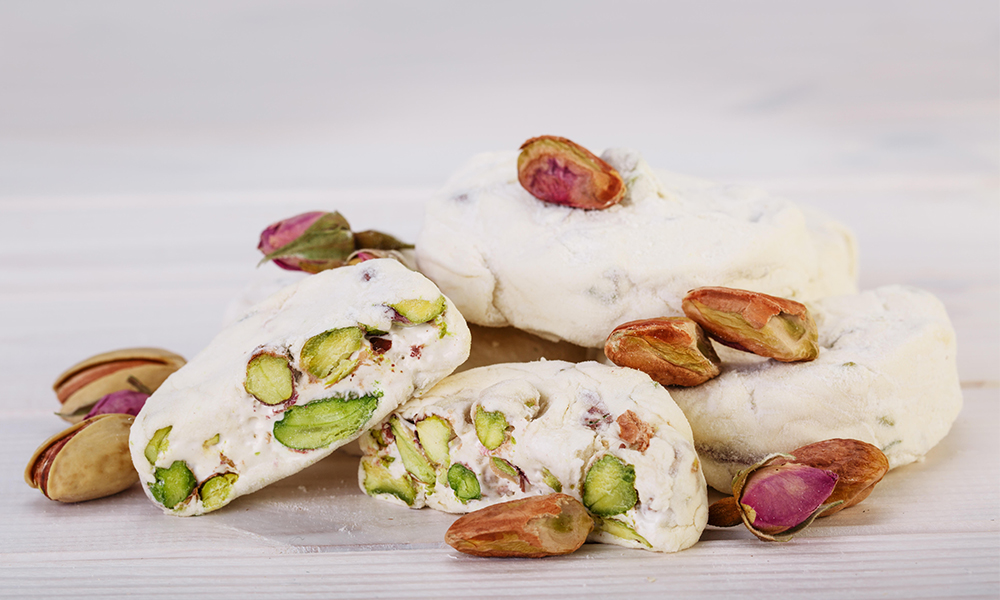 Manna Is Real and Not So Heavenly

Moment went biblical in one of our 2019 Talk of the Tables. Vered Guttman took a deeper look into manna, the miraculous taste-like-whatever-you-want food that God provided for the Israelites as they traveled through the desert from Egypt to the Land of Israel. But when a botany professor discovered a mysterious white drop on the stems of desert shrubs, a real (and less appetizing) manna was revealed. Hungry yet? 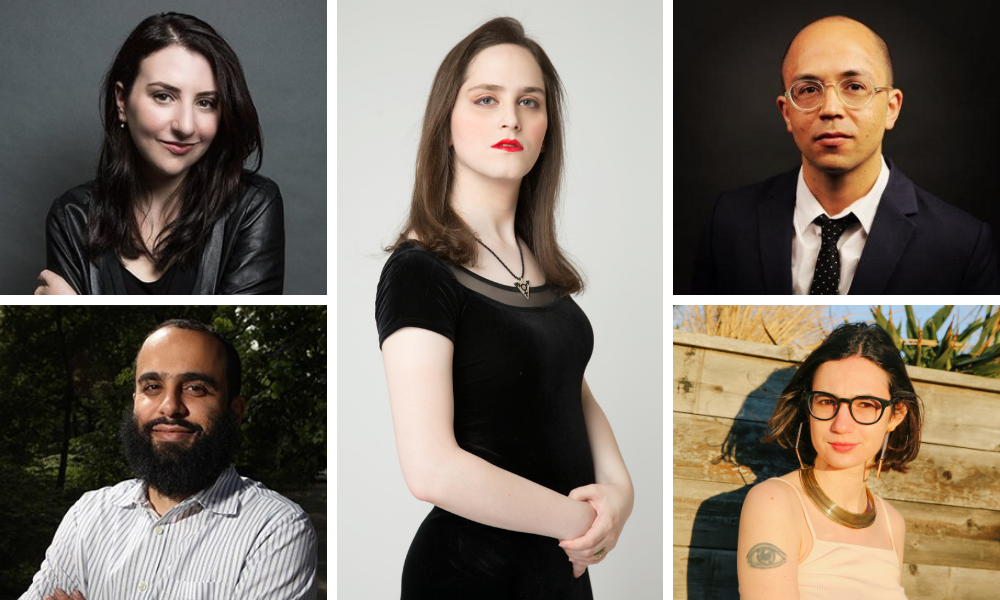 Everyone wants to know what millennials are thinking: What products will they buy? What issues will bring them to the polls? Moment wanted to know how millennials differ when it comes to Jewish identity. We asked 18 millennials to describe how their Judaism diverges from that of their parents, and a complex picture emerged. 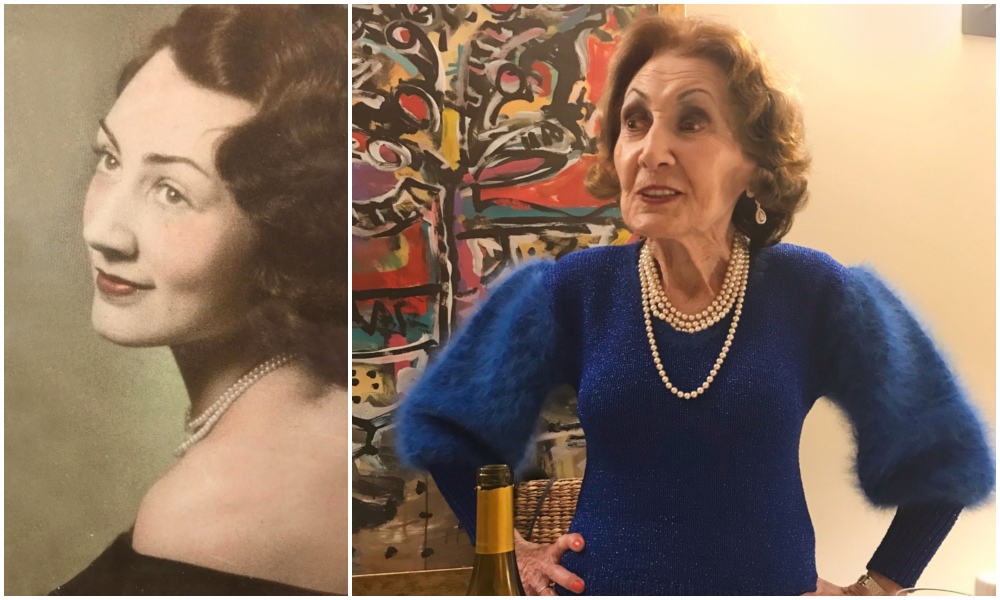 The Girl in the Blue Sweater

When Gail P. Dubov complimented Helena Weinstock Weinrauch on her sapphire-blue sweater, she had no idea that the hand knitted top contained a miraculous story that culminates in survival and hope. Helena survived three concentration camps and when the last one was liberated she was flown by the Red Cross to a hospital in Sweden. Her roommate in the hospital, a fellow survivor, knit the sweater for her. She told me she has worn that sweater every Passover since. 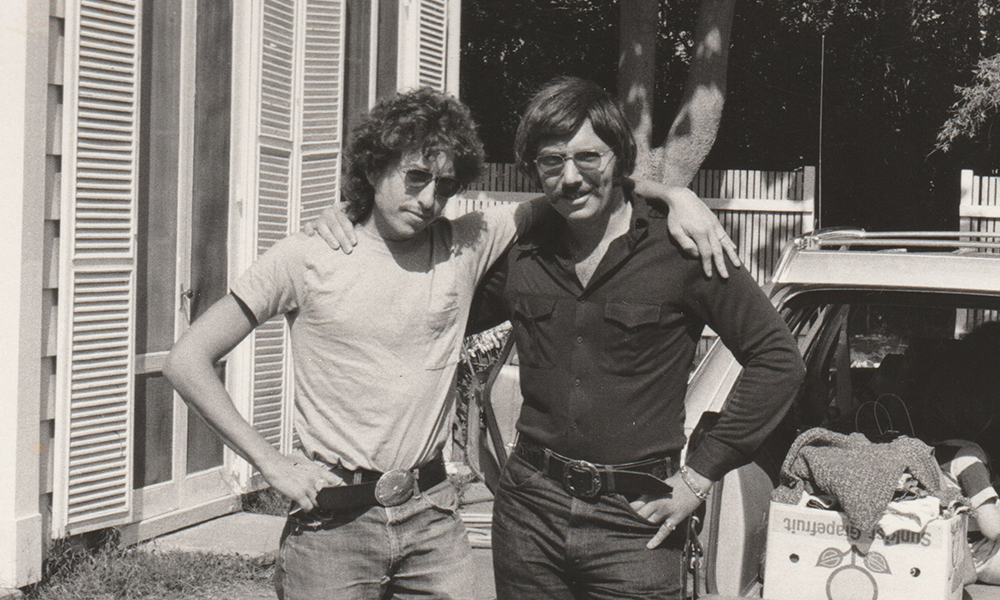 My Adventures With Bob Dylan: An Interview With Louie Kemp

Louie Kemp and Bobby Zimmerman met as kids at a Jewish summer camp. Bobby went on to fame and fortune as Bob Dylan, becoming a music icon of his generation, and Louie as an entrepreneur who made it big producing imitation crab. In a conversation with Moment editor-in-chief Nadine Epstein about his book, Dylan & Me: Fifty Years of Adventures, Kemp recounts how he helped his friend deepen his understanding of Jewish texts and re-embrace Judaism. 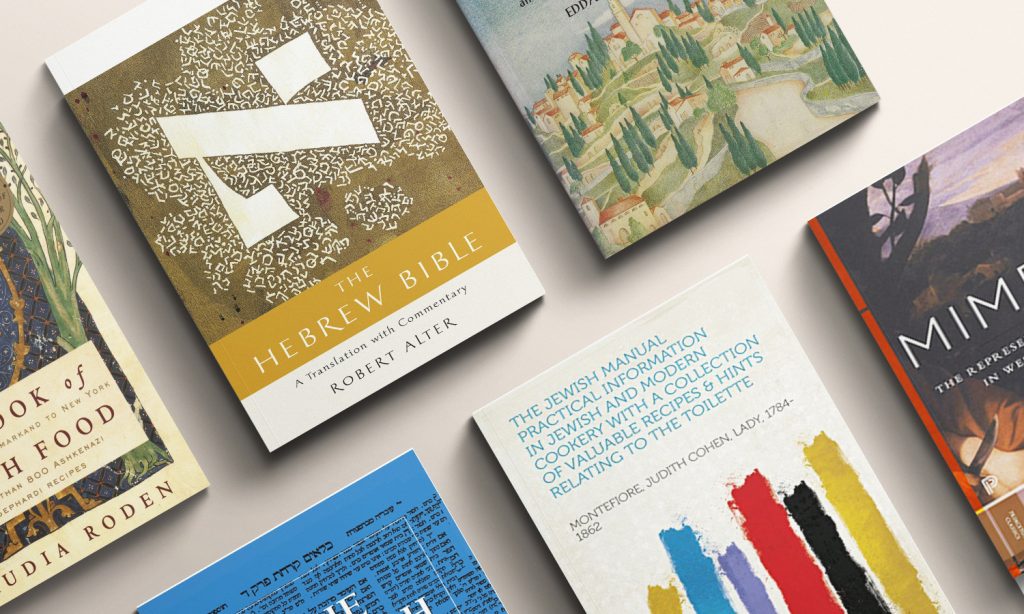 Five Books to Be an Educated Jew: Part II

Haven’t got through all the books from “Five Books to Be an Educated Jew”? Well, make that your New Year’s resolution and check out our second set of recommendations. Maybe we should be called the “People of Books”? 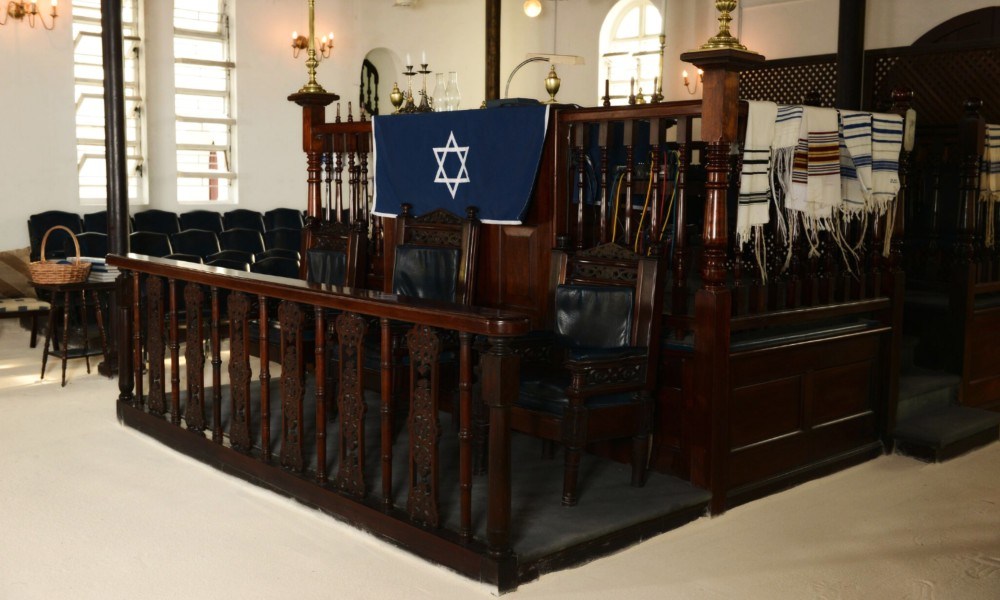 A Guide to Sand Synagogues

In 2019, Julie Bielenberg guided us through three of the remaining five sand synagogues. The very first sand floor synagogue was built in Amsterdam by the Sephardic community in 1675. Fine sand was scattered over a wooden floor for the preservation of building materials, but this could also be used to help conceal Judaic practices by muffling sounds of worship and prayer. 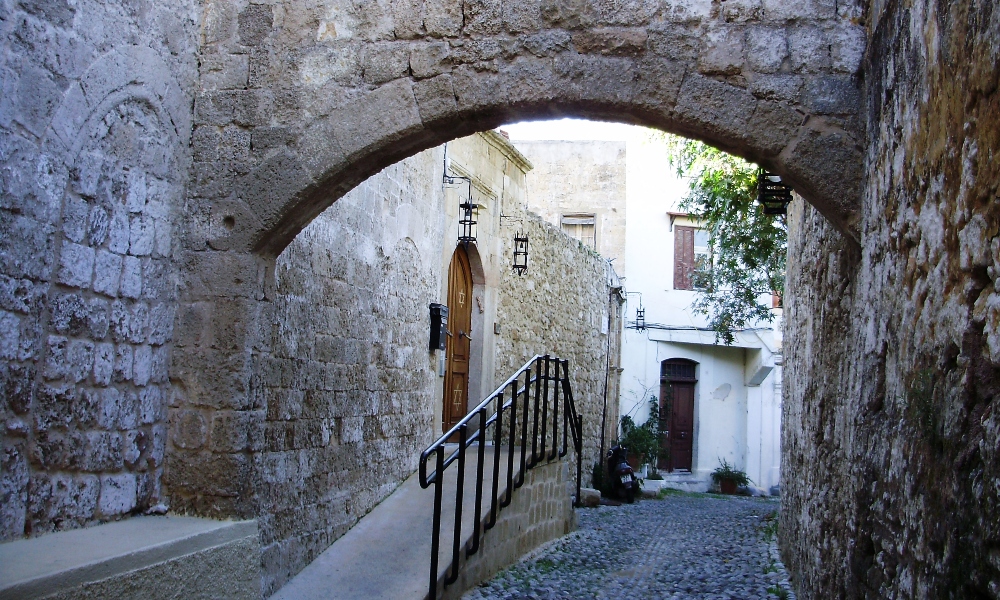 On the Island of Rhodes, Marking 75 Years Since the Jewish Deportation

2019 marked the 75th anniversary of the deportation of the Rhodian Jews during the Holocaust. Today, although there are only a handful of Jews living in the old town, the memory of this community is actively kept alive by their descendants the Rhodeslis. 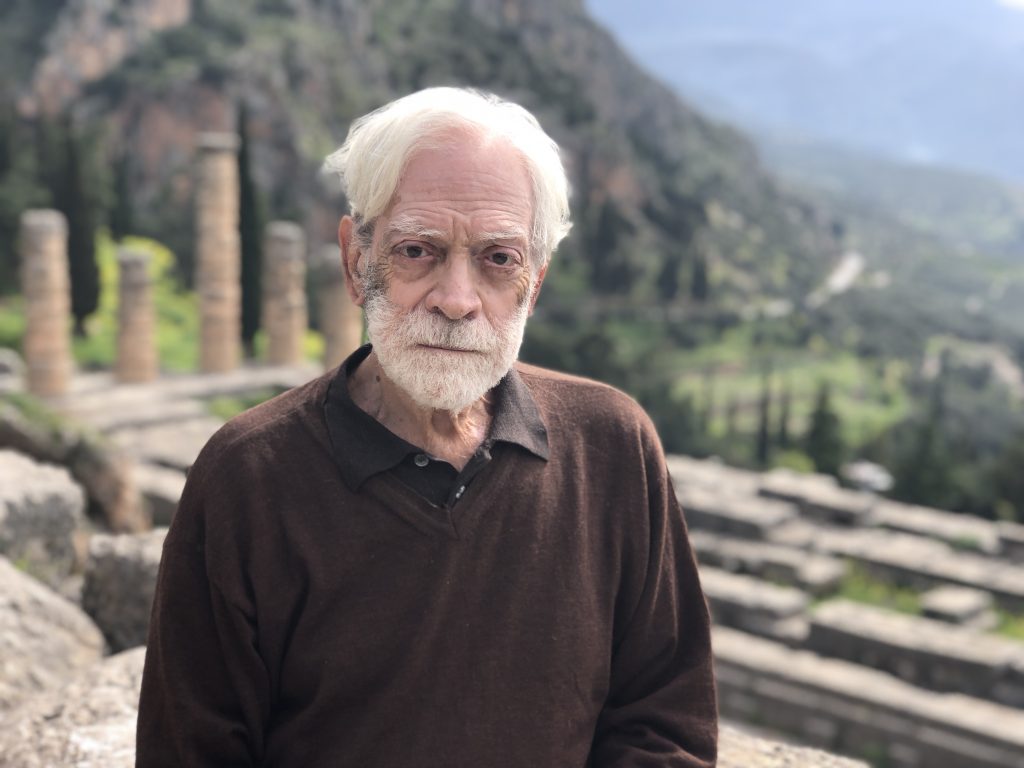 At 81, a Greek Holocaust Survivor Looks Back

Albert Levis, now 81, is a survivor of the deportation of 55,000 Greek Jews during World War II. Surviving with his mother by running, hiding and assuming Christian names, Levis went on to attend medical school and manage an inn. 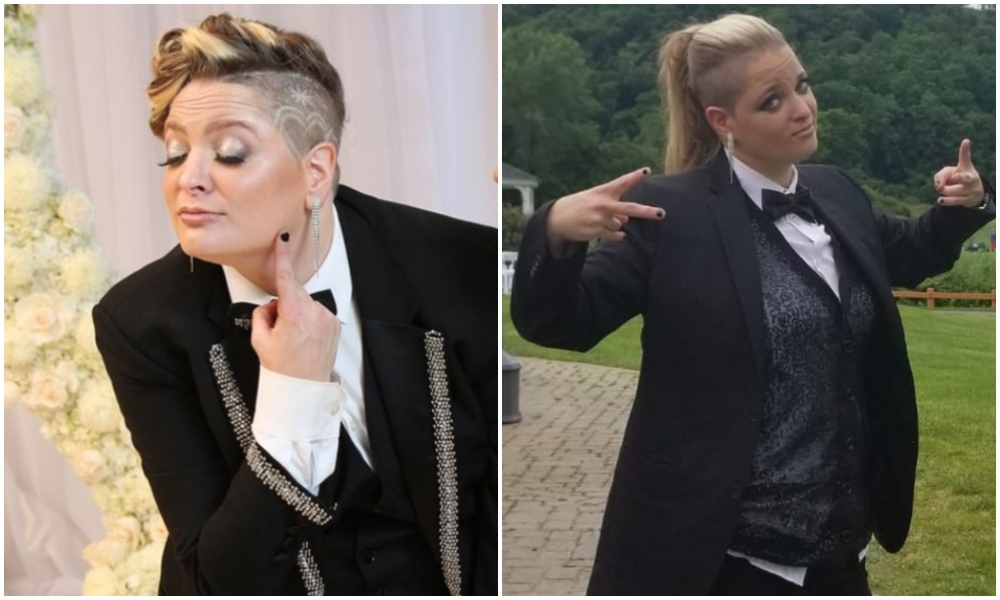 Leah Forster on Life as an Orthodox Comedian

Leah Forster, 36, is an ultra-Orthodox female standup comic—a rare occurrence if ever there was one. Now out as a lesbian and legally married to a woman, Forster has spent much of her life in conflict with herself, even if she does not dub it as such. 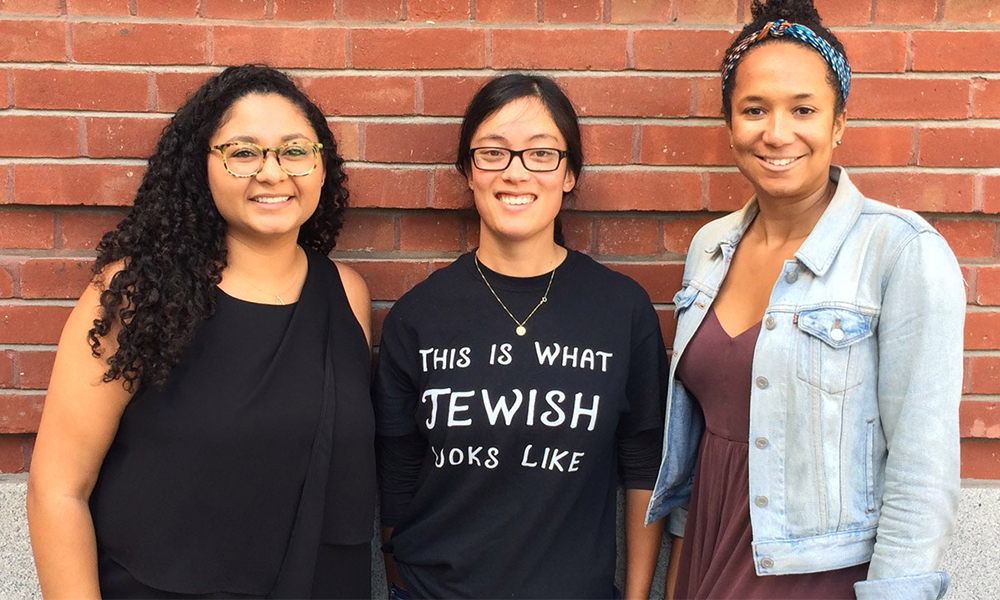 Opinion | Jews of Color Are Us

Moment columnist Letty Cottin Pogrebin wrote about Jews of color, and how until we treat our black and brown brothers and sisters with equal dignity, we can never fulfill the promise of becoming a diverse, welcoming community in which every individual is seen as tzelem elohim, a mirror image of God. 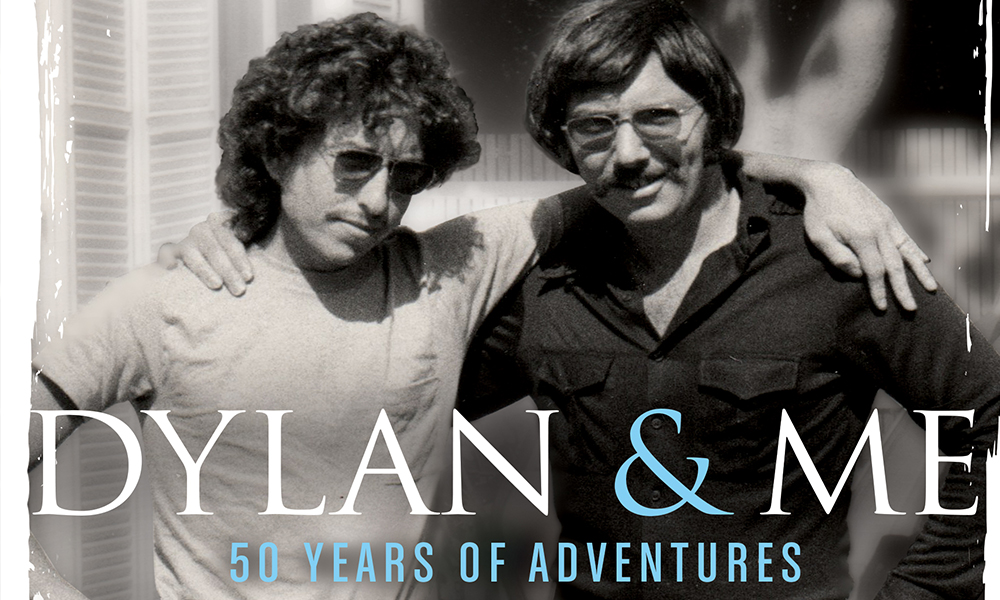 Bob Dylan on the Roof

Excerpted from Dylan & Me: 50 Years of Adventures, by Louie Kemp with Kinky Friedman 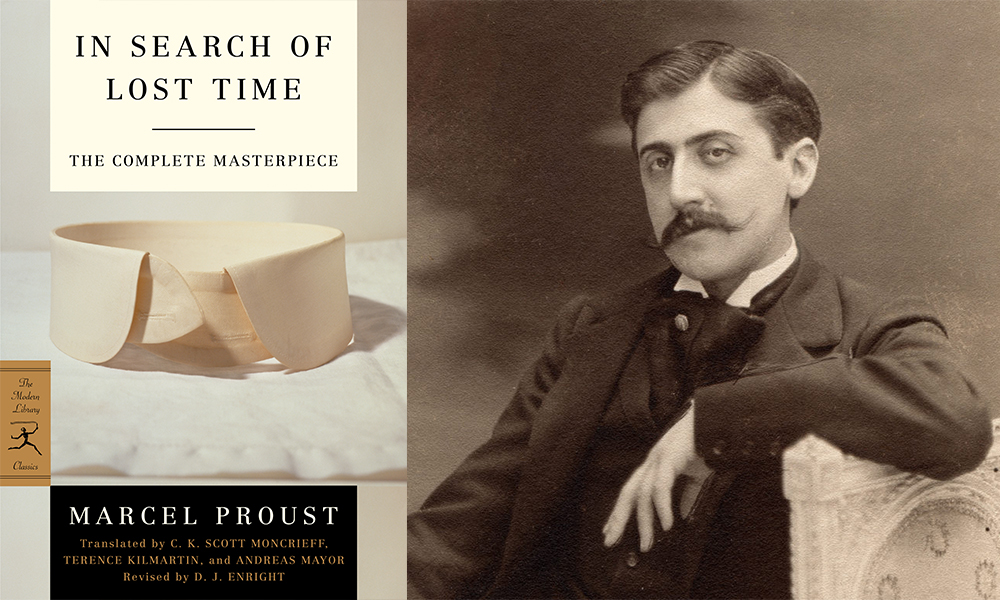 Robert Siegel reviewed Marcel Proust’s In Search of Lost Time almost a century after its original publication—better late than never. 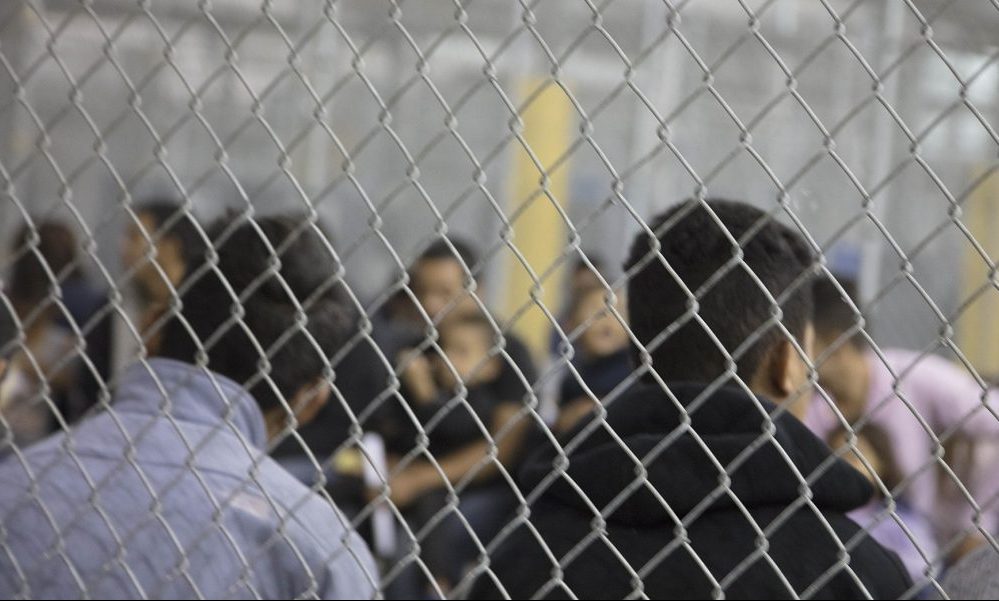 How Should We Use the Term ‘Concentration Camp’?

When Democratic Congresswoman Alexandria Ocasio-Cortez of New York used the term “concentration camp” in June to describe the current situation on the U.S. southern border, she sparked a vicious debate that became less about the crisis at the border and more about what the term really means. 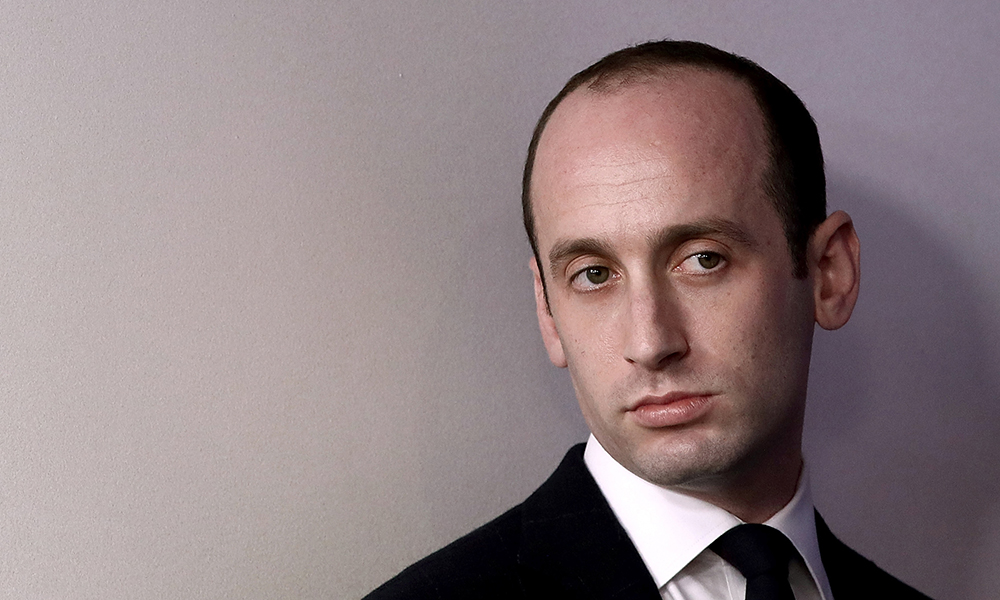 While Stephen Miller largely remains behind the scenes of the Trump administration, he shaped 2019 with his “zero tolerance” policy toward illegal immigration and media appearances defending Trump after the House launched its impeachment inquiry. Washington Post senior editor Marc Fisher wrote a profile on Stephen Miller for Moment.